CLIMATE. THE FUTURE IS NOW (Transcripts of the video)
Articles
Main

Value of Life is far above anything earthly

Transcripts of the video “CLIMATE. THE FUTURE IS NOW” with the participation of Igor Mikhailovich Danilov. Part 9.

What is the true value of life? Why does negative information prevail in mass-media? Can we change it? There is a dictatorship of the minority over the majority in our world. How to avoid the situation when 1% of the inevitably dead slaves of the system kill 99% of potentially alive people? Why is it important for the Alive not to be silent? Freedom of choice and value of life. You shouldn’t hope that someone will come and save you. Spiritual salvation of a person is his own achievement.

Nothing earthly can compare with Spiritual Life

Camera operator (Anna): Regarding the value of Life... For example, in the context of the climatic situation, the first basis of ALLATRA – the value of life – is revealed from a completely different perspective because a person… what is meant… it’s about True Life. 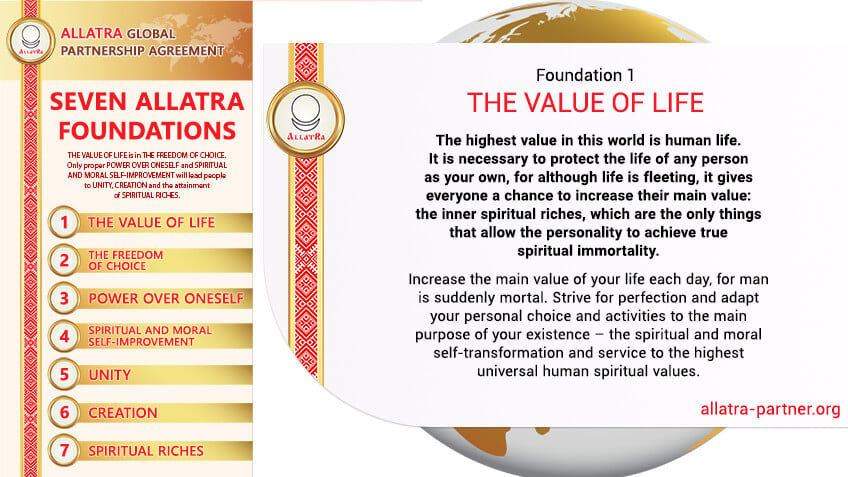 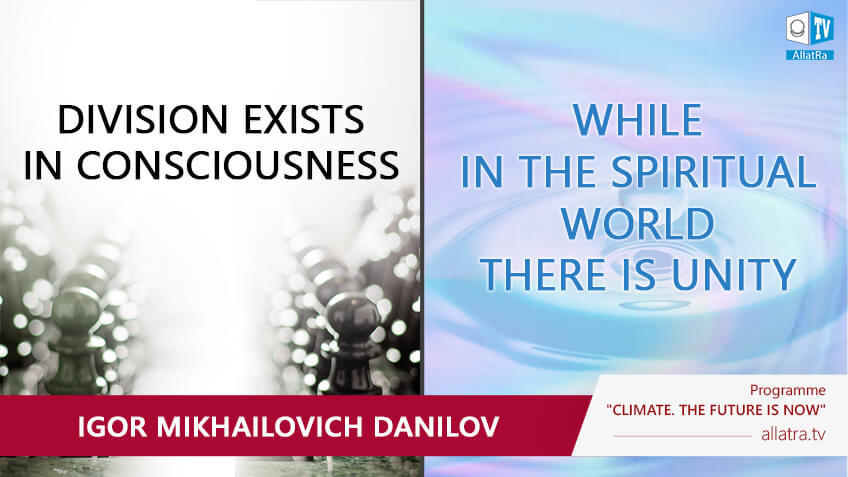 Camera operator (Anna): This life is like shared, one for all, the true one, and that very understanding of it that…

IM: Its value is much higher than of anything earthly. Nothing earthly can compare with the Spiritual Life, the Eternal Life. That’s the point. 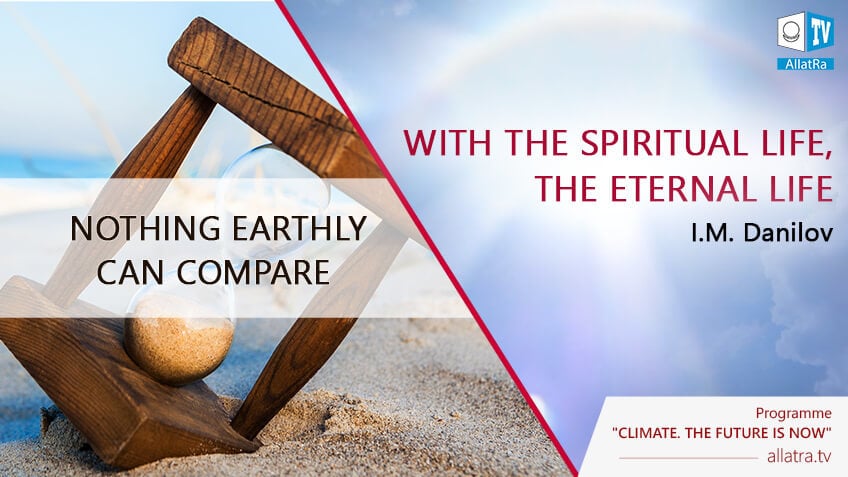 Why mass-media impose negative information on people? How to shift their focus to real values in life?

T: There is also this kind of notion that “If you want to know what the society will be like tomorrow, look at what kind of information mass media supply…”

IM: What mass media are feeding it with today.

IM: But this is really so. And who forms the market, once again? After all, mass media also react quickly to the market: whatever is in people’s heads and what people are drawn to, that’s what they are given. This is the market. As long as people consume, pardon me, a spoiled product, that’s what they’ll be fed with.

And, in fact, it’s enough just to stop consuming spoiled products, simply not to consume – and then mass media will have to provide the market with what? With fresh healthy products. Isn’t it so? Otherwise they will just cease to exist.

Who chooses? People choose, you choose. If you want to be fed with, pardon me, spoiled products, then you will be fed with them. Well, isn’t it so?

And actually, if we look at the root of this issue, then, in fact, less than 1% are  system’s slaves (we’ve already talked about this). They are the ones who dictate the system's will to these 99%. And these 99% agree and understand this, no matter who you talk to.

After all, people all over the world have been saying lately that it’s unbearable to watch the news, it’s unbearable to read newspapers – there’s endless negativity. Well, isn’t it so? And no one likes it, but everyone watches, everyone reads it. Why? Because less than 1% of the world population imposes these directives on the other 99%.

Guys, who prevents you from just stopping to do it? If it doesn’t correspond to your demand, if, pardon me, this product doesn’t comply with your taste and your wish – put it aside, turn it off, and don’t watch it. If everyone who doesn’t like it does so, these mass media will have nothing left to do. They will be giving you what you want. Well, isn’t it so?

Value of freedom of choice in human life

T: In order not to have the worst-case scenario which…

IM: Of course. This is called a dictatorship of minority over the majority for their own benefit, that's all.

But you just need to really understand that you have the right of choice. In fact, this very freedom of choice solves a lot, including here in this world where the devil sort of reigns. He reigns in your heads for as long as you allow this. 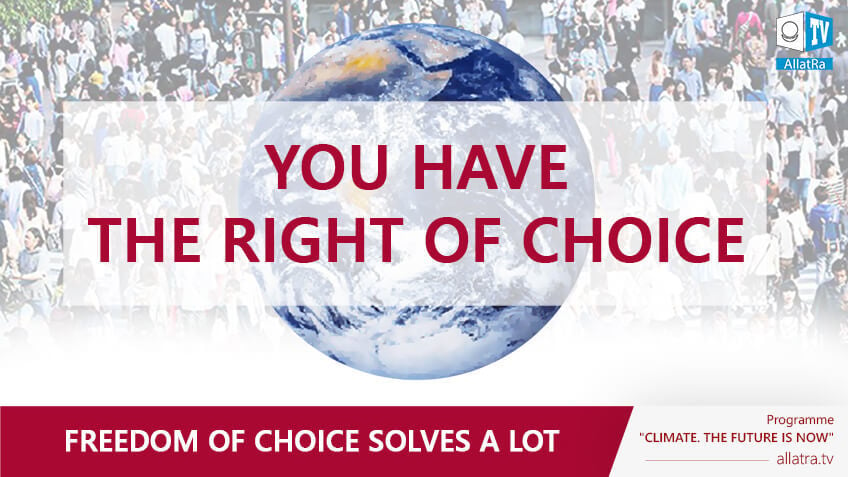 T: And in order for the situation to change and for the 1% to understand how many of us there are, we must not be silent.

IM: Absolutely right. Yes, there are very few spiritually free people, but it’s enough for them just to make themselves known, and the 99% will wake up. And then, those won’t be heard at all. And the alive ones will prevail over the dead.

In order to avoid a situation where 1% of the inevitably dead slaves of the system kill 99% of potentially alive people, we must start changing something, changing, first of all, in ourselves. And most importantly – not be silent about it. Right? Then everything will be fine in the world. 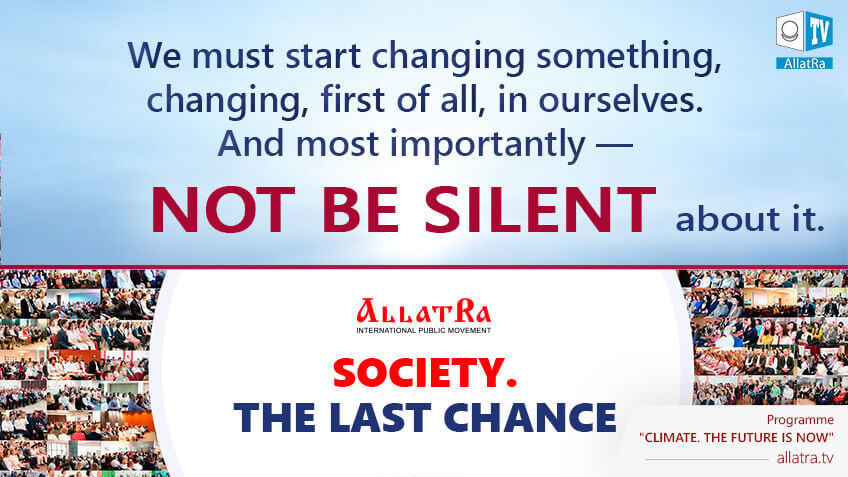 Spiritual salvation of a person is his own achievement

T: This understanding that, certainly, all people are absolutely equal in the face of that force of nature, in the face of those cataclysms that occur, and that above all, everyone is equally given the same chance for salvation.

T: That the Spiritual World, the One who will come into this world, He will come with fairness.

T: That is, every person will be given an equal chance for salvation. 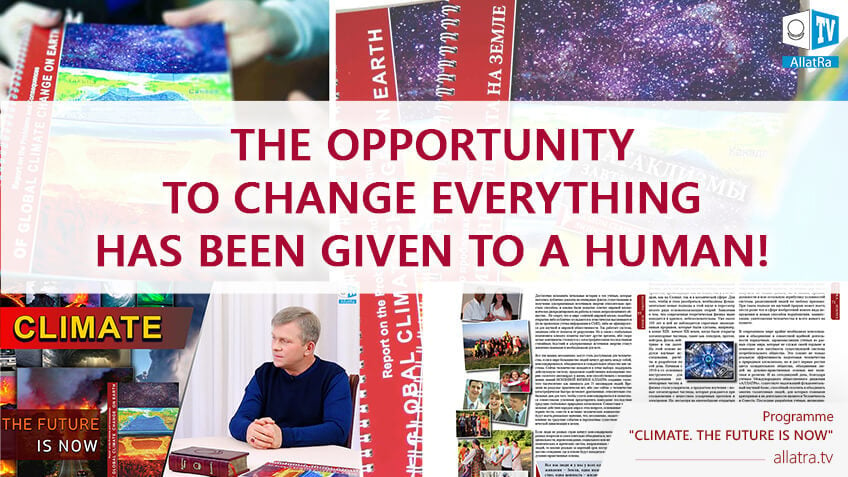 IM: Well, in either case, it won’t hurt. No matter how events develop, we’ve already talked about this today, spiritual salvation of a person is, first of all, his own achievement.

Right? It’s clear that some people, we’ve mentioned it many times, are trying to shift responsibility onto someone else who “will come, save and do”. No. It’s like a doctor: he came and prescribed pills, but it’s you who should take them if you want to recover. If you don’t take the pills, then, pardon me, an ordinary cold can cause a complication with a fatal outcome. Isn’t it so?

That’s why it’s important here. And you shouldn’t hope that someone will come and do something, we’ve said it many times already. Yes, in exceptional cases, for outstanding merits before the Spiritual World, peace can be granted. Well, and in rare, exceptionally rare cases someone can be given salvation.

But again, what makes you think that it will be you, human? Isn’t it so? What have you done for it? And again, who starts working here? Consciousness: “Well, but I’m here, but I was born”, pridefulness and the rest. For as long as it starts working, it’s a one-way ticket, but in the wrong direction.

That’s why one should move, one should act, one should, first of all, be honest with oneself. And then everything works out for the best. Just to be a Human! After all, the spiritual path is wonderful. What can compare with it in this world? 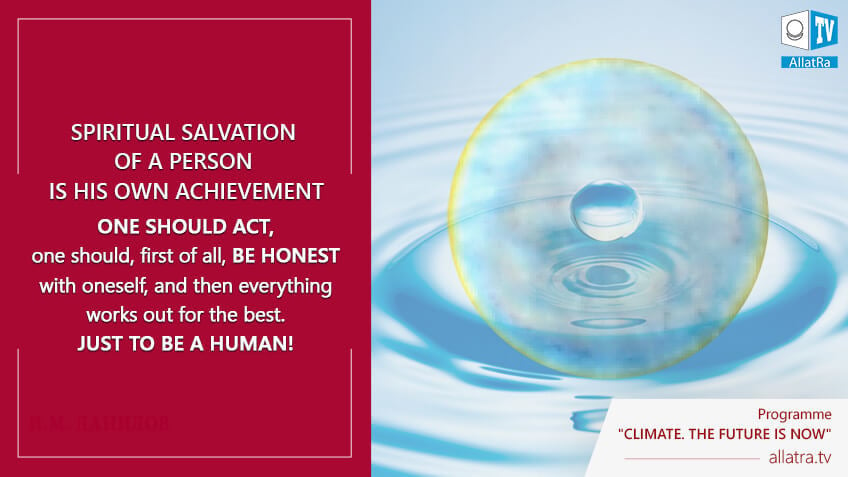 What is the most important value in human life? 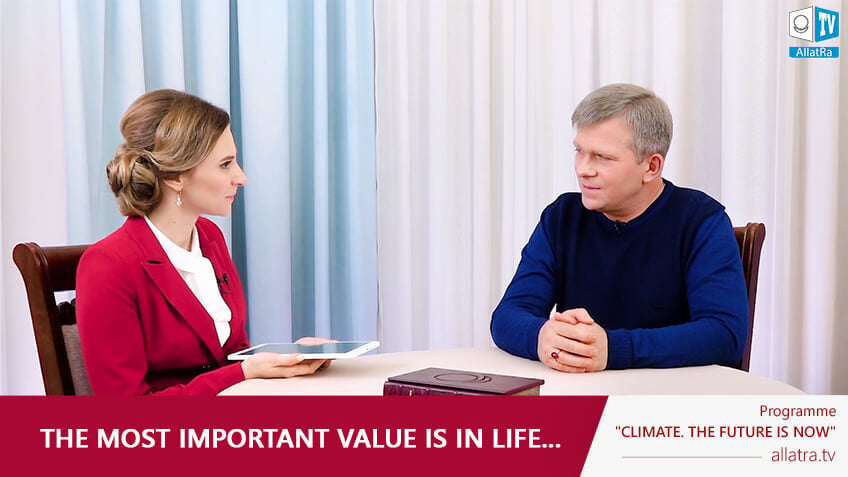 T: How much each step frees a person and gives him, you know, such an inner impetus, just sort of an ezoosmos and a boost when it comes to attaining Life. And…

IM: Surely. It’s Life, after all. And what is everything based on?

IM: Therefore, my friends, let’s love one another. Thank you for being with us today.