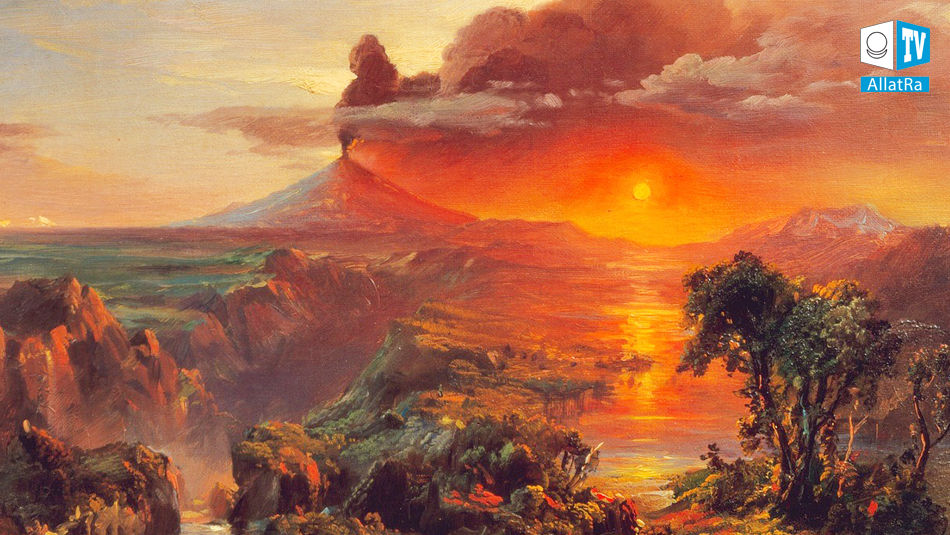 Active volcanoes are located in the seismically active belts of our planet, where lithospheric plates collide or diverge. Such Earth crust movements are accompanied by frequent earthquakes, and therefore volcanic eruptions. Under each volcano-mountain, there is a magma chamber - a reservoir containing large volumes of molten magma. When the pressure in this reservoir reaches its peak, an eruption occurs. The pressure increase is affected by various processes:

The processes below the magma chamber

Many volcanoes are located in places where tectonic plates collide. The lower plate descends into the mantle (the layer between the crust and the core of the planet), heats up and releases volatile substances that enter the upper layers of the solid mantle and melt it. It makes new portion of magma which gets into the magmatic reservoir of the volcano. When the chamber is completely filled, the surplus of magma comes up to the surface through the volcano channels.

The processes inside the magma chamber

Due to reduction of temperature, the magma inside the reservoir crystallizes gradually, sinks to the bottom, displaces the lighter molten rocks, and forces them out into the upper part of the chamber. These rocks put high pressure on the lid of the chamber. If the lid can not withstand the pressure and breaks, an eruption starts.

There’s another phenomenon occurring inside the chamber. For example, magma can mix with surrounding rocks and, in the process of assimilation, it can put pressure on the lid of the reservoir. Then it either flows through the volcano channel or, if there isn’t one, finds places with the least pressure and causes the walls of the chamber to collapse. Its splashes can also cause the volcano eruption. This process is unpredictable and can happen at any time.

The processes above the magmatic chamber

After cracks appear on the surface of the volcano, meltwater and rainwater seep into the reservoir and start interacting with magma. Then molten rocks come to the surface in the form of lava or a mixture of high-temperature volcanic gases, ash and stones. If the place of exit is on the slope of the volcano its dome may collapse under gravity. This causes very large eruptions. Another reason would be the global warming. Large amounts of ice are melting and the pressure above the magma chamber decreases, leading to magma breaking out.

So, the process of volcanic eruption is interconnected with such natural phenomenons as lithospheric plates’ movement, earthquakes, glaciers melting, rains, and other natural forces occurring on the surface of the earth's crust. So that, volcanoes and earthquakes are the most frequent combination. 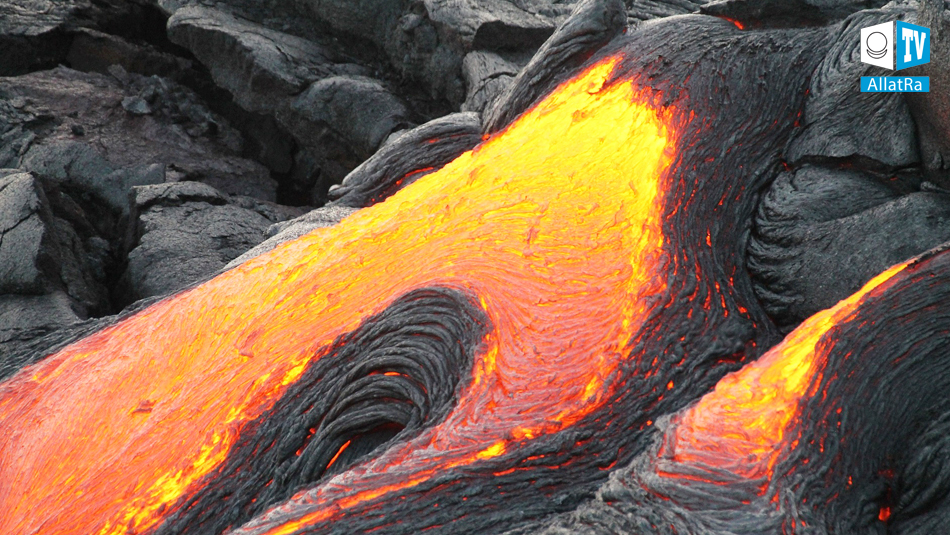 Volcanic eruption is a very dangerous natural phenomenon. The eruption still causes great harm to both nature and people even if it happens without destruction and human victims.  Soil remains scorched for many years in the area where lava has flown. Emitted ash clouds pollute the air and can subsequently cause acid rains which can lead to contamination of soil and water bodies. If the drinking water supply is replenished from those bodies - it can cause another disaster.

The main danger for living beings is breathing in volcanic ash and smoke. Volcanic ash is significantly different from ordinary ash. It is much smaller, so it stays in the air for a long time as the dredge and gets into the respiratory system much easier. It leads to heavy breathing, combined with clouds of smoke it causes disorientation and the one can lose precious time to get medical help.

Powerful volcanic eruptions can cause consequences not just on a single continent but over vast areas. For example, the Icelandic volcano Eyjafjallajökull eruption in 2010 led to a decrease in temperature throughout the planet by 0.5-0.7° C.

Timely received information about the imminence of natural disasters, whether it is a volcanic eruption, an earthquake, a tsunami or something else, is one of the main criteria for saving the population. Of course, scientists are the first to warn people about the impending danger. Being engaged in observation and research of geophysical factors of nature, they see and understand the scale of forthcoming events before everybody else.

A unique program "It Is Coming" with Igor Mikhailovich Danilov released on January 30th 2018 on the AllatRa TV channel, tells about the upcoming global catastrophes, which will happen in Italy, USA, Japan, and China.

Mutual aid and mutual respect have always provided a high level of safety for people under any circumstances, and now it is more important than ever.

In order to withstand all coming difficulties, we must accept and respect people with a different worldview, a different way of life, behavior and customs. After all, we all are one big family. Our bodies consist of the same atoms and molecules, everyone has a Soul. We all feel the same - joy and love. And even though we cannot change the course of natural disasters, we can prepare ourselves for the upcoming ordeals within spiritual and moral perspective. It is something everyone can do. As it is said in the video "It Is Coming": "...humanity, that will be able to unite in love and respect, as one family, in the way it should be... this humanity will be able to withstand anything..."