YELLOWSTONE, THE NATIONAL PARK ON A RESTLESS CALDERA

The National Park for almost 150 years

Most people know this place. If you look at the map of the United States, you will find the Yellowstone National Park in the North West, situated mostly in the region of Wyoming, and slightly extending to Montana and Idaho areas.
With its beautiful wildlife, hot springs, and eye-pleasing geysers’ eruptions and colorful mud pots, this park  is so large that if you plan to visit it, you may use five entries from different states: Montana, Wyoming, and Idaho. 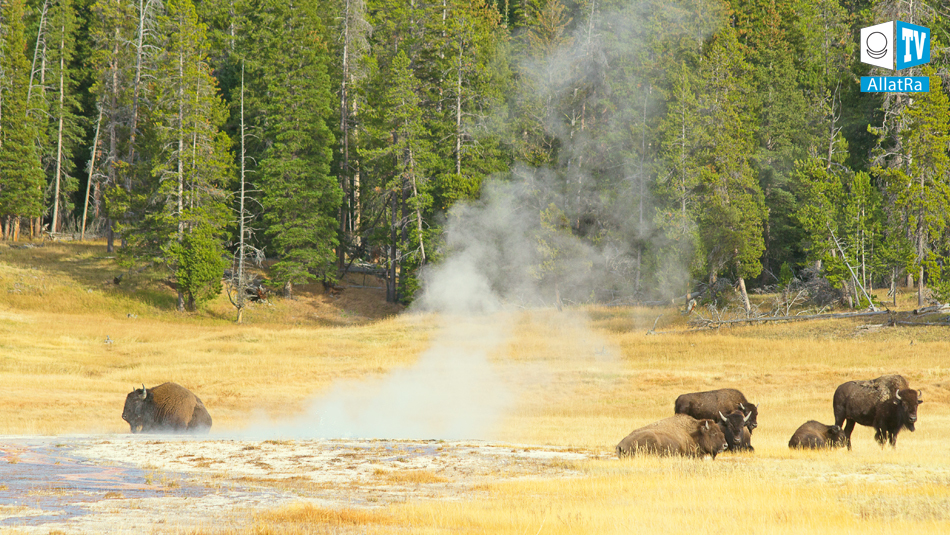 The Yellowstone park offers diverse activities for its visitors

If you are eager to learn about the park and museums, you can go to one of these eight developed areas: Mammoth Hot Springs, Tower-Roosevelt, Canyon Village, Fishing Bridge, West Thumb, Grant Village, Old Faithful, and Madison.

To see bisons, dark and gray wolves, elks, grizzly bears and many others of the numerous Yellowstone wildlife. You may choose one of the two undeveloped areas: Lamar and Hayden valleys. If you come in Spring, you can be lucky enough to catch a glimpse of newly born animals.

Another exciting entertainment is to go boating or fishing on the Yellowstone Lake. For those who prefer to see the majesty of nature - you can visit the Grand Canyon of the Yellowstone. The Upper Geyser Basin offers you walking amid fumaroles and otherworldly landscape of mud pots.

Visitors of the park can watch the Yellowstone’s Steamboat Geyser eruption.
This geyser is the tallest active geyser in the world, erupting in every 7-10 days. Unlike its previous activity, the last eruptions happened 10 times larger than during the last 27 years.

The wild park lies on top of caldera

With all severe beauty of the park, it’s not just the wildlife and geothermal features one should be aware of, but also what lies beneath the earth. The Yellowstone park lies on a volcanic caldera. And beneath it, there is a magma chamber with the capacity of 15500 cubic miles of an eruptive magma of 25 miles wide, 50 miles long, 5 miles deep. The magma chamber is roughly the same dimension that the caldera is. The area of the caldera in comparison to the largest cities of the US is the size of 3 Chicagos, or 2,5 of the New York area, and 1,5 larger than San Francisco.

The scientists became aware of an active volcanic crater for the first time when NASA had made aerial photography of this area in the 1980s.

The Yellowstone caldera is referred to as a “restless caldera,” due to a continuing process inside it. It’s so hot there that it’s not just hot water going out with hot springs and geysers, but rocks are melting inside it. 3000 quakes of a tectonic nature in a year are registered there.

The magma blast of the last eruption was so powerful that it ejected the 8 miles high  column of ash.

Today, even a small eruption can destabilize a magma chamber and trigger a supereruption.
If a supereruption is similar to the one that happened 2,1 million years ago, 480 and 720 cubic miles of rock, gas and ash will erupt across the United States.Everything will be completely wiped out by pyroclastic flows of rock and ash that spits from an erupting column in 60 miles radius of the epicenter, traveling at 270 miles per hour.

The volcanic ash is also rather dangerous because it contains rock and it is aggressive, pervasive, destructive; extremely tiny, 100 microns across. While being inhaled and combined with the moisture of lungs it becomes similar to a cement.

Tools for measurements of activities of the caldera

Today, due to new scientific discoveries and development of new Physics - “Primordial AllatRa Physics”, scientists can watch, measure and make prognoses on volcanic activities. Volcanic engineering is a young science for now, however the investigation of tension of the septonic field of Earth and neutrino radiation based on “Primordial AllatRa Physics” allows scientists to predict volcanic eruptions. 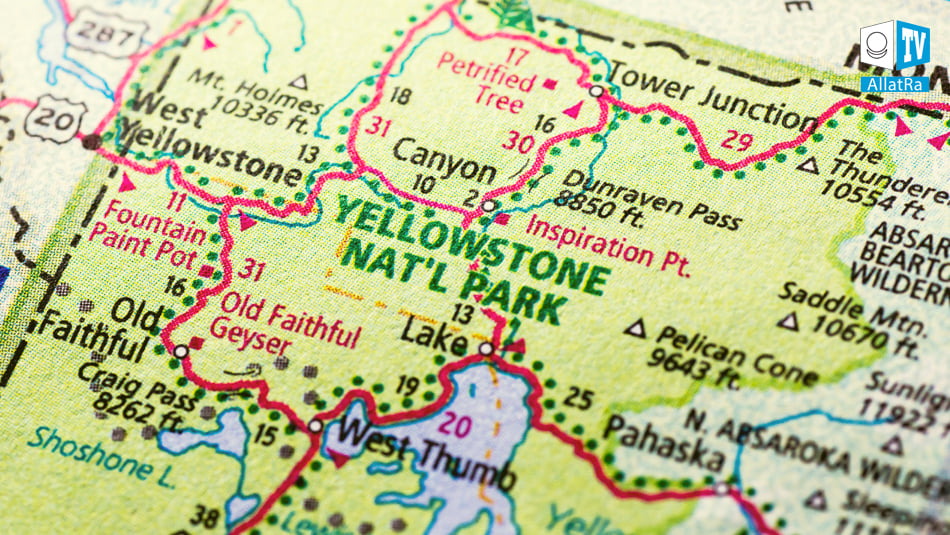 Scientists’ observations starting from 2002 show the following: development of many new geysers, earth crust deformation, increase in soil temperature to the boiling point and so on. Now it happens several times more often than in previous years. This study shows that magma of the Yellowstone supervolcano comes closer to the Earth surface with the several times' increased speed.

The scientists of the AllatRa Science came to a conclusion that according to the schemes of tension of the septonic Earth field and neutrino radiation there are parallel processes that are happening in the eldest calderas – the Aira caldera in Japan (Kyushu region), and the Yellowstone caldera. Pacific plate separates them both.These processes are coherent and often interdependent.

Today, the scientists of the AllatRa Science with the knowledge of “Primordial AllatRa Physics” are able to suppress a seismic activity through adaptive mechanisms. However despite using these mechanisms, neutrino radiation and tension of the septonic field will go on raising. It makes the scientists believe, that there is energy kept in the Earth interior which can provoke destructive planetary catastrophe in the case of a blowout.

Interesting facts can be found in the “Report On Climate” by AllatRa Science. There is a developing flaw on a continental crust of the North American lithosphere plate. This flow is being transferred into a split, which divides the US territory in 2 parts. The tension in this area is growing day by day  within the developing split. Thus, the proximity of the Yellowstone caldera makes the scientists be alerted.

A significant increase in Yellowstone caldera activity is being closely observed for the last years. The quantity of earth shock has raised.

The strongest quake in Yellowstone happened at the beginning of April 2014. At the same time, people observed the strange behavior of animals, such as bisons and elks leaving the park.

Based on a study of neutrino and tension increase of septonic field in April 2014 the Yellowstone supervolcano was close to an eruption. Despite the further relative stabilization, the indicators of its activity started to rise again. It means, that volcanic processes are getting stronger.

People should take responsibility for their lives

The people of the US should be prepared for the worst scenario considering the increasing volcanic activities. If you take a look at the geological map of North America you’ll see that this region is close to dramatical changes. It makes no sense to wait until a catastrophe happens. We all know that our Planet is changing. We are warned about it, and we have time to prepare ourselves in this regard. Today, we shall unite and take care of our future, our lives.

Our salvation is our responsibility.