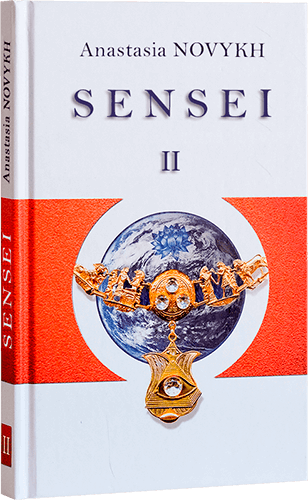 “There is no hiding oneself from Truth, there is nothing that can be concealed from Wisdom. There is no secret on the Earth that would not be revealed some day. Human life and death is a stream of one process. To understand the past means to learn to overcome the dangers of the present. To come out of it is possible only by becoming Human!”

This is a fascinating continuation of the book Sensei of Shambala, which tells a story of a group of young people from a martial art class who are camping together on the beach with Sensei. Ordinary everyday troubles disappear when you are around such unique and humorous Personality as Sensei. An ordinary leisurely day turns into a day filled with deep knowledge and adventures of the teens, fascinating worldview of Sensei and his unusual demonstration of his phenomenal abilities. Two unique highlights of this book are the profound parable about Bodhisattva which, due to its connotation, reveals the eternal search of the human soul, and a story about a Saint of Kievan Rus’ - Agapetus Pechersk - a gratuitous doctor whose miraculous relics are still kept in Kiev-Pechersk Lavra.