FOR GOOD IN SOCIETY

FOR GOOD IN SOCIETY The participant of ALLATRA International Public Movement Alexander Efimenko expressed his opinion about what kind of society we should have and shared his own life story in the project “NO TO VIOLENCE IN THE FAMILY AND SOCIETY” on ALLATRA IPM platform. 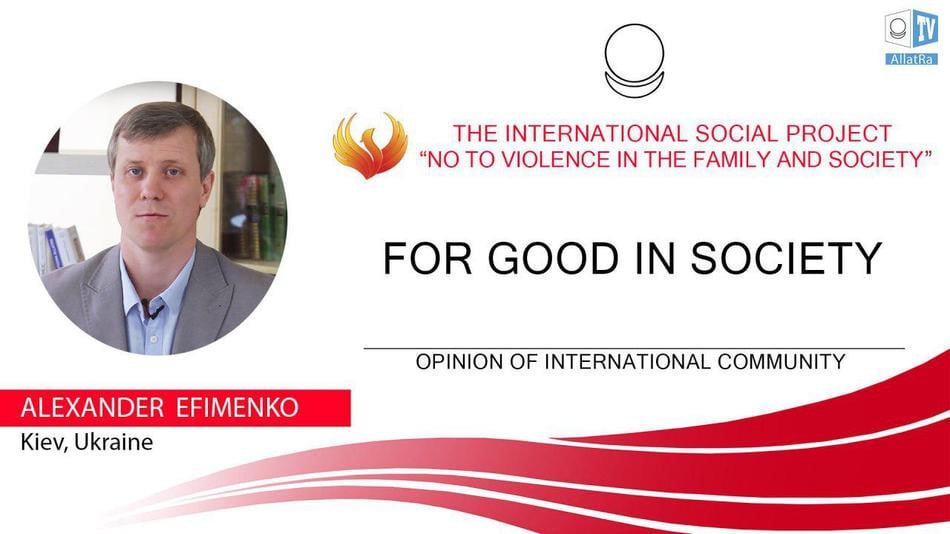 The participant of ALLATRA International Public Movement Alexander Efimenko expressed his opinion about what kind of society we should have and shared his own life story in the project “NO TO VIOLENCE IN THE FAMILY AND SOCIETY” on ALLATRA IPM platform.

Alexander says that as of today, applying the Knowledge from the books by A.Novykh and from the programmes with the participation of I.M. Danilov, every person can contribute to formation of a new creative society . If we all stop being silent, if we start to act and show worthy examples of people's actions, if we all unite, we can change a lot towards good side and well-being in our world!

Hello, my name is Alexander.
Being inspired by the programme on the ALLATRA TV with the girl named Liza, who tells the story of her slavery, her life under oppression of her father and later on under dictatorship of her husband,  I decided to make my own video.

Thanks to the Knowledge about true human nature, about animal and Spiritual nature of every person, about the Spiritual world, about the material world structure, revealed in the books by Anastasia Novykh and in the programmes on ALLATRA TV with the participation of Igor Mikhailovich Danilov , Liza managed to develop inner Spiritual support, freed from dictatorship of her father and husband and started a  free life.

This information inspired me to create this video and share the story of my family. This story is partially similar. My father is a great person. He is kind, hardworking...but he's like that when he's sober. Since early childhood I was a witness and a participant of horrible quarrels between my parents.  My father often came home drunk. In this condition he continually  criticized, insulted and humiliated my Mom. One of the brightest memories of my childhood - me, a little boy, with my mother are hiding under the bed from my drunk, angry father who is walking around the room, enraged, rude and aggressive.

My father could not forgive her for something and every time he was drunk, he came home and sought to suppress her morally, sometimes physically. The only protection for my Mom was a fireplace poker and me, a little boy, with tears on my eyes, begging father to leave us alone. This lasted very long.

Many people advised my mother to get away from her husband, but she was not strong enough to do this. She told almost all friends and relatives what was happening in our family. But, just like in Liza's case, not a single man tried to help, neither our neighbour - my father's friend - nor his brother. They thought like everyone else does: “It is not my family, so it is not my problem.”

But when surrounding people just silently put up with this, when they do not make any comments, when they don't say that this kind of behaviour isn't worthy of a man, that there are other means of resolving disputes, the idea of impunity gets strengthened  in the tyrant’s consciousness. And such a person begins to oppress a woman even more.

Once my uncle (my Mom's brother) made a remark to my father saying that he wouldn't allow him to treat the sister this way. This had an evident effect. For a while, my father actually contained his desire to oppress my Mom. But the point is that my uncle himself was addicted to alcohol and, in a short time, passed away.

My mother naturally wanted to leave him but he had exactly the same thoughts as Liza mentioned in the video, “ Where will I go? I'd better live here.”

My mother had a small house of my grandmother where her sister lived, but unfortunately they didn't get on well. They didn't get along lately. So my mother made a decision to stay with her husband instead of asking her sister to take her in.

She was also worrying  about money. Her income was small and it wasn't  enough for raising her son. She thought the things would change soon, my father would stop drinking and we would begin to live in peace and love.  Her mistake was that she didn’t take any actions to change the situation. She just followed the advice of other people. I am talking about magic now. She used spells, prayings, some magic objects to make my father stop drinking.

But all this didn’t work, things got even worse.  A lot of time passed. This situation has already continued for 50 years. Now my mother is suffering from paralysis. She is absolutely immobilized. My father is not healthy enough to drink alcohol as he used to do. He is near my Mom, caring about her. I understand all the destructiveness of magic and realize that it is only the beginning of terrible sufferings for my mother’s Personality.

I decided to make this video to say that the situation like this can be changed by close people. Everyone can say a word against violence, everyone can stop a tyrant by a word. And it will partly be possible to solve the problem, it’ll be possible to help. But most of all a woman herself will be able to solve such an issue. These are the stereotypical thoughts like: ‘I have no place to go’, ‘I have not enough money to care about myself and kids’, ‘My husband-tyrant is better than no husband at all.’

My Mom also had the thoughts like “My mother got divorced, my sister got divorced, but I won’t get divorced. I’ll be married. Let it be with such a husband but married”  All of this is just an illusion. It is better to live simply but in a  peaceful place. Where there’s peace, Love will flourish.  And surely people will appear who can help. The are a lot of kind people, indeed.  But to wait for some improvement inertly, endure violence and moreover to use magic spells or magic praying - is a wrong way. The situation will only get worse.

We are all people and we are all live in the same conditions in this world. Many of us have similar stories, similar experience. If we all wake up and become active, if we all stop keeping silent, if we speak up the problems, which the animal mind system is trying to keep in secret; if we share experience of people’s choices and actions, we’ll definitely change the situation.  We can show a way out for many women and we can show an example of actions of a real man.

The programme “The Knight of the Spirit” with I.M. Danilov reveals true meaning and purpose of a man. And in the previous programme he tells us about a true meaning and the purpose of a woman. It  is obvious, the true meaning of a real man is to protect and care about women, old and weak people, not to enslave, not to be silent, not to let tyranny rise.  Being in a such difficult situation, girls and women are not just afraid to tell about their problems in public, they’re even afraid to tell their close friends and relatives.

That’s why every girl, having encountered such a  problem, thinks she is the only one facing this and it’s only their family who has such problems.  Speaking up these difficulties, about life in a slavery under men’s dictate, we have a chance to show this is our common problem. A lot of people suffer alike and the same thoughts hold them back from solving this situation.

This kind of problems has a simple solution - get up and go away and go not just somewhere, but go into the world, to the people. Become a creator of your own life. A woman has a huge potential for this - the huge Spiritual power. 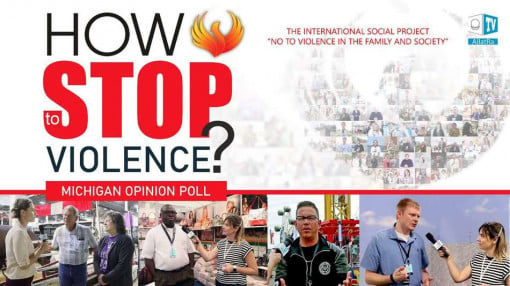 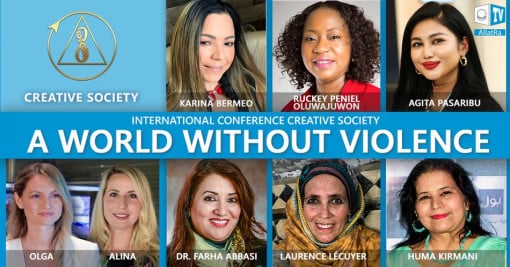 Honesty and Love are the Basis of a Close-Knit Fam...
18 February 2020 1170
View all
Contact the Movement participants
from different countries via ALLATRA IPM Coordination Centre
We welcome you to join
ALLATRA TV
Subscribe to the Telegram channel