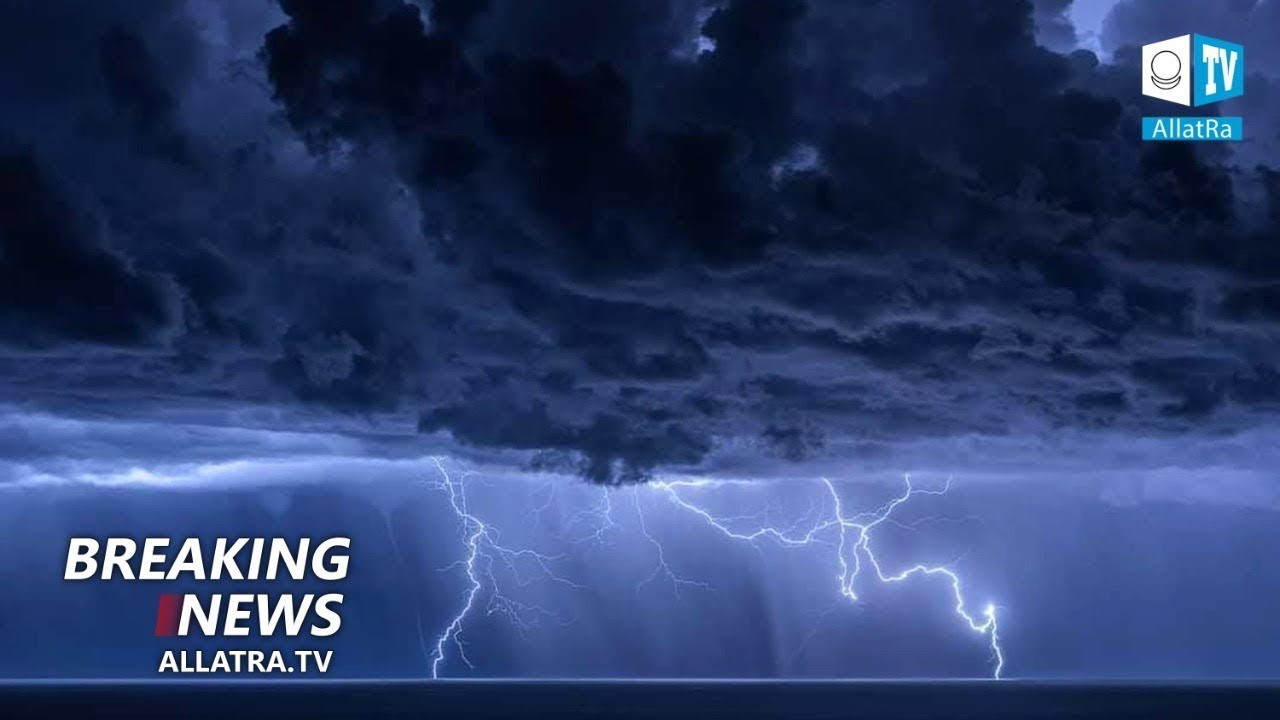 September 2020 does not cease to amaze us with its climatic instability.  Australia and many regions of Europe were surprised by unexpected weather events. Australians have seen snow in September while European citizens enjoyed abnormally warm fall temperatures.

At the end of September 2020, the temperature suddenly dropped bringing snow to the southeast of Victoria in Australia despite the fact that the warm spring weather had already established in the region. In just a few hours, 4 cm of snow fell, and what is amazing is that it did not melt but stayed on the ground. Also, September 25th was the coldest day in Ballarat in the last 50 years.

On September 24th, 2020 a powerful thunderstorm brought large hail, unseasonable snow and even a tornado to England. On the streets of Western Yorkshire, snow reached 10 cm in some places. Furthermore, a small tornado was seen circling the hilly area nearby, which surprised locals because tornadoes are rare in the area.

The next day, the residents of Northern Ireland experienced the coldest September night ever with temperatures dropping to -3.7°C. The previous record was set 48 years ago.

Also, early snow fell in the mountainous areas of France, Italy, Austria, Germany and Spain. Locals from different countries share on social media photos and videos of the winter that occurred in September.

Meanwhile, an atypical temperature increase was recorded in Belarus. On September 22nd, 2020 in some places the thermometers showed above +26°C and long-term temperature records of heat were broken in the whole country. Such temperatures are more typical for the summer while the beginning of autumn is considered to be a steady transition from summer to autumn with an average daily temperature about 14 degrees. September is already over but  autumn has not even arrived yet to this country.

Climate change continues to make significant changes in people's lives. Where we used to observe the usual autumn, now it snows, and where there was summer, abnormal cold hits. Seasons are shifting, and this has an impact not only on everyday life but also on the agricultural sphere. In the conditions of rapid climate change, only the creative vector of relationships, unity and good neighborhood will help humanity to unite into one big friendly family and cope with the consequences of the ongoing climate change.

Floods in Indonesia, India and Bangladesh

Residents of India, Bangladesh as well as Indonesia faced massive flooding again. In Bangladesh, a new record was set for the amount of precipitation over the past few decades.

On September 21nd, 2020, heavy rainfall caused a sudden flood in Indonesia. Casualties, injured and missing people were reported. The residents of the capital of Indonesia, Jakarta, as well as of the province of Banten and Western Java were affected. In some places, the flood water level reached 1 meter. Houses and roads were flooded and bridges were damaged. People were evacuated. At the same time, the river broke its banks in Cicurug District. And in North Kalimantan province, torrential rains caused floods and landslides that resulted in casualties and damaged residential buildings.

On September 22nd, 2020 torrential rains began in Northeast India. The rainfall lasted 5 days in a row and caused floods and landslides. Casualties, injured and missing people were reported. The disaster affected the Indian states of Meghalaya and Assam. In total, more than 300 thousand people were affected. Many houses and roads were flooded. Over 13 thousand hectares of crops were destroyed and a lot of animals were killed. This is the third wave of floods this year caused by continuous heavy rains. The authorities organized camps to accommodate all those who lost the roof over their head. The flood victims were also provided with humanitarian aid.

Also, on September 27th, 2020, extremely heavy rainfall hit the city of Rangpur, Bangladesh. A huge number of people were affected. More than a month’s amount of rainfall fell within just 10 hours. Almost the entire city was flooded, including houses, roads and agricultural land. The power supply was disrupted. The water drainage system also collapsed. People were forced to leave their homes. Shelters were opened to hand out food. According to Rangpur weather station, this was the record rainfall in the last 60 years.

Snow, storms and tornadoes in Italy

In late September, in addition to early snow, Italy also experienced flash floods, landslides and water tornados. As a result of long rains and a sharp drop in temperature, September 2020 in Italy was the coldest in 50 years. Since September 26th, the average temperature in the country has dropped by 10-15 degrees, resulting in much earlier snowfall in the mountainous areas. On the night of September 27th, the cooling was particularly noticeable in a number of cities, including Milan and Turin, where the stems of thermometers dropped to 5°C and 4°C respectively. At the same time, strong storms also started in the country. Unfortunately, they led to the loss of lives.  By September 25th, 2020, due to heavy rains, floods and thunderstorms in seven areas, among which were Tuscany, Lazio, Campania and Sardinia, the orange danger level was declared. In the province of Varese, Lombardy region, people were evacuated because of a landslide. In addition, on September 26th, at least three water-tornadoes were registered in Italy.  In the city of Salerno, a powerful water tornado came out on land and damaged houses, cars and toppled trees. In Rosignano, Tuscany, people also suffered from tornadoes. Numerous tornadoes were seen over the northern Adriatic Sea, from northern Italy to Croatia.

Since September 30th, 2020, an emergency warning has been issued due to heavy rains in Krasnodar region. On this day, up to 40 mm of precipitation fell within just an hour in parts of Novorossiysk, which is more than half of the monthly norm for September. As a result, transportation was impeded and many streets were flooded. In Anapa, about 28 mm of rain fell within one and half hours which is almost the monthly norm.

On the same day, a strong storm hit Rostov region. A powerful wind toppled trees and broke power lines. Unfortunately, casualties and injured people were reported. At the same time, the city of Rostov-on-Don was hit by a rare phenomenon - a dust storm. As a result, not only the ecological situation worsened, but also visibility on the roads significantly decreased.  Meanwhile, it was reported that for more than a month, Rostov-on-Don didn't have a significant amount of rain, which made the situation worse. By October 1st, as a result of strong wind, the dust spread for kilometers away from this weather event - to the southern and central part of Belarus.

While in the Pribaikalsky district of Buryatia, a high alert state was declared due to the increased water level in Baikal. Water in the lake has already risen above the critical mark by 9 cm and is increasing daily by a centimeter.  Many neighboring territories have been flooded.

Tornadoes in the USA and wild fires in Argentina

At the end of September 2020, wild fires covered 10 provinces of Argentina. Several people were injured and dozens of people were evacuated from their homes. According to the data, as of September 25th, the flames covered an area of several thousand square kilometers. High temperatures and stormy wind made it very difficult to extinguish the fires. A particularly difficult situation developed in the province of Cordoba, which is why aircraft were involved in the extinguishing process. Flames destroyed valuable pine forests in the countryside of Pampa de Olène. As previously reported, firefighters also had to rescue the village of Villa Carlos Paz. Here, the wild fire got very close to the houses, so some of the locals were evacuated while others helped the rescuers - they supplied them with water.

From time to time, in the comments under our episodes, a topic being brought up that the catastrophes taking place on the planet are the punishment to humanity for their attitude towards the planet and other people. Certain countries are mentioned as being guilty for this. Some opinions even state that this is good because, supposedly, the planet will be cleaned from overpopulation. In the consumerist society, indifference to other people's troubles has become the norm. while if we are in trouble, there is an expectation of immediate help.  But who do we expect help from if we, ourselves, are not ready to provide it? How will people behave with such way of thinking in difficult moments? After all, what dominates in a person's ordinary life, will guide them in a critical situation. If material values or selfishness are higher than the life of another person, this is a direct path to our self-destruction. That is why it is very important for us to build a creative society, a society where human life and safety are above all, and where the main value of a society are completely different. This is a society where there is no other people's trouble, but there is a problem that can be easily solved together. People from all over the world already speak about such society within the project "Creative Society" on a platform of ALLATRA IPM. And the opinion of each person is important. Let's hear the opinions of people who understand the value of human life and respect it like their own.