RED danger level. Abnormal snowfalls in Spain, Japan. Floods in Saudi Arabia Natural cataclysms keep escalating around the world killing hundreds of people. Is there anything we can do to prevent the unnecessary deaths? 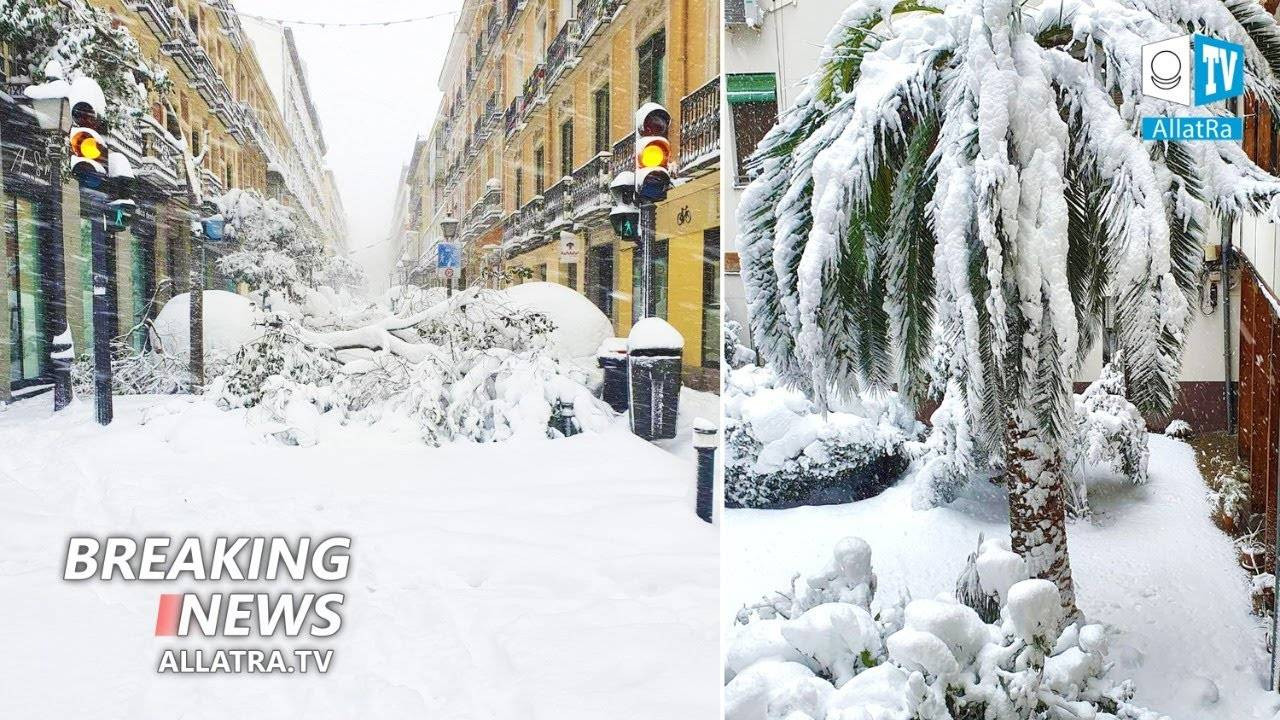 ● A powerful earthquake of magnitude 6.7 on the border of Russia and Mongolia.

● People  killed and more than 200 people injured due to the heavy snowfall in Japan. In Joetsu, the snow has accumulated up to record 233 cm.

● A blizzard hit the states of Texas, Louisiana, and Mississippi in the United States.

● In Labrador, Canada, due to heavy snowfall, some houses were covered with snow almost to the roof.

● A massive landslide occurred in the province of Bolzano, Italy.

● People have been killed due to the sudden floods, that were provoked by the "Philomena" storm in the South of Spain.

● The snow cover reached 50 centimeters in the suburbs of Madrid.

● Temperatures dropped to -35.6 °C in Castile and Leone. This is the all-time new record for the country.

● The Philomena storm brought gusty winds up to 100 km/h and heavy snowfalls to the Canary Islands.

● Streets, houses, and farmlands are flooded in southern Serbia. Some villages were left without drinking water and electricity.

● Over 7,000 hectares of land were flooded, roads damaged and bridges destroyed in Albania.

● An abnormal heat was established in Greece; in some places, the temperature reached +31 °С.

● Morocco was hit by heavy snowfalls. Up to 30 cm of snow was recorded.

● Stormy streams of mud and stones rushed through the street in the city of Montego Bay, Jamaica. The streams of water were so strong that they moved the cars.

● Floods and landslides have affected the lives of thousands of people in Thailand. More than 900 people were evacuated. Over 50 thousand households were damaged.

● Chennai, India experienced the heaviest rain in January. During the day, 123 mm of precipitation fell.

● Landslides destroyed houses, a bridge and blocked several roads on the island of Java, Indonesia.

● Severe flooding due to monsoon rains continues in Malaysia. About 50 thousand people were evacuated. The floods were very rapid in some areas.

Watch the videos on ALLATRA TV for solutions to this situation.