Shocking statistics of cataclysms. Storm Alex in Europe. Hurricanes Gamma, Delta in Mexico. Floods Cataclysms in the world. The shocking statistic. If we look at the earthquakes that have occurred over the last century, we will see an increase in their frequency. If 60 years ago, there were only about 200 earthquakes with a magnitude 5 and above, now there are more than a thousand. 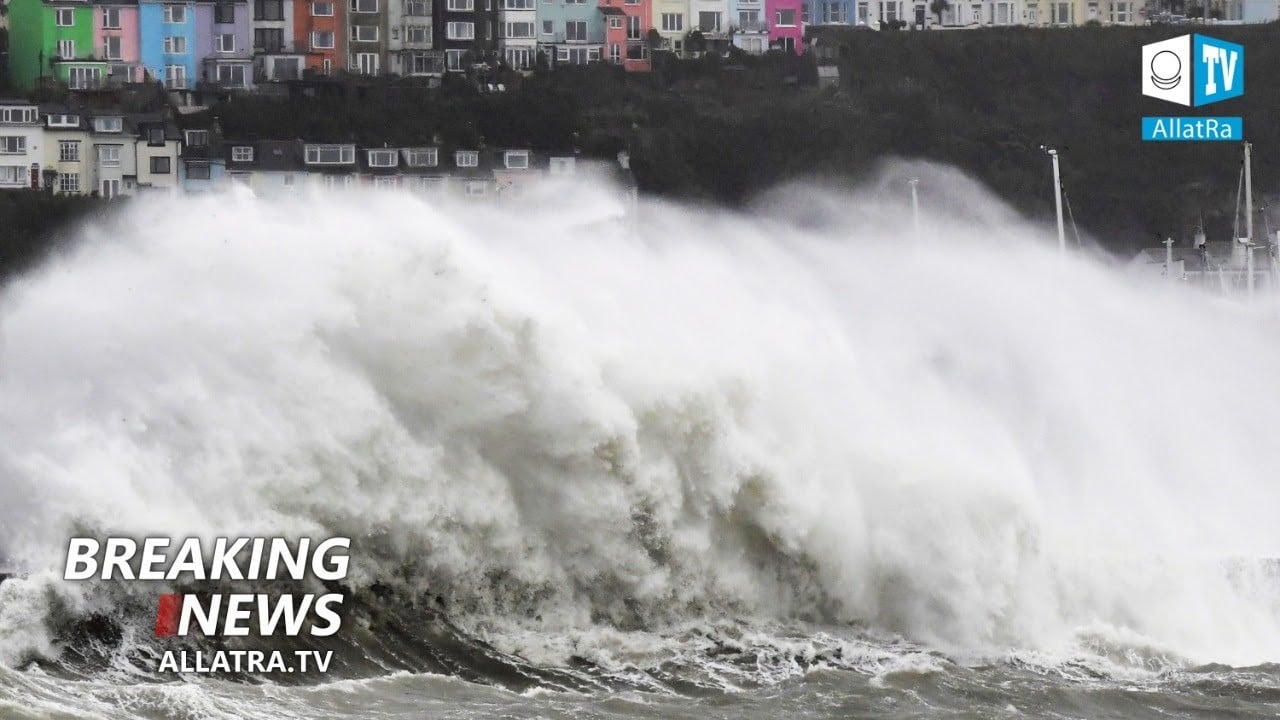 Cataclysms in the world. The shocking statistic.

If we look at the earthquakes that have occurred over the last century, we will see an increase in their frequency. If 60 years ago, there were only about 200 earthquakes with a magnitude 5 and above, now there are more than a thousand.

We often hear that similar records have been set in the past, but now we are seeing a systematic set of records. After one temperature record is set, it is soon replaced by another one, even more extreme.

Global climate change is a natural process that occurs at intervals of several thousand years, and not only on Earth but also on other planets of the solar system.

But the cataclysms don’t stop there. Glaciers continue to melt quickly. Because of global warming, about 120 gigatons of ice melts annually in Antarctica and about 200 gigatons in Greenland.

The summer of 2019 was so warm, it caused a large amount of Greenland's ice to thaw. In just two months, the sea level rose by 2.2 mm. This may seem like a small number, but in global terms it affects the entire ecosystem.

Last year was the hottest year in the history of Arctic observations.

Between 2019 and 2020, millions of people around the world were displaced by natural disasters, particularly by storms and floods.

The monsoon season has brought more rainfall these years and set new records in India, Nepal, Bangladesh, Myanmar and Pakistan.

There have also been droughts in many countries around the world. They cause water shortages and water is a vital human need. In Chile, for example, the abnormal drought continues for the tenth consecutive year.

As we can see, despite all those reasons for global climate change that the media gives to us, many scientists openly talk about cyclicality. It is no longer possible to ignore this information. In a time of global climate change, no one can avoid what is coming, but the way we handle the consequences depends on us. After all, the majority of people die not from the natural forces, but from the consequences of the consumerist format of relationships.

And every person has the right to know that we can live differently, we can live in a Creative Society. Focus on one goal and social activity of all people allow a quick realization of a happy society for all people!

Storms in Europe, Mexico and the US

On October 2nd, 2020, storm Alex brought heavy rain and strong wind to the UK resulting in power outages in several parts of the country.

While in some parts of Somerset and Hampshire counties, a monthly amount of precipitation fell in less than two days. Train and bus services were cancelled due to flooded roads.

At the beginning of October, the same storm struck France. Unfortunately, casualties have been reported and some people went missing. Brittany and the French Riviera were affected the most. In some areas, 450 mm of precipitation fell within 24 hours, which is equivalent to 4 months of rainfall at this time of the year.

Record wind gusts were broken in several locations in Brittany. Wind speeds in Brittany reached 186 km per hour. As a result, trees were toppled and roads, houses and bridges were damaged. Over 100 000 houses were left without electricity. Some towns were cut off from the mainland, so food and medications had to be delivered by helicopters.

A common misfortune united people. Rescue teams were formed by ordinary citizens. Taxi drivers, entrepreneurs and plumbers volunteered to help. People prepared food to be delivered to those who were affected by the disaster. People gave away their clothes to those who had lost absolutely everything because some people had to leave their homes only wearing a pajama.

Here, unfortunately, casualties and missing people have been reported.

The residents of Switzerland were also affected by the storm. Roads were closed and some people had to be evacuated.

Unfortunately, cataclysms don’t affect only one part of the world, they happen simultaneously on different continents.

The maximum wind speed reached 110 km per hour. The storm also brought torrential rains to the states of Tabasco, Chiapas and Veracruz. The floods affected about 600 thousand residents. More than 3.5 thousand people were placed in evacuation facilities.

And on October 7th, another, more powerful storm Delta struck the Yucatan peninsula. As a result of floods and landslides caused by the storm, people died. The storm then moved onto the land, near the village of Puerto Morelos. The wind speed reached 175 km per hour. Trees were uprooted, buildings damaged and power lines broken.

On October 9th, the storm Delta moved towards the American state Louisiana, as a result of which a state of emergency was declared and hundreds of people were evacuated.

On October 2nd, 2020, the worst flooding in 32 years occurred in northwestern Nigeria, in the state of Jigawa.

Unfortunately, many people have lost their lives as a result of the natural disaster.

The damage to the farmland was described as unprecedented. More than 2 million tons of rice, accounted for a quarter of the country's projected harvest, was destroyed.

On the same day, devastating floods also occurred in the eastern part of the Democratic Republic of Congo, in the province of North Kivu which caused severe damage.

The next day, as a result of the bad weather in several districts of Khelvachauri municipality, some homes were swept away and damaged, including one vehicle in which people died.

In our episodes of Breaking News, we focus on the irreversibility of global climate change. From the comments of the viewers, you can see that many people are beginning to understand more, that this is NOT a human factor, NOT a carbon dioxide or global warming effect, but a cyclical astronomical process. In videos with participation of Igor Mikhailovich Danilov, this topic is discussed further.

You if you have become a witness of climate change and would like to participate or become a reporter of Breaking News, please email ALLATRA IPM [email protected].