The city is in RUINS! Earthquake M6.4 in Croatia. Storm Bella in Europe. Landslides Iceland, Norway

The city is in RUINS! Earthquake M6.4 in Croatia. Storm Bella in Europe. Landslides Iceland, Norway Global climate change hasn't slowed down a bit as we can see in this episode of breaking new. More severe weather, more storms, more property damages and human causalities. What can we, humanity, do in these difficult for us times? 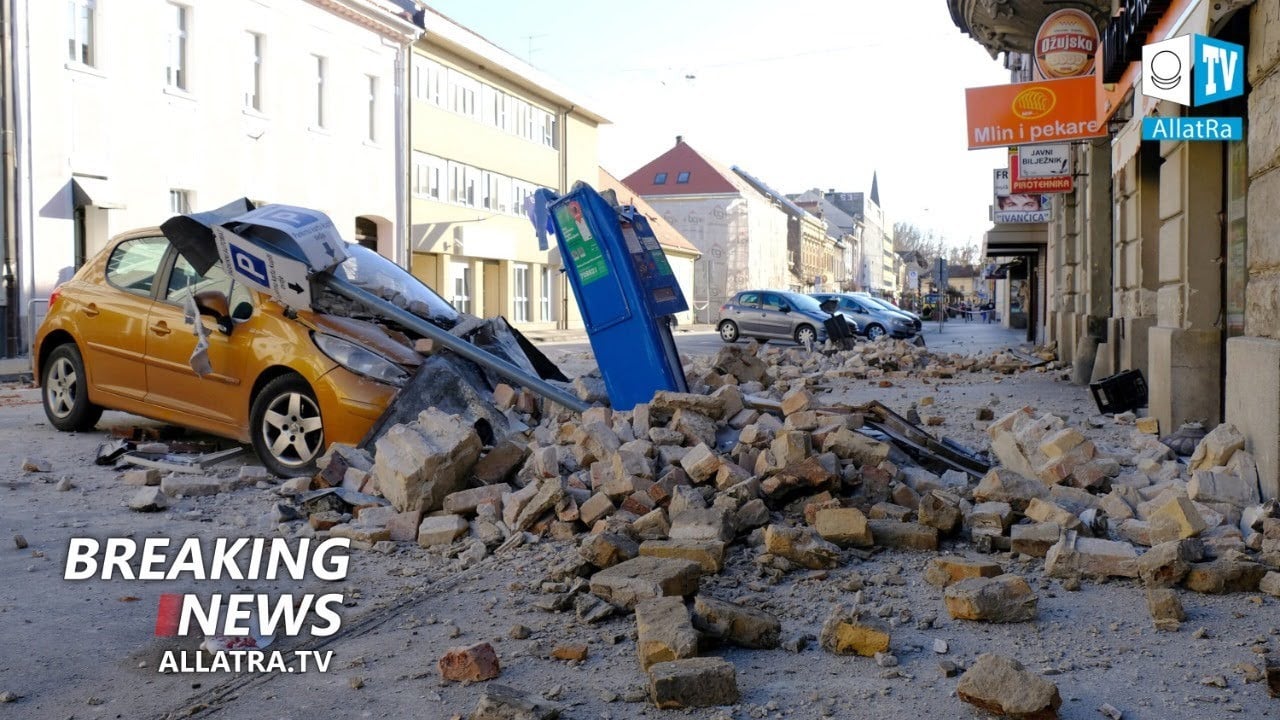 ● Powerful storm Bella hit European countries. In the UK, wind gusts reached 160 km/h. In the north-west of Spain, storm Bella brought winds up to 125 km/h and waves up to 10 m. In Ireland, Great Britain and France, more than 55,000 homes were left without electricity.

● A large landslide happened in Nerdrum, Norway due to heavy rainfall. Many people went missing.

● In the east of Iceland, heavy rains caused landlines. A record rainfall (about 570 mm) was recorded from the 14th to 18th of December.

● Residents of Quebec, Canada also suffered from flooding, which is completely atypical for the end of December in this region. The evacuation of the local population was carried out.

● A winter storm brought severe winds and heavy snowfall to southern British Columbia. Hundreds of thousands of families were left without electricity

● Many parts of the US state of New York experienced record snowfalls with snow depths exceeding 50 cm per day. In 24 hours, 46.7 cm of snow fell in Buffalo International Airport. This is a new record for one day of snowfall for December 26th.

● At the end of December 2020, a significant increase in seismic activity was recorded.

● Croatia experienced a powerful earthquake of magnitude 6.3. The city of Petrinha suffered serious damage ad roofs, house facades and entire buildings collapsed. The earthquake was so powerful, residents of other European countries felt it.

To learn about solutions and the ways out of this situation, watch  "Climate Change. The Beginning of a Big Disaster" on ALLATRA TV.

Shocking statistics of cataclysms. Storm Alex in E...
10 October 2020 104
View all
Contact the Movement participants
from different countries via ALLATRA IPM Coordination Centre
We welcome you to join
ALLATRA TV
Subscribe to the Telegram channel