Hurricane Laura → United States Monsoon became disastrous → China, India, Pakistan, Afghanist Thousands of damaged houses in Vietnam. In China, due of floods, the emergency response level was raised to the highest level. And in Thailand, forty thousand people were affected by the forces of nature. 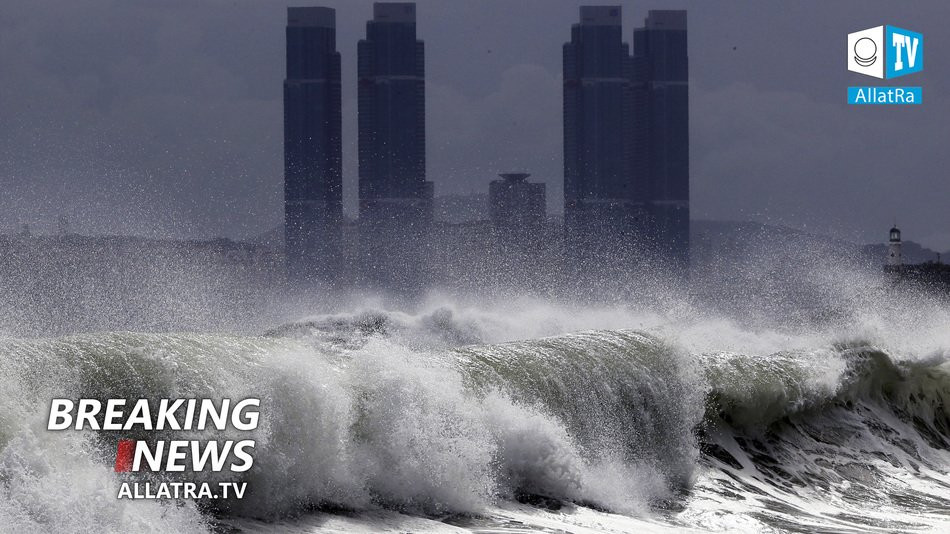 Thousands of damaged houses in Vietnam.
In China, due of floods, the emergency response level was raised to the highest level.
And in Thailand, forty thousand people were affected by the forces of nature.

Heavy rains and flooding in Vietnam, China and Thailand

In the second half of August 2020, heavy rains suddenly fell on Vietnam.Towns in the north of the country were hit the hardest. The situation got worse with the tropical storm Higos, which reached south of China on August 19 and then moved towards Vietnam and Laos.
Heavy rains caused floods and landslides in Vietnam. Unfortunately, people died, and one person was missing. From 16 to 19 of August, in several provinces, there was more than 300 (three hundred) mm of rainfall, and the city of Haiphong experienced a monthly norm of rain in one day. Because of the disaster, thousands of houses were damaged, about 2000 (two thousand) hectares of agricultural land  were flooded. While landslides blocked important roads that lead to the mountainous areas.
On August 20, 2020, the water level at the Chongqing hydroelectric power plant in China reached the level of 191.55 (one hundred ninety one and fifty five hundredths) meters.  This is 14 cm above the record for the last 39 years. The reason for the rise in water level was heavy rain. This caused the overflow of the Yangtze River, by which the metropolis is situated. As a result, the streets were flooded, and some of them had restricted traffic. More than 260 (two hundred and sixty) thousand people have been affected.
Two days earlier, the city's emergency response to the flooding was raised to the highest level.
Since August 20, heavy monsoon rains have also hit vast areas of northern Thailand, resulting in floods and landslides. In total, the disaster affected about 40 thousand (forty thousand) people and more than 1,000 (one thousand) were displaced from dangerous areas. Unfortunately, there is one casualty.
Due to the large amount of rainfall, local rivers came out of the banks. Over 4 thousand (four thousand) houses, as well as agricultural crops were damaged.

Monsoon rains and floods in Pakistan and India

On August 19, heavy monsoon rains flooded parts of New Delhi in India, as well as nearby residential areas. In GurgAon city, roads and underground crosswalks were flooded and several districts were cut off from power supply.Water on the streets reached knee level and the movement of cars and buses was blocked.

On August 20, lingering monsoon rains also hit Punjab Province in Pakistan. Unfortunately, a few dozen people died and others got injured.
In Lahore, more than 200 (two hundred) mm of rain fell in a 24 hour period, which is more than the average rate of rainfall in August. This caused flooding as the result of which traffic was restricted and power supply interrupted.

On August, 26, 2020 in Nuristan and Parwan  provinces of Afghanistan heavy rains caused floods that destroyed hundreds of buildings. Dozens of people died and wounded due to floods. The floods on the Kabul-Jalalabad highway affected many cars and people.
Afghanistan and some parts of Pakistan in the season floods affect many people every year, but they have become more severe over the years.

This year, about 15 (fifteen) million people have already been affected by the rainy season in India. Hundreds of people have died.
In the states of Telangana and Andhra Pradesh, the situation with flooding is still difficult.  Hundreds of houses and thousands of hectares of agricultural land have been flooded.
About 14 thousand people left their homes and moved to relief camps. At the same time, such camps were overcrowded in Bihar state, forcing thousands to sleep on embankments and along highways.

How to survive global climate changes?

In fact, uniting in anticipation of serious climate change is the main fact of interaction and assistance to each other. After all, each of us is the basis and part of an entire society, where each of us has certain knowledge, skills and insights in a particular action.

For example: let's look at one example of how uniting can help in a difficult climate situation. There was a landslide, the houses of several families were blown into the abyss. In a creative society, one neighbor would invite these people to his home, the second neighbor would bring food, the third would share his clothes. And the next day, people would gather all over the street and start building new housing for the affected families. And people would not be left alone with their troubles, they would have confidence in the future.

And such unity is the best factor for us to feel safe, where everyone cares about everyone, and in this way is it possible to underestimate someone when another person is a part of your life, when another person strives for the same thing you do, and together, in friendship, in mutual respect, mutual support and assistance to each other we are building a bridge to life....

That is why the CREATIVE SOCIETY project itself and the wave that is now taking place all over the world is an example of uniting people.

That is why everyone who is not indifferent, active, and those people who strive to make our future better - we are together on the way to this society.

In building a creative society there are no trifles. Each of us is its unit and each of us can do a lot now!

Tropical storm Laura in Puerto Rico and the Dominican Republic

On August 22-23, 2020, Hurricane Laura affected the Caribbean countries. Unfortunately, there are casualties reported..
In the Dominican Republic, more than 1 million (million) people were left without electricity. Because of floods, houses were destroyed and roads were flooded, more than 120 towns were cut off from the outside world. Thousands of people were evacuated across the country. There were floods on the island of Haiti, and a strong wind felled many trees. People were also evacuated.
A state of emergency was declared in Puerto Rico. About 200 (two hundred) thousand houses and enterprises were left without electricity and over 10 (ten) thousand - without water supply.

The storm brought gusts of wind to the country up to 107 km/h and a lot of precipitation. Significant damage was caused to infrastructure.
Heavy rains also caused landslides, which blocked some roads.
Then the hurricane with gusts of wind more than 140 km / h moved to Cuba.
Here, the storm warning was announced all over the country. Evacuation centers were set up in some provinces and residents from the most dangerous areas were moved there.

Damages to houses and buildings were reported, as well as damage to the country's electricity supply system.
Having left Cuba, the tropical storm deepened into the waters of the Gulf of Mexico, where it increased to a stronger hurricane of the fourth category, continuing its journey to the United States.

In Northern America, more than half a million people left dangerous areas in Louisiana and eastern Texas, where Laura struck as a category 4 hurricane with a maximum wind speed of 240 (two hundred and forty) km/h.
This hurricane became the strongest one in the history of meteorological observations in Louisiana and brought catastrophic storm surges, strong winds and flash floods. It led to casualties.

The cyclone season 2020 in this region is the first one in history when 13 tropical storms were reported before September.

Floods in Turkey, Italy and storm in Ireland

On August 19, 2020, storm Ellen struck the British Isles. Ireland was affected the most by natural forces.
Wind gusts in the country reached more than 140 (hundred and forty) km/h. 194 thousand (one hundred ninety-four thousand) houses  were left without power .
In Northern Ireland, a lot of trees were toppled, the county of Fermann was  affected severely. Many roads were blocked. The storm also led to flooding of the coastal areas in Cork County, where the red level of alert was declared.
The Irish Weather Service said the country's storm Ellen set new records for the average wind speeds in August.
On August 22, 2020, heavy rains in Giresun Province,  northeastern Turkey, caused a devastating flood.
Unfortunately, there are dead, wounded and missing people.  Also, more than a 100 (hundred) people were saved.
In just a few hours, 137 (one hundred and thirty-seven) mm of rain fell in the Dereli region, almost twice the monthly rate for August in that region.
Local water reservoirs got overfilled, flooding the roads. Fast streams of water carrying mud swept away cars, flooded and destroyed houses.
Roads in 118 (one hundred eighteen) towns were closed as a result of  flooding.
The next day, the strongest hurricane accompanied by rain, hail and strong winds, struck northern Italy.
Several cities, such as Padua, Verona and Vicenza, were affected by natural forces.
In Verona, more than 500 (five hundred) trees were toppled by strong winds, and the streams of water rapidly flooded the streets of the city.
The greatest damage was caused to the agricultural land which was hit by hail.

If you have witnessed climate change in your region, please send us your video reviews by email [email protected]

WHAT IS THE CAUSE OF THE FIRES? Wildfires in Calif...
07 September 2021 1028
View all
Contact the Movement participants
from different countries via ALLATRA IPM Coordination Centre
We welcome you to join
ALLATRA TV
Subscribe to the Telegram channel