My way to Life. Vlogs by Nicole
Videos
Main

My Former Friend. My Way to Life. Vlog 11

My Former Friend. My Way to Life. Vlog 11 It is not so easy for a person to understand that consciousness is not a friend. The path to Life in the first stages of self-improvement is a real battle with consciousness. You need to constantly defend your spiritual position, track the substitutions and tricks of consciousness, because it draws attention to any things, comes up with a million reasons, just to distract a person and forget about the spiritual 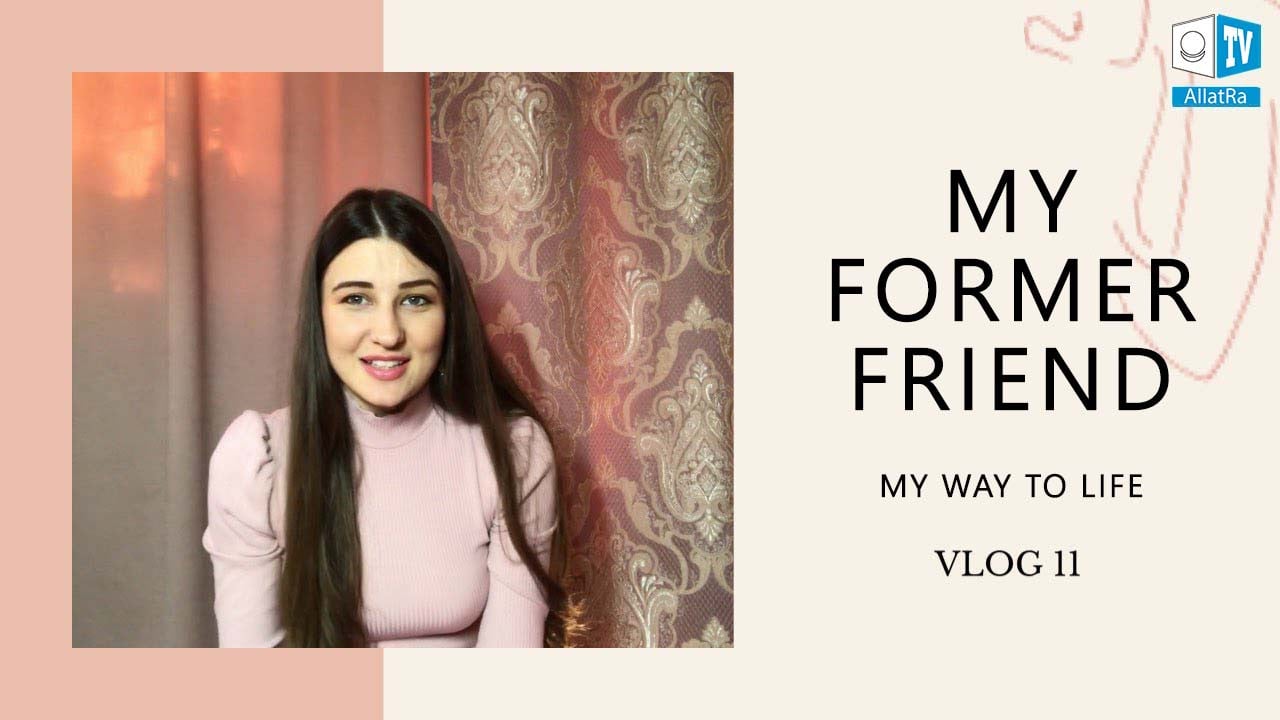 You know, it is the moment when it has learned the entire theory. I mean, it has read books, it has listened to the experience of other people, it knows everything, it does know how to proceed correctly, what the stages are and so on, how to overcome everything, and that you should have this or that. In short, the analysis of your Spiritual path begins, it tells you everything. Sometimes it even tells you very right things. It advises, “Always concentrate on feelings,” consciousness says. Or it philosophizes in your head, sometimes it says such reasonable things in fact, and you think: "Well, hard to argue with it, it says reasonable things, maybe I should listen to it?" And in fact, you gradually forget that this is consciousness, that it is actually your enemy on the Spiritual path and you gradually begin to be friends with it. Anyway, everyone knows this friend in the head from the following moment, from the initial stages of spiritual practice, when you are just trying to learn to perform Spiritual practices. So you sit down and sort of strive inside.... Well, these initial stages, when consciousness starts prompting you: "Come on, let's go deeper, deeper. Love should be more sincere, come on, come on". And the funny thing is that this kind of right spiritual actor is in our heads, it presents in each of us. And sometimes there is this defense of the Spiritual World, of the spiritual position, when, for example, one says some nasty things, another says: "No, no, no, you cannot do that, how can you." Well, all these games in your head of evil and good policemen, but nevertheless, all these are consciousness. In other words, these are other distractions, and it has just found a new way to capture our attention. Because we no longer react to the usual schemes, to the negativity, so we grow and it grows together with us, and it has learnt to find new ways to capture our attention.

Therefore, it is important to stop this moment and understand that consciousness cannot be an assistant on the Spiritual path. I experienced the same. And the moment came when it turned out that you should let consciousness go because it had done all this, it even had said the right things so that at the moment when you were already deep in the spiritual practice  and you had to give it up to go further, because consciousness had no access further, so that you would not be able to go further because you would identify yourself with it, as if it were a part of you, but in reality, it was not so. And these conversations in the head, in any case, we should understand that it is pouring attention into that very consciousness. Therefore, it is such an interesting hook.

There is another point, for example, how consciousness plays tricks on you. I also read in the comments under one of my videos that a person writes, "I don’t feel". I had such a thing too. And sometimes it happens that consciousness says, "I don't feel". For example, you, as Personality, feel that you have a good spiritual practice going on inside, then you come out of the spiritual practice and consciousness tells you: "Nothing happened, I don't feel anything". Initially, I fell for that. That is, from the very beginning, when I heard these things, I fell for that: "Crap, really, I don't feel anything. I'm an unspiritual klutz, I’m not getting anywhere". And then, slowly, when perception through feelings began to appear and you could really distinguish it, when everything inside of you is burning and everything is just flowing, and consciousness says at this moment, "I don't feel anything". And you realize that this is stupid cheating. That’s why you shouldn't fall for the moment when it's cheating you, because it does not feel, it sort of doesn’t lie, as Igor Mikhailovich said in the video. It doesn't feel and it cannot feel, and it cannot enter the Spiritual World. Whereas we can and we feel. If we didn't feel, we wouldn't watch videos, we wouldn't read, we wouldn't try to understand, we wouldn't try to sort it out. It is sort of our natural part. That which feels and which wants to comprehend. That is, it feels that there is something more. And the main point is not to believe, because it can deceive and twist it in any possible way.

Consciousness can be studied only from the perspective of the observer from the spiritual nature. That is, when you somehow do not pay attention to the brain analysis all the time, but you still somehow see and understand how it works, through what it approaches you and so on. But there is such a point that I liked to understand more and more, and at some point I got absorbed in these games with analysis so much that I began to pour a lot of attention into it. And consciousness liked to analyze my Spiritual path, to tell me whether I was advancing or not. While during that time I just stood still and poured all my attention into that very consciousness, so you need to be careful and not to get on this hook, because this is another substitution. Because when you understand all the schemes of the system and consciousness, this is not an indicator of your spiritual progress. That is, your spiritual progress is an internal contact and dialogue with God. This is a deeper perceiving of inner feelings and the variety of their multifaceted nature. This very point is the most key point, the inner contact is always with me, no matter what, I keep maintaining it. And also such a key point, which I really fell for and stuck on it for quite a long time. You know... I had such a point in my life that I always wanted to break through, to break through life, to achieve some goals, everything greater and better, everything just for myself. I had such a mindset that in order to achieve something in life, I have to constantly break through. And my "break-through" point, this mindset has also passed on spiritual development at some moment. That is, I started my path with a sincere desire, with a sincere thirst for knowledge and for me it was the main point, that is, I didn’t even somehow analyze it initially. I mean, I had only an inner thirst for exploring inner love, something new and unusual, these feelings inside and I sincerely wanted more and more, I sincerely discovered this love in myself. And you know, the moment came that when I worked on myself, I kept working, and then this "break-through" mindset got activated and I started to sort of breaking through to the Spiritual World. In short, to break through with whatever possible and with consciousness too.

And it turns out that my, how to put this... it affected my spiritual practices, I started to perform spiritual practices already like on schedule, routinely. And the essence of how you perform them is not a sincere expression of your Love, how it should be in reality, as it is in a real sincere and true spiritual practice, right? But it got twisted in a way that I sat down and sort of concentrated with consciousness to such an extent that I poked into the Soul. But this is not spiritual practice. The thing is what Igor Mikhailovich said, that Spiritual practice is a conversation of Personality with the Soul. And when these tricks begin, consciousness gets activated and it "helps" you, like your best friend on the Spiritual path. It helps you sort of to fit in as much as possible and, later, as deep as possible into the Soul and you strain yourself with your whole body, you try and try, but you sincerely want from Personality, while it twists everything into this mindset, sort of into breaking through, and it turns out to be not a very good helper on the Spiritual path. And I got stuck on this point for quite long and it seemed to me that I was comprehending something, that I was cognising, because consciousness drew to me that there was something special going on and that point, this "spiritual practice" that I was doing, which in fact was not a spiritual practice, but some game of consciousness and my imagination. I mean, this is such a real trick, you can fall for that, because it can draw anything.

The real spiritual practice begins with sincerity. It is your sincere intention and a genuine expression of your Love and gratitude towards God. But you don't need anything, you don't want to break through, because when there are moments of overfilling with this Love inside you, you don't need to know where you are, at what stage, you don't need to break through anywhere, you are just enjoying and staying in all this and dissolving more and more, expressing more and more of this Love. That is the point. Because when it really happens this way, then there is already no one who evaluates whether you do it well or badly.  And one should strive for this precisely by the inner feelings. Just by opening up as much as possible. About precisely this moment of opening up and revealing yourself before the Spiritual World I’ve understood that the Spiritual World is always ready to give us a lot and It gives a lot. The only point is just sometimes we are not ready to accept all this and open up to the maximum to accept this. And every day I keep learning how to open up more and more and I want to learn it even more and I think that I have not yet understood how to open up to the fullest before the Spiritual World and I am very interested in it. And if you have any observations in this regard, please record your vlogs, too. They're very cool and I'm rewatching some of your vlogs and like them very much, they're very inspiring and in my next vlog I'd like to make a video and to compile the vlogs which I've remembered the most and which have given me some highlights. Thank you so much for that. And it is so cool, friends, that we share our insights and some moments really help me on the Spiritual path and it's cool to go together and learn it all together. So thank you so much that we are together and let's move on.

My way to Life. Vlogs by Nicole 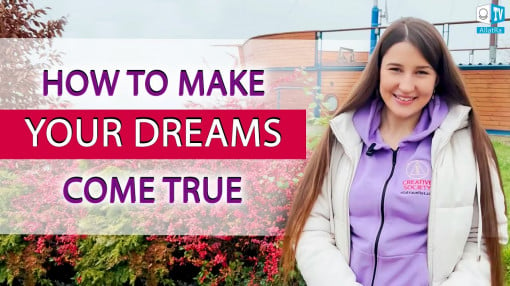 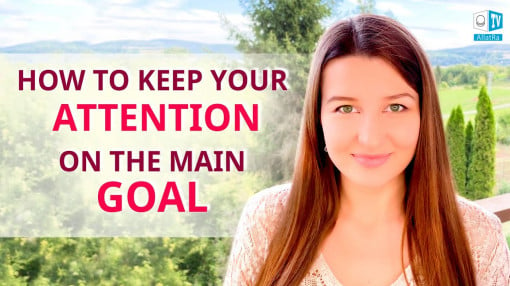 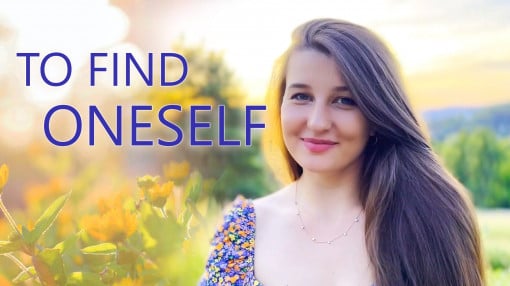 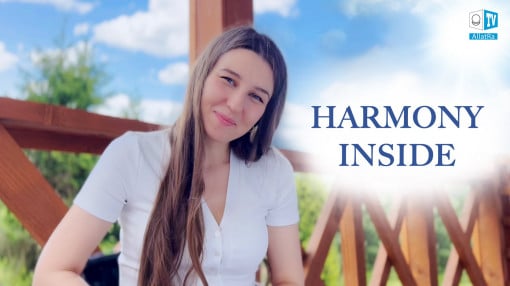 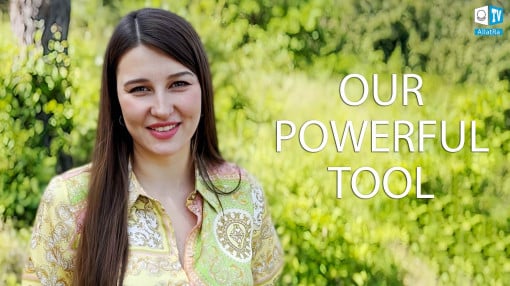 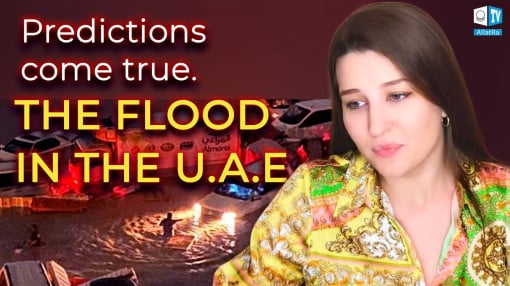 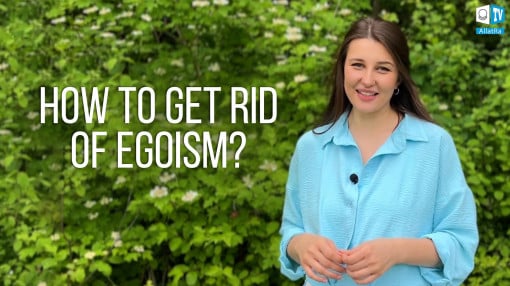 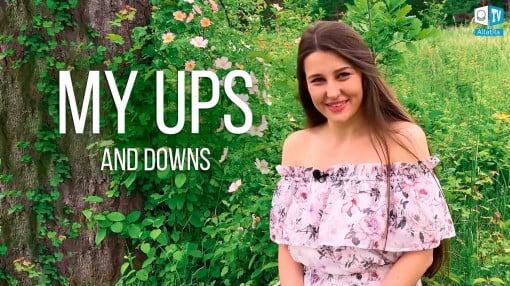 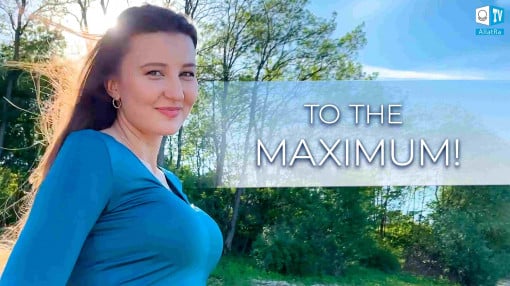 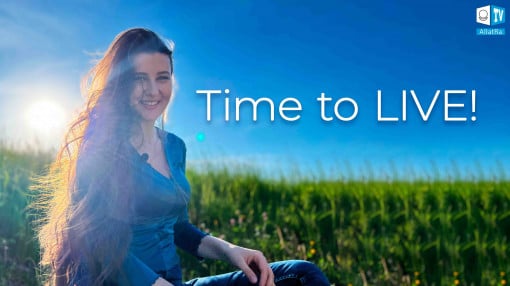