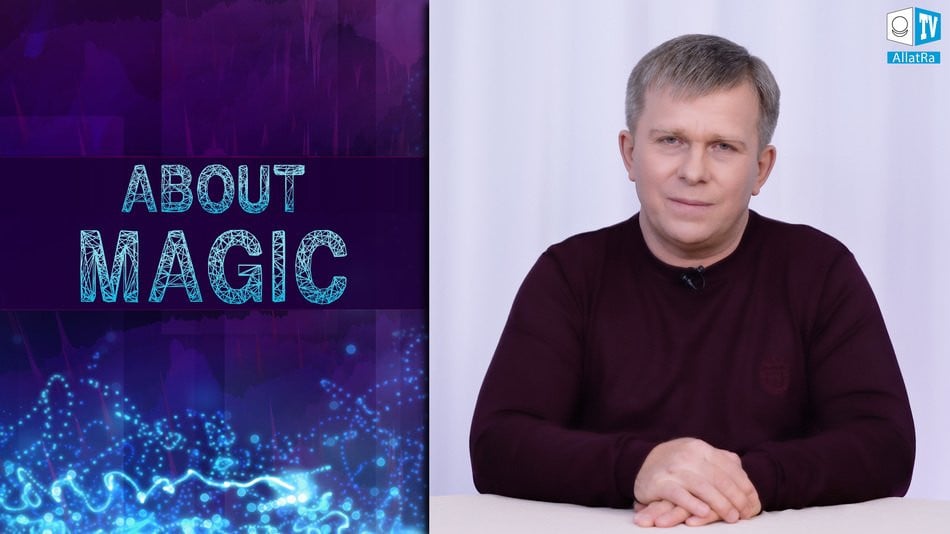 In pursuit of power, of the desire to “possess at all costs”, and to have “by any means”, a person falls into the traps of the system, which subsequently take away more than he acquires. A person gets into the web of invisible dependence through the conductors of the system from the third forces, which takes his life away from him. It is important to know and be warned about the dangers that await a person when he comes in contact with the invisible material world.

Many issues are revealed in this programme:
The problem of magic has long been studied in science. Entire institutes study magic just as much as physics. Yet, why isn’t society aware of the results of these studies?

How does the invisible subtle material world affect a person’s everyday life?

What is the essence of magic? What do all the rituals come down to and what is their point?

What is the hereditary magic power and what is it about?

Why are religious rites borrowed from ancient magic rituals? What is the essence of the physics of the process?

Is there any difference between black and white magic?

What is the difference between mages and charlatans?

What does a person really pay with for a visit or a deal with a mage?

How do mages use an image and a name?

Do the attributes with insignia have any power?

The Santa Muerte religion of “subpersonality”, what are its principles and goals?

Ayahuasca — the deception of human expectations, what is the essence of the hallucinogenic process and its final result?

Has a person been in the world of God or in another hallucination of consciousness?

How to distinguish the Alive from the dead?

What is the energy signature of a person?

What is the essence of the working mechanism of remote (non-contact) influence taking the voodoo religion as an example?

In what months of the year do mages replenish their power?

What happens when God's Love  is denied (on the example of the mages’ migration from Latin America, Spain and Mexico)?

The phenomenon of sleepers’ work technique during prescience.

Specifics of Dim Mak as a self-reanimation aid — what is important to know.

What are any mage and any third power powerless against?

How do working signs influence?

How can a person resist the demonic manifestations of his consciousness and the impact from the outside?

How can a spiritually free person control his consciousness?

Discover all this and more in the programme with Igor Mikhailovich Danilov on the ALLATRA TV channel.