RELENTLESS fires. Emergency evacuation of people. More than 4,000,000 hectares burned! Deadly floods Natural disasters are increasing and it has already become obvious even to those who previously tried to deny it. Many disasters that we cannot control happen on our planet every day. This is despite the fact that the world is on the verge of a technological revolution. But while maintaining the consumer format of society, all the achievements and technologies are not able to protect people from climate threats. 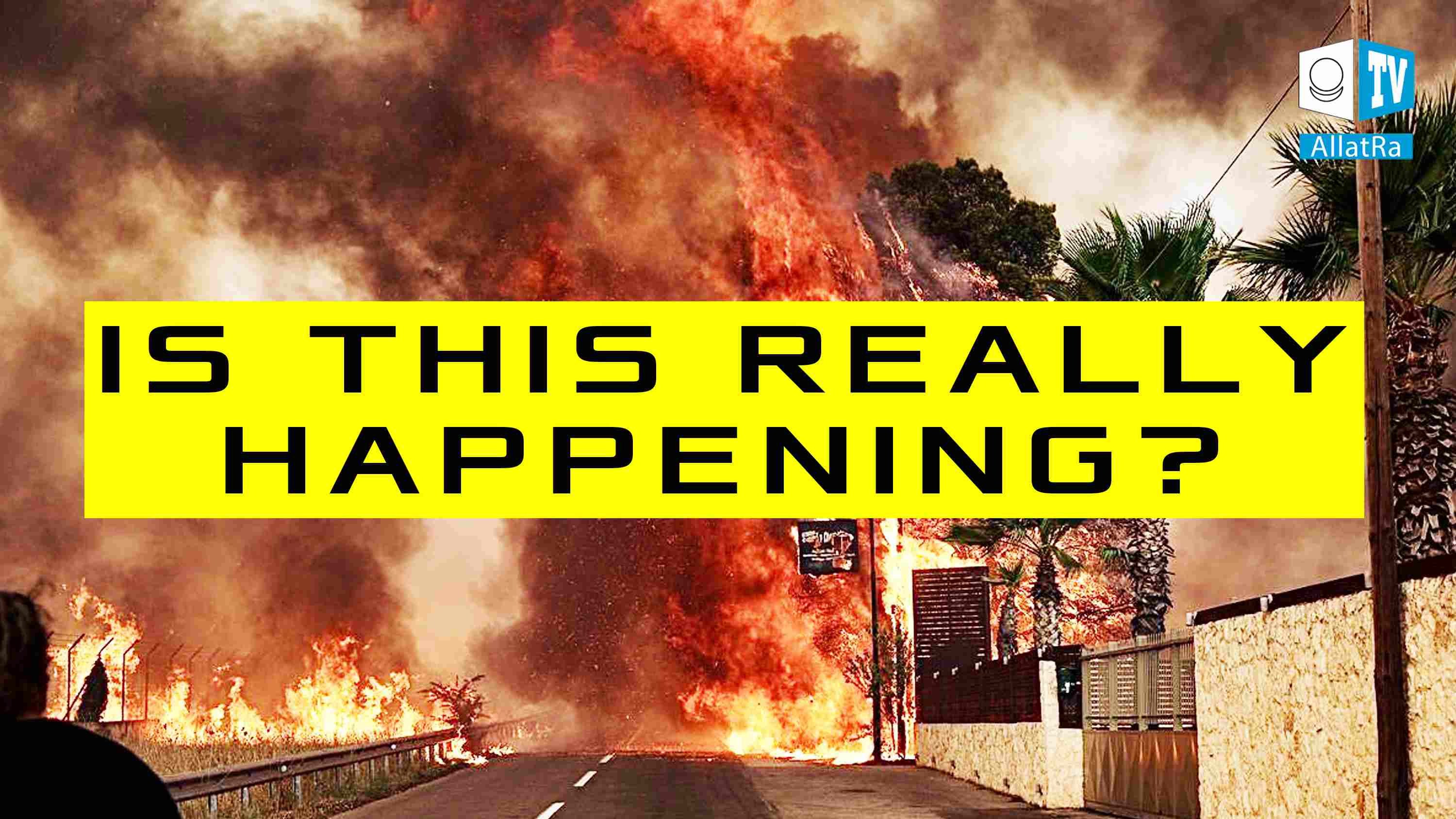 Natural disasters are increasing and it has already become obvious even to those who previously tried to deny it.

Many disasters that we cannot control happen on our planet every day. This is despite the fact that the world is on the verge of a technological revolution. But while maintaining the consumer format of society, all the achievements and technologies are not able to protect people from climate threats.

The Creative Society is the only way out. Yes, we will not stop the forces of nature, but we will be able to save people's lives.

After the main shock of magnitude 8.2, more than 150 aftershocks of magnitude up to 6.1 occurred in Alaska in just 3 days. A swarm of earthquakes was also recorded near the Turkish province of Mugla in the Aegean Sea. At the same time, while large-scale forest fires are raging in one part of Turkey, floods have occurred in the east. Forest fires, near Athens, have already affected about a hundred homes, dozens of businesses and cars.

In the Abruzzo region in Italy, hundreds of people were forced to leave their homes due to fires. The fire in the area of the city of Pescara approached residential buildings and beaches. There are victims. Part of the forest and infrastructure was destroyed.

The summer of 2021 brought serious challenges for the residents of China. The footage of the events that are taking place in the country is terrifying. No sooner had the country coped with the consequences of the flooding in Henan Province than the people of Guangdong Province were affected by the flood a week later.

Floods in some countries have become the worst disaster in the entire history of observations and have caused widespread destruction. The water element has also not spared Pakistan, India, and Afghanistan.

On July 27, storms and rains caused severe flooding in the state of Sonora, Mexico. Floodwaters surged through the streets, carrying away cars and destroying buildings. At the same time, residents of Brazil faced abnormal snowfalls and severe frosts.

Since the end of June, severe floods have destroyed 2.5 thousand homes in the Republic of Niger in Western Africa. Dozens of people were killed. More than 26 thousand people were forced to leave their homes. Farmers report the loss of cattle.

According to the UN, in 2020, floods in the country led to a humanitarian crisis that affected the lives of more than two million citizens.

As we can see, in the consumer format, society is often not ready and cannot cope with the consequences of floods, especially now, when they occur suddenly and synchronously. People do not receive timely information, infrastructure and buildings cannot withstand the dangerous level of sudden and heavy precipitation, and evacuation measures that are being taken are either late or insufficiently effective. The number of flood victims is growing every day.

While we are all inactive and live in the consumer format of society, people who are in distress do not receive proper assistance. But climate disasters are already happening all over the world, regardless of whether the country is economically developed or not. And each of us is exposed to danger.

At the conference "Global Crisis. This Already Affects Everyone", people from all over the world have united to voice the truth about the disastrous threat to all mankind. And also about what we can do to survive. Now it is simply vital for all of us to unite and build the Creative Society. Because the price of our inaction and maintaining the consumer format of society is human lives.

WHAT IS THE CAUSE OF THE FIRES? Wildfires in Calif...
07 September 2021 1034
View all
Contact the Movement participants
from different countries via ALLATRA IPM Coordination Centre
We welcome you to join
ALLATRA TV
Subscribe to the Telegram channel