Climate is Changing! Heat in Siberia. Floods in Desert. Earthquakes in Greece. Storm in Indonesia

Climate is Changing! Heat in Siberia. Floods in Desert. Earthquakes in Greece. Storm in Indonesia 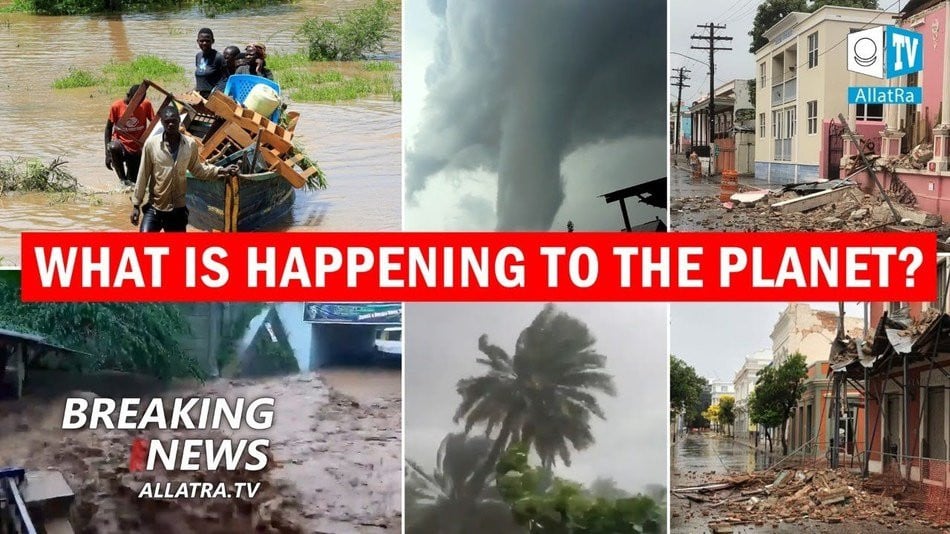 Climate is Changing! Heat in Siberia. Floods in Desert. Earthquakes in Greece. Storm in Indonesia
10 May 2020
( 0 )
Translation
Русский Čeština
subscribe:
Leave a comment

The strength and frequency of earthquakes are increasing throughout the planet. Usually, they do not last long, only for a few seconds. In rare cases during very strong seismic events - up to several minutes. Sometimes, they cause serious damage and take away the most valuable thing - people's lives.
Several major earthquakes have been recorded over the past week.

At the end of April 2020, residents of Uzbekistan suffered from a severe storm.
A few days later, a devastating tornado swept through Kazakhstan.
Heavy rains and flood-producing storms took place in some cities of Kyrgyzstan and Russia.

Large-scale floods are already a global problem in many countries of the world. Since the beginning of 2020, hundreds of thousands of people have been affected by floods and landslides in Indonesia. This month, residents of the country faced the consequences of severe flooding again.

In early May 2020, a cold front from Antarctica covered all of Australia. The southeast of the continent recorded the lowest temperatures in recent decades. And the inhabitants of Siberia and the Trans-Urals experienced an unprecedentedly hot April.

Understanding the importance of truthfully and promptly covering climate news, on the platform of the ALLATRA International Movement, the ALLATRA GEOCENTER project is being implemented. This is an information and analytical portal with current news and articles on climate change on the planet, as well as operational information about disasters.

The causes of global climate change are astronomical processes that occur on our planet in cycles. And the fact that these changes will affect the life of every person is an indisputable fact. And it depends on the choice of each person how we will go through this period of climatic tests.

It is not in our power to influence the climate, but together we can do a lot. Advance preparation and combining of scientific knowledge and experience, skills and abilities of all the inhabitants of the planet, gives us the chance to go through this period with minimal losses. And this is possible only with a creative vector of development of society.

As part of this project, volunteers from more than 180 countries take interviews to find out if people want to change the consumer format of the society to the creative one, and how they see a society in which every person feels safe and happy.

The more people express their opinion, the faster the model of a creative society will unfold.We are shaping our future now.
More details on THE CREATIVE SOCIETY project is available at allatraunites.com

Unfortunately, the consumer format of modern society today is aimed at narrowing a person’s perception of the world around him. As a result, basically, the interest of a modern person is concentrated only on himself, his needs and endless desires.
And as a result, people simply do not pay attention to what is happening globally on the planet.
All climate changes are not taken seriously by humans.
This is disastrous in this situation, when any of us can be on the verge of survival.
Therefore, it is important to remember that we are all human.
We are all interconnected and each of us is part of the whole.
Taking care of each other, living according to the principle “I am for people”, we can build a constructive society. A constructive society is the key to the survival of all civilization.