Floods cover the whole world → China, Nepal, India, Australia, Russia. Locust invasion: Italy Residents of China continue to suffer from the destructive forces of nature. On July 20, 2020, a large-scale landslide of 10 million cubic meters occurred in Hubei province, causing the river to overflow its banks and flood nearby areas. 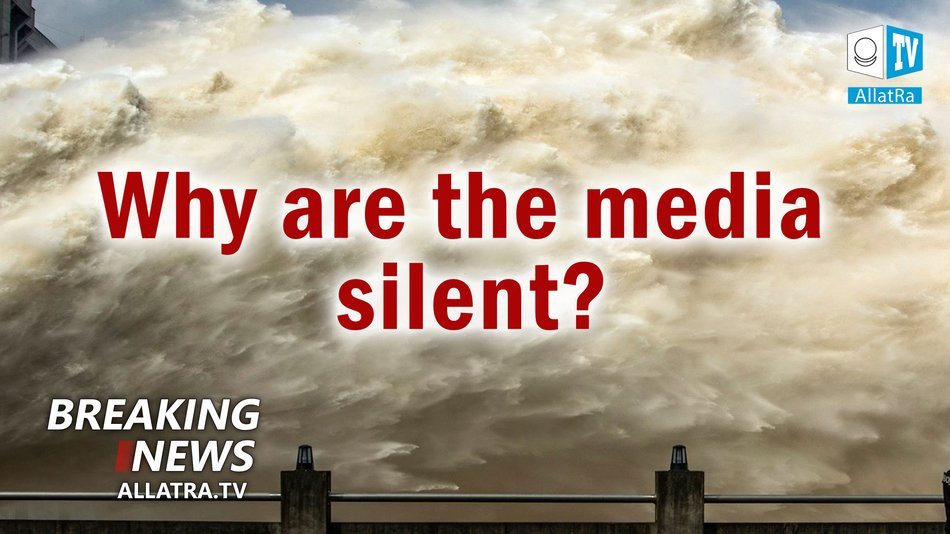 Residents of China are still suffering from devastating disasters. On July 20, 2020, a large-scale landslide of 10 (ten) million cubic meters came down in Hubei province, which led to the overflowing of the river and flooding of the surrounding areas. Thousands of people were evacuated.
In late July, extensive showers hit Jianshi County, China, causing floods and landslides.
The emergency response rate has been raised to the top alert. The natural disaster affected the lives of over 160 (one hundred sixty) thousand local residents, of which over 60 (sixty) thousand people were evacuated. Nearly 3000 (three thousand) hectares of agricultural crops were flooded.
Recently, due to floods and landslides, there have been many casualties reported in China, and dozens of people have been reported missing. Millions of homes were flooded.
While we were searching for information about climate events in China, we came across a message from a local resident posted on social networks, where he writes that local media do not report on some events taking place in the country.

A logical question arises: why are people not given true information about what is happening with the climate now? Why so few news resources cover the coming events which humanity should be preparing for right now, due to global climate change on Earth?

China's neighboring countries were also affected by heavy rains that caused flooding and landslides. These elements have become disastrous for residents of Russia, Nepal, Vietnam and Malaysia. Some lost their homes and livelihoods, and others lost their most valuable asset-their Lives.

The countries of the Middle East and Africa are also no exception to the rampant water disaster. In Yemen and Niger, flash floods claimed lives and caused serious damage to infrastructure.

On July 21, 2020, in the Pakistani province of Punjab, monsoon rains led to the death of people, several people were injured. Most of the death cases were caused by rooftop collapses due to heavy rainfall.
Flooding In Bangladesh  became the worst in 32 years. The rains have not stopped here for a couple of months, as a result, almost 3 (three) million people have been affected. Unfortunately, there are fatalities. A total of 56 (fifty six) thousand people were evacuated. The rapid streams of water destroyed homes and flooded farmland.
At the same time, over 2.5 (two and a half) million people were affected by floods in the Indian state of Assam. Unfortunately, the death toll caused by floods and landslides is on the rise. Roads, bridges, culverts and many other objects of infrastructure have been damaged in various areas. At the moment, hundreds of relief camps have been opened in 19 districts. Over 47 (forty seven) thousand people were forced to leave their homes.
Meanwhile, in the state of Bihar, lightning strikes yet again killed dozens of people.

Meanwhile, in Nepal, monsoon rains continue, causing floods and landslides.  On July 22, 2020, several large-scale landslides occurred in the Lamjung district of central Nepal. As a result of the disaster, several people were injured and 21 (twenty-one) homes were destroyed by a flow of mud and stones. 25% (twenty-five per cent) of farms in the village were completely destroyed.   Statistics show that by July 20, the number of deadly landslides in Nepal this year has already exceeded its annual average for the period from 2004 to 2019.

Heavy rains also caused massive flooding and mudslides in Vietnam in the second half of July. Unfortunately, casualties have been reported. Over 500 (five hundred) homes were flooded. Roads and about 200 (two hundred) hectares of agricultural land were also flooded.

Earlier, on July 18, 2020, floods in Malaysia affected 5 districts of Selangor State. 34 localities have been completely flooded by torrential rains, in some areas flood water depth exceeded 1 meter. Over 500 (five hundred) people were evacuated. Hundreds of people lost their property and means of living.

In late July, residents of Yemen were affected by heavy rainfall and flash floods. Unfortunately, some casualties  have been reported. In some areas, dozens of homes, farms and cars have been washed away by the disaster. In the capital, Sana'a, floods have affected many residential areas. People's property has been seriously damaged.

Also, in the second half of July, floods also claimed lives in Niger. In total, about 20 (twenty) thousand people were affected. As a result of the cataclysm 2 (two) thousand buildings were destroyed.

After the catastrophic locust invasion in Africa, Middle East, and India, swarms of insects reached the Italian island of Sardinia. This is the largest locust invasion in 70 (seventy) years. By July 24, 2020, the catastrophe covered an area of about 30 (thirty) thousand hectares. Many farmers, saving some part of the plants, had to harvest in advance and donate it to people in need. About 200 (two hundred) farms on the island were affected by pests, which destroyed vegetation in fields, meadows, pastures and gardens. Meanwhile, the infestation of insects continues in Ethiopia, Somalia, Yemen, and Sudan. The experts remind that joint efforts of countries are needed to effectively solve this problem.

On July 26-27, 2020, in Australia, a strong storm and torrential rains hit the southern part of New South Wales state and the eastern part of Victoria state.
In some places of New South Wales, up to 350 (three hundred fifty) mm of precipitation fell, which is almost 3 times more than the monthly amount in July.
As a result, many settlements were flooded, a large number of trees were felled, and waves on the coast reached 11 (eleven) m.

In the city of Newcastle, heavy downpours caused flash flooding. In some areas, the monthly amount of rainfall fell.
As a result, the roads were flooded and people had to leave their cars in a hurry, stalled in the water.

On July 25, 2020, Hurricane Hannah hit the south of the US state of Texas.
A state of emergency was declared in 32 (thirty two) districts.
The hurricane brought heavy rains and strong winds with it. Several areas were flooded, in some places more than a meter of precipitation fell.
The wind speed in some places reached 150 (one hundred and fifty) km/h. Because of this, the wires of power lines were cut off, as a result, about 300 (three hundred) thousand people were left without electricity.

The next day, Hurricane Hannah weakened to a tropical storm, and reached northeastern Mexico, where it became a tropical depression. Unfortunately, casualties and missing people have been reported.
In the state of Nuevo Leon, 553 mm of precipitation fell within 24 hours, which is half the annual amount in this area of the country. Several settlements were affected by the floods. Hundreds of houses were flooded. Dozens of residents were rescued, over a thousand people were evacuated.

After the catastrophic locust invasion in Africa, Middle East, and India, swarms of insects reached the Italian island of Sardinia. This is the largest locust invasion in 70 (seventy) years. By July 24, 2020, the catastrophe covered an area of about 30 (thirty) thousand hectares. Many farmers, saving some part of the plants, had to harvest in advance and donate it to people in need. About 200 (two hundred) farms on the island were affected by pests, which destroyed vegetation in fields, meadows, pastures and gardens. Meanwhile, the infestation of insects continues in Ethiopia, Somalia, Yemen, and Sudan. The experts remind that joint efforts of countries are needed to effectively solve this problem.

What happens to the climate of the planet, whether a person can influence it and how humanity should behave in the current climate situation, see the unique videos with the participation of Igor Mikhailovich Danilov

Please send your observations on climate change, your opinion on the causes and ways out to the E-mail ALLATRA IPM [email protected]