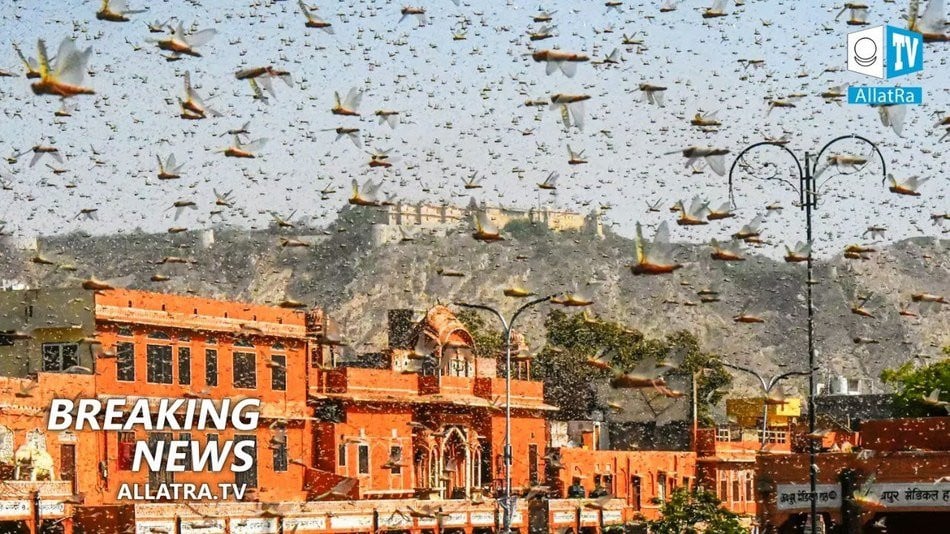 Live BREAKING NEWS every Sunday at 13:00 GMT on ALLATRA TV.

WATCH IN THIS EPISODE:

In the context of global climate change, large-scale flooding has become quite common. Water, being the main natural resource on Earth, carries a deadly danger as a result of the impact of the elements. It sweeps away everything in its path, leads to the death of people, and irreparable environmental damage.

Floods in Guatemala, Honduras and Uganda

From 19 to 20 May 2020, strong winds and torrential rains caused flooding and landslides in Honduras. About a hundred people were injured.
In the capital of the country, Tegucigalpa, more than 100 mm (one hundred) of precipitation fell in just a day, which is more than 70% (seventy percent) of the monthly norm in may. Flooding caused damage to more than 20 (twenty) homes. As a result of the strong wind, trees were felled.

On May 21, 2020, in Guatemala, torrential rains that lasted several days also caused flooding and landslides. As a result of heavy rainfall, about 30 (thirty) houses were damaged or destroyed. Dozens of people were evacuated.
More than 10,000 people were injured after a landslide blocked a major road in the municipality of Sanarate, in the Department of El Progreso.

On May 21, 2020, heavy rains hit the Western region of Uganda, causing flash flooding. Unfortunately, there are dead and injured. As a result of the disaster, hundreds of people were forced to leave their homes. Many homes were flooded and damaged.
An important bridge connecting Uganda with the Congo was destroyed by floodwaters.
It should be noted that this is the second devastating flood in this region. In early May, about 100 thousand (one hundred) people were affected by the flood.

After the devastating cyclone "Ampan", in the North-East of India, there were severe floods, at the same time, in the Northern and Central parts of the country, the temperature significantly increased.

In northeast India, heavy rain caused flooding and landslides.
As of May 24, 2020, about 10,000 people were affected by the floods. Unfortunately, there are victims.
Roads were also damaged as a result of the disaster. A relief camp was set up in Lakhimpur district.
Floods in Assam state occur every year when the rainy season begins. However, this year the floods were 3-4 weeks earlier than usual. For example, last year the first wave of floods occurred in late June, and in 2018-in mid-June.

At the same time, in the North Sikkim region, people were killed and several others were injured due to a massive landslide. Several houses were damaged. Their residents were evacuated to an aid camp.
Earlier, on May 22, 2020, Delhi recorded the hottest day of the season. In some areas of the metropolis, the thermometer rose above +45 °C. Abnormal heat was observed in the areas of Palam and Lodhi road, where the air temperature rose to +45.4 °C and + 44.4 °C. These figures have become a record this season.

And earlier this week, several States in northwestern India were hit by large numbers of locusts.
In cities, insects filled residential and industrial areas, covering literally everything-roofs, stairs, roads. But agriculture suffered the most: crops, bushes and trees were destroyed.
It is noted that this is the largest invasion of locusts in the last decades.

Storm in Australia and Russia

Storms are becoming more and more widespread and destructive. After a prolonged and abnormal heat in the Urals and Western Siberia, there were strong storms, the cause of which was the collision of warm and cold fronts. And in Western Australia, the storm was the strongest in the last decade.

On May 25, 2020, a strong hurricane hit the Sverdlovsk region, Russia. Unfortunately, there are dead and injured. A storm warning was issued in Yekaterinburg.
Wind gusts reached 100 (one hundred) km/h. More than 100 (one hundred) thousand people were left without electricity. Squally winds brought down trees on cars, construction cranes, and demolished the roofs of buildings. Due to the storm wind, Koltsovo airport temporarily suspended flights.
The disaster affected about 120 (one hundred and twenty) localities.

The next day, the hurricane hit the Kemerovo region. There are also dead and injured.
Heavy rains and Gale force winds were observed in Kuzbass, and hail fell in Chebulinsky and Yaysky districts. Many houses were damaged and trees were downed.
The cause of hurricanes in the Urals and Western Siberia was the collision of warm and cold fronts. The hurricane came after a prolonged heat wave.

On May 24, 2020, the worst storm in 10 years hit Western Australia.
Entire cities were left without electricity, where more than 60 (sixty) thousand buildings were de-energized.
Destructive winds with gusts of more than 100 (one hundred) km / h damaged roofs and facades of buildings, and dozens of cars were smashed by flying debris and fallen trees.

In coastal areas, the strongest tides of the year are recorded in many places due to strong winds.
The Western parts of the country, including the city of Geraldton, were covered by a sandstorm.
Such severe weather conditions were caused by the collision of a cold front with tropical cyclone Mangga, which is quite rare for Western Australia.

Abnormal may weather in the form of snow was observed in Pakistan, Eastern Turkey and southern Russia. ALLATRA TV received a lot of letters from eyewitnesses that snow fell in Adygea at the end of May, which is very abnormal at this time of year. Next

On May 22, 2020, a severe thunderstorm with wind and large hail passed through Northern Texas and Oklahoma, USA.
In the city of Berkburnett, the size of hailstones was so large that some of them reached more than 13 (thirteen) cm in diameter. A huge hailstone, larger than a tennis ball, broke through the roof of one of the apartment buildings. Fortunately, no one was injured.
A day earlier, baseball-sized hail fell in San Angelo, Texas. As a result of the elements, the Windows of houses and cars were broken.
Other countries also experienced abnormal precipitation, but this time in the form of snow.

On May 19, 2020, snow fell in northwestern Pakistan. This weather in may was observed here for the first time in 100 years, which greatly surprised local residents.
In Russia, on the night of May 23, 2020, in the foothills of the Kuban and Adygea, there were showers with thunderstorms and strong winds, after which snow fell. Under the weight of wet snow, trees broke down, cutting power lines in several mountain villages. The harvest of fruit trees was also under threat.
And on the territory of the Caucasus biosphere reserve, near Sochi, 45 cm of snow fell by midday on May 23. The last time such weather in late may was observed here 40 years ago.

For these territories, snow and cold weather are abnormal at this time of year.
On May 24, 2020, the Eastern provinces of Turkey were hit by snowfall, strong winds, and hail in places. Unfortunately, there is a victim.
The disaster caused a lot of damage to infrastructure. Roofs of houses are significantly damaged. Farmland was damaged, and many sheep were killed on pastures. There were power outages and traffic was stopped.

Earthquake in Iran and New Zealand

There is high seismic activity in different regions of the world. An Allatra TV reporter from Ukraine will tell us about the earthquakes in Iran and New Zealand.

On May 24, 2020, a 5.1-magnitude earthquake caused destruction in the southwestern regions of Iran. More than 10 (ten) people were injured. The center of the seismic event was located at a depth of 10(ten) km.
The next day, two strong tremors of magnitude 5.5 and 5.6 shook New Zealand. Tens of thousands of people living on the territory from the North to the South of the island felt the earth tremble. Especially strong shaking was felt in the city of Levin, whose residents say that they have never had anything like this before. Hypocenters lay at a depth of about 50 (fifty) km.

WHAT IS THE CAUSE OF THE FIRES? Wildfires in Calif...
07 September 2021 1133
View all
Contact the Movement participants
from different countries via ALLATRA IPM Coordination Centre
We welcome you to join
ALLATRA TV
Subscribe to the Telegram channel 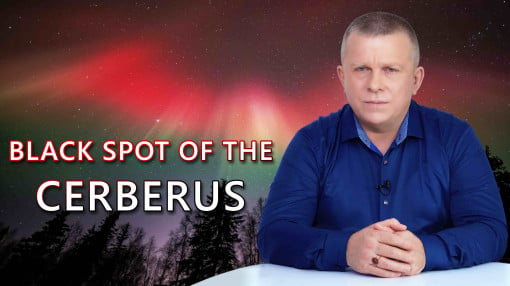