Climate chaos — the realities of our time! Typhoon Haishen. Fires in the United States 🔥 earthquake in Iran 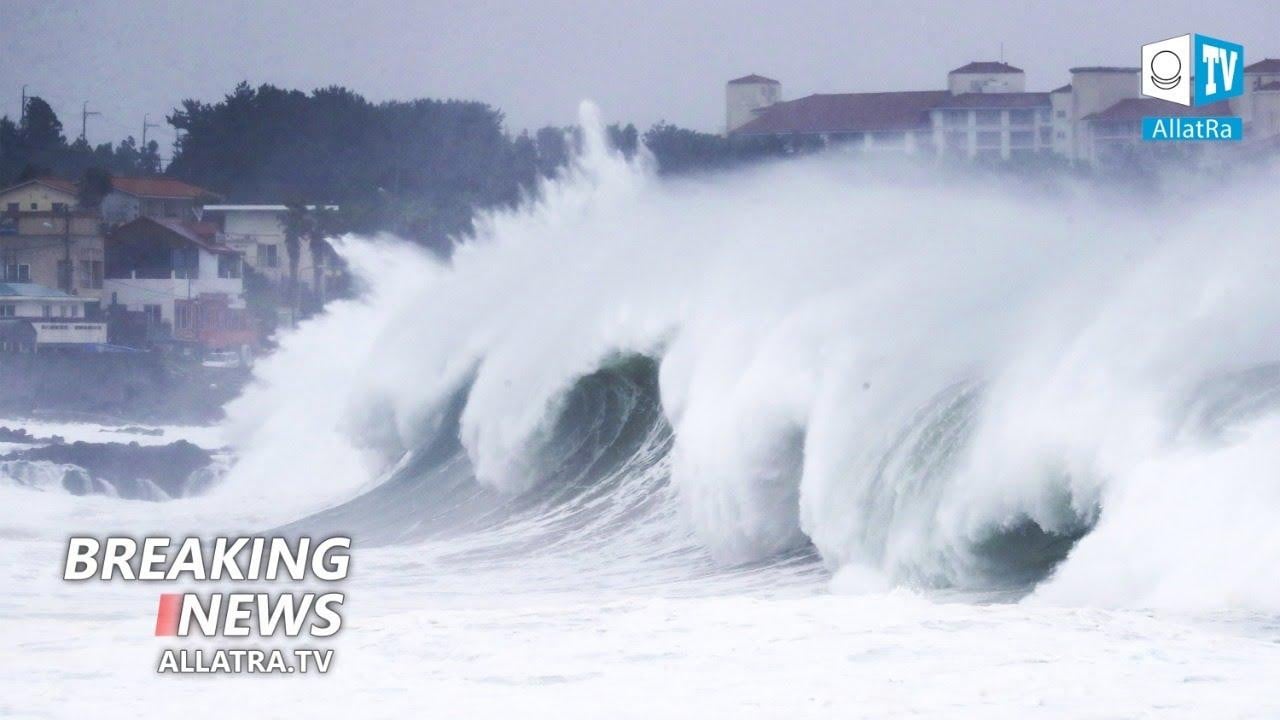 In this episode you will find out:

Floods in Nepal, Africa and Sudan

The rainy season in Sudan continues, usually starting in July and lasting until September or October. During this time, there are often large-scale floods. However, the frequency of rains and floods this year has broken records since 1946 and 1988.

Water levels in the Blue Nile have risen by almost 17 and a half meters, the highest level in 100 years.

Also because of flooding, a number of settlements in Sudan have lost access to clean water. A state of emergency has been declared throughout the territory.

On September 3, 2020, heavy rainfall in Nepal caused flash floods and deadly landslides. Baglung district was the most affected. Dozens of people have died as a result of the disaster, and many are reported missing. The natural disaster destroyed more than 30 (thirty) houses, schools, micro hydroelectric power plants and suspended bridges. The disaster came suddenly at night when people were asleep.

On September 5, 2020 in Senegal, Africa, heavy rains caused severe flooding and widespread destruction. As a result of the disaster, people have died, and there are also missing people.

In the city of Sébikhotane, more than an average month's rainfall has fallen in just one day. Houses and streets were flooded and roads -  destroyed.

A state of emergency was declared in the country due to floods.

A couple days later, due to heavy rains, there was also flooding in northern Algeria. From 7 to 8 September 2020 in the commune of Baraki, province of Algeria, in a period of 24 hours 63.0 (sixty-three) mm of rain fell, which is one and a half or two times the average level of precipitation for the entire month. Unfortunately, there are casualties and hundreds of damaged homes.

Thus, in the cities of Boumerdes and Henchel more than 840 (eight hundred and forty) houses were flooded.

Many roads were also flooded, resulting in serious traffic disruptions in at least five (5) municipalities.

On September 6-7, 2020, typhoon Heichen hit Japan and South Korea. It was accompanied by strong winds and powerful downpours.

Unfortunately, casualties, injured and missing people have been reported.

In Japan, the typhoon covered vast areas and reached the strength of Hurricane 2. Wind speed near the epicenter reached 160 (one hundred sixty) kilometers per hour, with gusts - more than 200 (two hundred) kilometers per hour. The strong wind ripped off roofs of houses, damaged agricultural crops, and also led to the disruption of power supply.

In Miyazaki Prefecture, 500 (five hundred) millimeters of precipitation fell in one day, which exceeded the monthly norm of September.

As a result, a landslide came down, damaging multiple buildings and carrying them into the river.

In South Korea, the typhoon affected the southern and eastern regions. Dozens of buildings were destroyed.

About 3 (three) thousand people had to leave their homes, about 75 (seventy-five) thousand households were left without electricity.

Due to the disaster in both countries road traffic was disrupted and domestic flights were cancelled.

Snow and fires in the US and Canada

On September 7, 2020, in several towns in the south of the Canadian province of Alberta, the temperature dropped below zero and snow fell.

It is worth mentioning that two days before that a 30-degree heat had been observed in the province.

And the next day, in less than a day, in some parts of the Rocky Mountains in the United States, the temperature also fell by about 15°C. Due to heavy snowfall and destructive winds, trees were felled in several states, leaving tens of thousands of people without electricity.

In the Salt Lake City area, Utah, wind gusts reached 160 (one hundred and sixty) kilometers per hour. Also, due to heavy snowfall, some roads were closed.

At the same time, due to the long period of dry weather and strong winds, forest fires are raging in Oregon and fire alerts remain high.

A state of emergency has been declared in several areas. The area of the most dangerous fires has spread over 80 (eighty) thousand hectares.

Thousands of residents were evacuated in several districts, and about 100 (one hundred) buildings were destroyed by fire in Lane County.

Earthquakes around the world

On September 7, 2020 a 5.1 magnitude  earthquake occurred in the GolEstan province, northern Iran.

Casualties have been reported.

Dozens of buildings were damaged.

After the earthquake, residents of the eastern cities of Golestan province went outside and spent the night near their houses.

The tremors were also felt in the coastal cities of Caspian Sea.

According to the governor of Ramian region, most of the injuries were caused by fear and anxiety caused by the earthquake.

It is very important for us to keep our self-control in any situation and not to give in to panic and fear. Control your thoughts and emotions, because in a critical situation it can help to save your life. Statistics say that it is often people's uncontrolled reactions and dismissive attitude towards their lives and lives of others that cause more casualties during cataclysms.

I would like to point out that there were many earthquakes in September of this year. For example, this month, as of September 8, more than 2700 earthquakes have happened. Maximum magnitude has reached 7.0. It is an indicator because only 20 years ago less than 1500 earthquakes happened for the same period , which is almost twice less.

Only on September 6, 2020 13 (thirteen) earthquakes with a magnitude more than 5.0 have happened.

They have been registered all over the world, from the coast of Chile → to Indonesia, as well as in the central part of Mid-Atlantic Ridge.

We all know that countries located in the region of the Ring of Fire are often exposed to earthquakes.

The Ring of Fire  was formed at the junction of several tectonic plates. Their movement causes frequent seismic activity.

And about 90% of earthquakes on the planet occur in this zone.

But it is important to note that during the last decade, the frequency and magnitude of earthquakes has increased significantly.

And this once again proves that nowadays global climate change takes place on our planet. And this is not a result of the anthropogenic factor. This is the final stage of the astronomical cycle, which includes all planets of the solar system. And our planet is no exception!


Friends, I would like to raise such a question at the end of this episode - there is now a lot of talk about the climate. But if we look at what actions are being taken, we see that they are local and aimed simply at eliminating the consequences of these cataclysms. For example, extinguishing fires, evacuation of people after the flood, removal of debris after earthquakes. Society prefers not to notice the whole global picture.

If we started to take climate change seriously, then at the level of the world community, we would identify potentially dangerous areas and move people from there to safer areas. And these people would not be affected, as climate refugees are being affected now, but would simply find a new home. The importance of a global approach to climate change is an opportunity to save millions of lives. After all, human life is the most important value.

And the way out is to unite, to understand and to build a Creative Society!  The more friendly our actions in times of global climate change will be, the more people will survive.

Please send your observations on climate change, your opinion on the causes and ways out to the ALLATRA IPM [email protected]