Implementation of the concept of Creative Society in education. Carmen Boulter (Canada)

Implementation of the concept of Creative Society in education. Carmen Boulter (Canada) In this video, professor Carmen Boulter shares her view on the importance of unity and empowerment in education. She discusses how the creative approach and constant practice help students to develop. 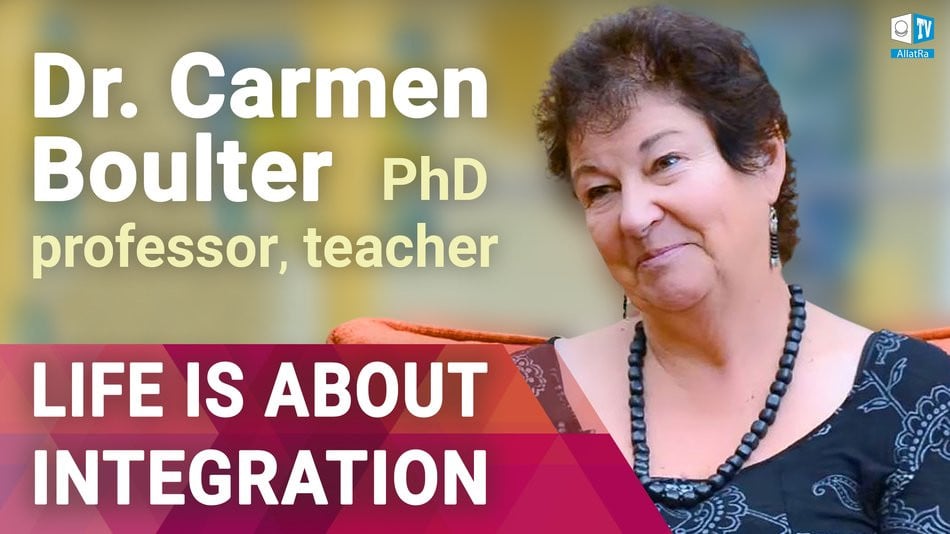 In this Interview Carmen Boulter, a professor at the University of Calgary in Canada, the director of The Pyramid Code series, shares her opinion on what unites all people, in what kind of society she would like to live in, what life is about. Carmen also shared an example from the past when people lived in peace, they were happy, lived without money, government and they were free. About implementation of the concept of Creative Society at work, in education. How to achieve a great result.

Galina: It’s nice to see you again. We are participants and volunteers of the Allatra International Public Movement. What do you think, what unites all people in the world regardless of nationality, religion and faith? What does everyone have in common?

Carmen: Well, I’ve been to 66 countries, different countries, and Egypt counts as one and I’ve been there 35 times and looking out my eyes, I see that all people want two things: love and respect.

Carmen: Everything else boils down to that, in my opinion.

Galina: Today we live in the 21st century and the wars are constantly going on. Would you, as a citizen of the world, like to live in the world where there is peace and love or in the one with conflicts and wars?

Carmen: I’ve always had an issue with the idea of a gun, cause what the gun is to shoot an animal or to shoot a person. And I used to think when I was a child that they should collect all the guns and melt them and make statues of angels and put them in the park.

Carmen: As a child I was thinking like why make a gun? Like why make a weapon? Because it’s only meant to hurt people, but hurt innocent people. And so it just never made any sense to me but the idea that a few people make money off it…

Galina: A huge amount of money.

Carmen: A huge amount of money, but a few people at the expense of everyone else… Because I’ve seen that people all over the world are incredibly generous and good and kind and wanting to communicate…

Galina: Now we live in a format of a consumer society, and we live in a society dominated by enrichment of some and the impoverishment of others, constant inflation, huge interest rates, in the world of “dog eats dog”, as you have already mentioned. Would you like to live in a creative and constructive society? And what is a creative and constructive society in your opinion? And how do people live in such a society?

Carmen: Thank you for the question, because working as a professor at the university and also, as a high school teacher over the years, I always subscribed to the idea of constructivism, ok? So, that the education that would start with where people are and move them forward to make something: write a play, make a project, develop something that was constructive. Constructivism is creativity. And so, you know if you can sing, dance, be in a play, make a flower arrangement, so… make something, ok? And that’s how we should live and that’s what inspires us. But the other thing is the blended different domains and disciplines. So, in school, math is math, and sewing is sewing. But you can’t do the math of a pattern. You know, you can’t blend things. But life is like that. Life is about everything being connected. So, patriarchy is about dividing everything. Everything is in a different department. Cultural anthropology doesn't speak to social. Nobody speaks to anybody, and they all have the storyline that they’re supposed to bring forward. But really, life is about integration, synthesis, listening, seeing people’s differences, but also seeing people’s similarities. And so, basically, just by switching that one paradigm that you’re not being educated unless you make something. And it doesn't matter where you start. You move forward. The person who is successful is the person who moves the farthest ahead.

If we are really gonna fix this world, I think we have to remember a time when it wasn’t crazy like it is now. When people lived in peace and everybody was happy and healthy. And it was co-operative and if somebody misbehaved they went and sat up on the hill until they decided and understood what was wrong with what they did. And we do have a possibility of life without money, without government, where people are free and healthy.

Galina: Yes, you are right. And I like your idea that all the spheres of education should be connected, closely connected.

Carmen: If you’re teaching with constructivism, you need to know different learning styles: auditory, visual, kinesthetic, multiple intelligences (musical intelligence, mathematical intelligence), you know, all these different things and so. I did a lot of research with my students, studying what kind of characteristics each person had.
And tailor-making the lessons in the computer through online learning, for all these multiple intelligences, and measuring the levels they had, and then teaching them this way, and measuring the levels after, and they all went up because most students in Asia are listening to a teacher reading from the book, I thought they would all be auditory. Their main learning was through the ears and that was all they have. And they don’t do sports so much, you know, they go to school, they go to after-school English classes. But it wasn't true. They all had a little bit of all the different multiple intelligences, and when I gave them musical ways of learning or, you know, visual, kinesthetic and different things, and got them up doing plays, all the levels went up.
Because they were stimulated, they were inspired.

Galina: We have to implement something new to change the way of our education. You are absolutely right and especially if you have such a huge result. And your students, I mean, the most important result is your students. They are happy, they are inspired, and they’ve got this 100%.

Carmen: In fact, at university, they say, you can only give one A+, I’m like: what if everybody does fabulous? What if everybody is inspired? They're all doing well. Their presentations. I was teaching them to do presentations, I was teaching to do academic writing and research, quantitative research, all the difficult things. And they were fantastic! And a lot of the students were around the world, that was distance education - online learning. And I sat there at the computer, while they were doing their presentations. Beautiful everything, everything matched. And literally there was one night, I’ll never forget it. I was sitting at the dining room table, while the students did their final presentations, and I had tears coming down my face because I thought - it was just so excellent -  one person after another.
I gave 4 people A+ that night.

Carmen: Okay… And a lot of students… And they say, the professors, they take the papers, they thrown down the stairs. The one that goes the farthest gets A+, and the one that's stuck on the stair gets an F, and they even don’t read them!
The students didn't know how to correct their work, they did... what's the difference between an A and a B, what's wrong with it?
So I had all these, I had 9 instructional websites and the answers to... So I’d read what they wrote and I’d highlight and put the link to the answer, right,  all the way through. So I’d say, your biggest learning - you get a cup of tea and you review my comments. Well, the next paper was better, the next paper was better, and in the end they could do it. What do you mean,  only one person can get A+?
Who's making that up?

And the data that I’ve collected for various subjects has really been very instructive because a hypothesis is your best guess of what influences something. Each of the major research pieces that I’ve done, studies - I was wrong. Because I was too naive. I thought a simple answer, ok, my master thesis was:  “Can someone change their internal image?” And so, what’s an internal image? And if you’re super intelligent, if you’re visual, if you’re….what are the characteristic features that would have somebody be able to go inside and change a negative self-image to a positive self-image? So I said, I hypothesized that there would be characteristic features that would land at self to people changing their image. So, I collected data and pretask, and post task and I had a treatment group and I had partial treatment group, and at the end, the full treatment group changed their image.

Galina: For the better?

Carmen: For the better. But the explanation for why that happened wasn’t adding up. I was looking at variables like I said, intelligence, extra version, visual kinesthetic, different abilities that people who had the biggest ability would change their image. Nope. Nope. And I looked for five years. My friends were saying, my colleagues and supervisors were saying: “Well, just say: ‘it didn’t work!’” But it did work! I could see the results. Ok, so, banged my head against the wall and looked and looked and looked and looked… Do you know what the answer was? Practice.

Galina: Constant practice. Working on oneself.

Carmen: So that changed my private practice. I was director of the Women’s Therapy Research Center working as a psychologist. So I wanted it to be in my little self that there was an answer to who did it better. And I had to completely change how I thought about therapy, treatment programs, that you gave people something to do and to practice. That changed my career, ok? So I was wrong every time with all the different research I did because I was too simple, and by getting involved in the literature review and the data and all that stuff, it made my mind open so it’s not bad news that the data doesn't support the hypothesis, it’s good news!

Galina: No, but at least you found that it depends on action. People should be active.

Carmen: Well, and the buzz thing is a model for an empowered humanity. And all of these other things if you don’t do anything to try, it’s disempowering. So you’re presenting a model to be empowered.

Carmen: And that’s what my work is too. A model for an empowered humanity.

Galina: So nice to hear it. It should be this way. People should communicate this way. I mean, only this way and no other way. In such an atmosphere. Thanks so much! Thank you for your time.

Carmen: Thank you too. I appreciate it. 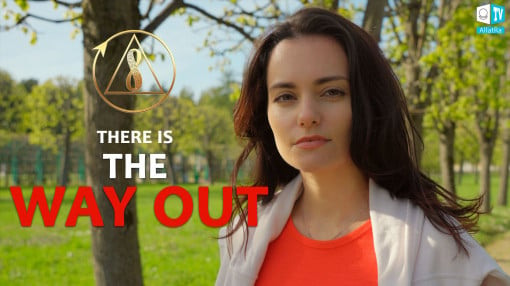 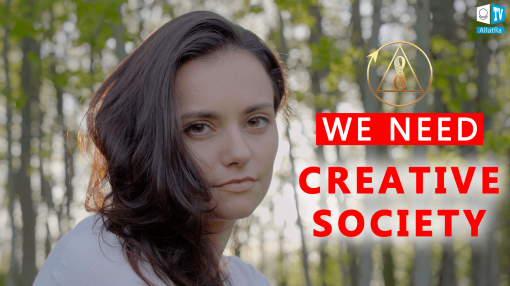 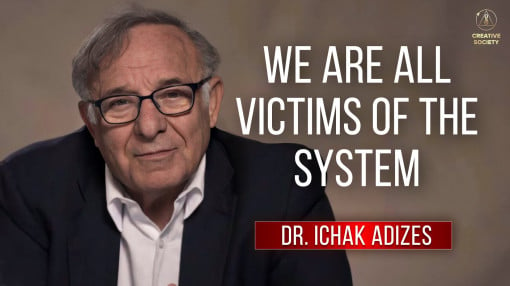 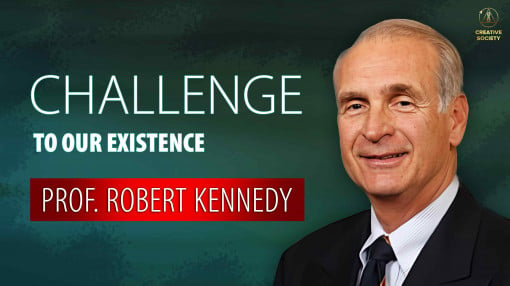 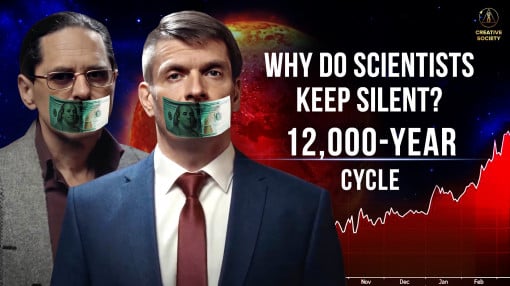 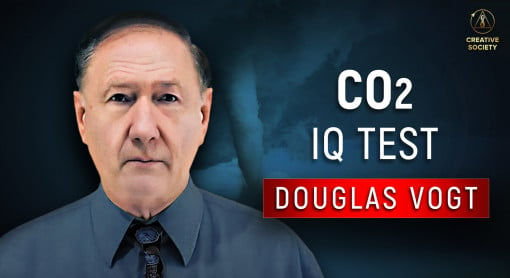 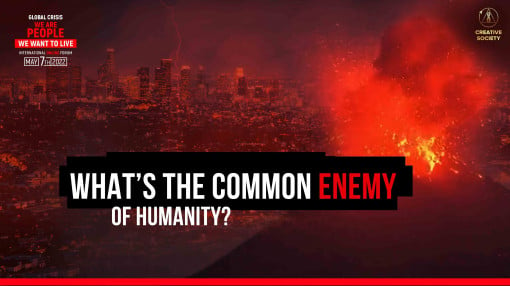 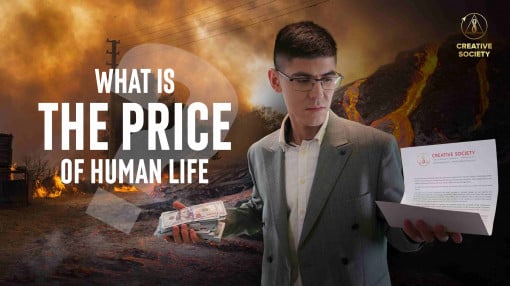 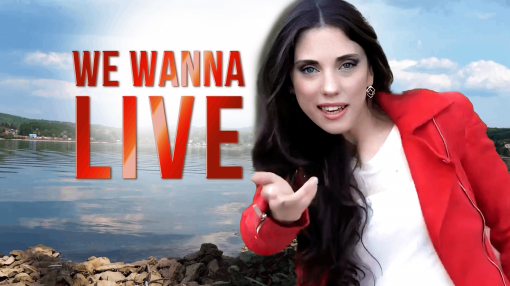 We Are PEOPLE. We Want to LIVE | The Forum song "G...
09 May 2022 370
View all
Contact the Movement participants
from different countries via ALLATRA IPM Coordination Centre
We welcome you to join
ALLATRA TV
Subscribe to the Telegram channel