Life is in Action! PEOPLE are ALREADY changing the world. Good News (English subtitles)  ALLATRA TV reporters continue to attend events that erase borders and unite people into one big family. You are watching Good news on ALLATRA TV. 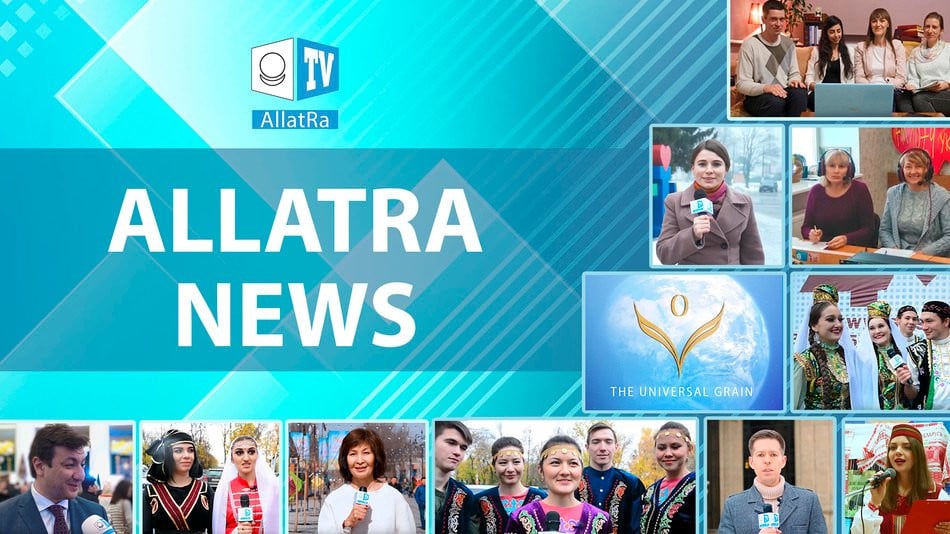 ALLATRA TV reporters continue to attend events that erase borders and unite people into one big family. You are watching Good news on ALLATRA TV.

Within the framework of the Republic Day of Bashkortostan, the youth multinational holiday "Let's join hands, friends!" united different nations, presented a colorful programme to the audience with the participation of performers and creative teams of the Republic and from abroad. Within the framework of "The Universal Grain" project, the ALLATRA movement volunteers interviewed the participants of the festival, and also presented everyone with the discs of the first film "The Universal Grain. The Choice".

In the city of Nikolaev in the central city library named after Kropivnitsky the regional national-cultural society of Belarusians "Voice of Radzima" held a literary and musical meeting, devoted to the international day of the native language, where an exhibition of books and print media of Belarus, products of folk art, made in Belarus folk style  were presented. Allatra TV participants had the opportunity to communicate with the organizers and guests of the meeting and ask them questions for “The Universal Grain” project. The warmth and soulfulness of the meeting allowed all those present to plunge into the atmosphere of the Belarusian culture and feel how close and relative it is.

On the air of radio Samara in the programme "Meetings with interesting people" participants of ALLATRA International Public Movement told the audience about the numerous projects of the ALLATRA movement, which fill with sincerity and positive, multiplying humanness, kindness and unity in the society.

In Kazan city, the ALLATRA movement volunteers organized a screening of the film “The Universal Grain. Part 1. The Choice” on the TV channel “The first city channel. Kazan”. The film tells viewers which main choice humanity and each person faces today.

Thanks to the activities of the AllatRa movement participants in the cities of Volgograd and Volzhsky, on LED screens of large shopping centers, the videos about the book “AllatRa” and fragments of a live conversation “Consciousness and Personality. From the inevitably dead to the eternally Alive.” were launched. Many residents and visitors had the opportunity to see this important information.

For the first time, the presentation of the books by Anastasia Novykh took place in the city of Fastiv (Ukraine). The event brought together all the participants in a sincere desire to share the Primordial Knowledge. At the end of the presentation, a set of books by Anastasia Novykh was presented to the library of the Fastiv State Local History Museum, as well as three sets to the Fastiv city library.
Spring is the awakening of a New Life! Navruz is a Holiday of Spring and New year, a holiday of Good, Light and Love! Ambassadors and diplomatic representatives of many Islamic countries gathered together to meet this most beautiful and joyful Holiday, as well as jointly organized a celebration for all residents and guests of Kiev. Everyone present came to know the colourful cultures of the peoples, with the identity of Oriental art, music, folk dances and most importantly — with the sincerity and hospitality of people!

THE CALL OF MAHDI video
https://allatra.tv/en/video/the-call-of-mahdi

THE UNIVERSAL GRAIN. Part One. THE CHOICE film
https://allatra.tv/en/video/universal-grain-choice