Record drought in the last 1000 years in Chile. Activating the ring of Fire? Floods → Africa

Record drought in the last 1000 years in Chile. Activating the ring of Fire? Floods → Africa Climate Breaking News in April 2020 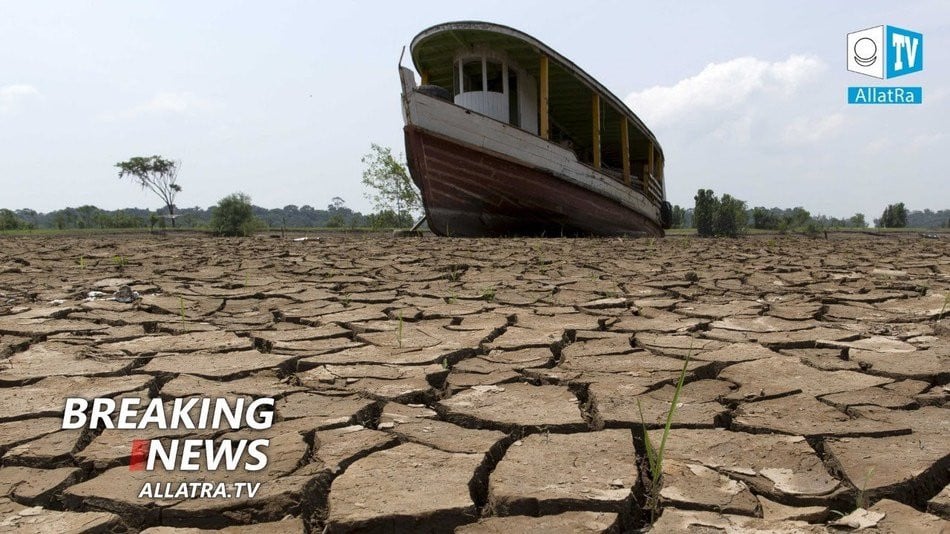 Live BREAKING NEWS every Sunday at 13:00 GMT on ALLATRA TV.

In April 2020, floods and landslides are affecting thousands of people. The ruthless disaster  takes human lives and leaves serious damage behind.

FLOODS AND LANDSLIDES IN AFRICA

On April 19, 2020, in the western part of Kenya, residents from several districts were affected by heavy rain. Unfortunately, some were found dead or being missing. In some places, the stormy streams of water were so strong that they demolished houses and uprooted trees. At least 4 (four) thousand people were evacuated to safe areas.

In Rwanda, people also died due to floods, and in neighboring Burundi, about 27 (twenty seven) thousand people were affected. Flooding caused significant damage to homes, infrastructure and crops. Residents of high-risk areas were encouraged to move to safer areas.

On April 18, 2020, stormy weather moved into western Angola. After heavy rain and powerful winds that hit several areas of the province of Luanda, dozens of people were killed or vanished without a trace.
In the municipality of Talaton, the river overflowed and led to flooding and a lot of houses were damaged. More than 100 (one hundred) families were forced to leave their homes. And in the province of South Kwanza, dozens more were evacuated due to the houses collapsing.
Earlier, on April 16-17, 2020, there was a large-scale flood in several provinces of the Republic of Congo. Unfortunately, there are found dead and missing.
In the city of Uvira, the province of South Kivu, due to flooding, almost 78 (seventy-eight) thousand people were left homeless.
Streams of water blocked the roads, and some bridges became simply unusable.

Here in Nigeria, in the last seven years, we have witnessed an increase in extreme weather. There are early and longer lasting rainfalls which lead to river and coastal flooding. Last year flooding destroyed farmlands and forced over 130 thousand people from their homes in 124 local government areas in Nigeria's 36 states.
Climate change is occurring on a massive scale, and it's very important that people know about it and are willing to help their neighbor in a difficult situation. We share a common HUMANITY.

As we see, people in Africa are not protected from natural disasters because of poverty.
Compared to other highly developed countries, where living standards are high enough, there are more opportunities to ensure the safety of their citizens.

Why do you think there is still inequality among people on the planet in the 21st century?
Why, after natural disasters and destruction, are people in poor countries left face to face with their misery?

Isn't it time we built a creative human society where everyone feels safe, where everyone's life is valued?  A society in which all human beings are equal. It is not known what each of us can become tomorrow! Will we be the host? - or a climate refugee who in a moment lost all means of livelihood?

There is an uneven distribution of precipitation on the planet. While some regions are experiencing floods, others are suffering from droughts. Many countries in the world are already experiencing the worst dry periods, not only in recent years but also for decades or even millennia.

HEAT WAVE IN CUBA AND DROUGHT IN CHILE

In April 2020, there was an abnormal heat wave in the West and East of Cuba. In several cities, previous temperature records were broken. Also extremely high temperatures were recorded in the Caribbean Sea for several days. Because of the warm southern stream, there was no wind. Under such conditions, cloud cover disappears, resulting in waves of heat and drought. In addition to the abnormal heat, more than 90% of the country's territory has been affected by drought for a long time.

In Chile, the abnormal drought continues for the tenth consecutive year. This is the record duration of the drought in the country's history. Every year since 2010, central Chile has had an average rainfall between 20 and 45 per cent below normal.
Many reservoirs are drying up, at historically low levels. For example, in the last four years, the water level of the reservoir that provides the city of Santiago has fallen by almost 60%  percent. Because of the lack of precipitation in the mountains, it is practically not refilled with melt water.

Prolonged drought leads to severe water shortages, which is a vital human need.
The inhabitants of this region are essentially left without sources of drinking water. And will they be able to live in the area in the future.
Because already now about 1.5 (one and a half) million people depend on water supply in storage tanks.

Scientists at the University of Chile, who are reconstructing data on past climate conditions from tree rings, have calculated that the last drought of this magnitude occurred in the region more than 1000 years ago.
And their colleagues at Columbia University, using the same method, recorded the worst drought in the southwest United States in 1200 (one thousand two hundred) years.

First, an abnormal heat wave, then an unprecedented storm with giant hail struck some states of Australia. And in neighbouring New Caledonia, heavy rainfall caused floods and landslides.

STORM AND HEAT WAVE IN AUSTRALIA | FLOODING IN NEW CALEDONIA

On April 17, 2020, in several cities in the states of Queensland and New South Wales, the temperature bars rose to + 31 ° ... + 35º (thirty-five) С. Some indicators were 7º-8º С higher than the average monthly norm at this time of the year. Such a hot day in April was recorded for the first time in decades.

From April 19, 2020, an unprecedented storm hit the central and eastern parts of Queensland. It was accompanied by gusts of wind over 100 (one hundred) km/h and a giant hail the size of a tennis ball. More than 180 (one hundred eighty) thousand lightning strikes were also recorded.
A powerful storm damaged homes and cars.
The next day, 18 (eighteen) mm of precipitation fell in Kingaroy, which is almost half of the monthly norm. This is a record amount of precipitation for April day since 2014.

Hail is not uncommon for this region, but with a significant increase in air temperature, it can cause a serious threat to human life. Since there is a relationship between
air temperature and hailstones.
The higher the temperature is, the more powerful the upward flow of air, which raises water droplets to a height where they are cooled and formed into gradients.
The higher the speed of air currents, the longer the ball of ice flies through the cloud and the bigger it becomes. Large hailstones are quite capable of destroying not only the crop, but also breaking through the roof of a car, the roof of houses, in some cases even killing a person.
On April 19-20, 2020 heavy rains caused floods and landslides in some areas of New Caledonia. In some places, in just six hours, 200 (two hundred) mm of precipitation fell, which is almost the monthly norm for this area. Flood waters flooded bridges and roads; as a result, several settlements were cut off from the outside world. There were power outages.

Summing up what we have just heard about the Australian environment and the catastrophic fires and other extreme climatic events in the past, it is clear that we need to take some action and take it urgently. We can only do this together as a global community based on AllatRa. It is time for action.

In April, increased seismic and volcanic activity was registered almost simultaneously. During one day, an eruption of about 15 volcanoes in the area of the Fire Ring was recorded. What does that say?

On 19 April 2020, the largest active volcano in Europe, Etna, reactivated on the island of Sicily, Italy. The eruption of the volcano was accompanied by the emission of lava flow, and the pillars of smoke and ash rose to a height of 5 km.

Earlier on April 10, 2020, a powerful eruption of Anak-Krakatau volcano occurred in Indonesia.
People living near the coastline of Kaliyanda city moved to safer areas after the eruption began.
The country belongs to the Pacific Ring of Fire and is home to hundreds of volcanoes. About 130 of them are active.
Indonesia has so many active volcanoes because it is situated at the junction of three tectonic plates.

It should be noted that almost simultaneously the activity of about 15 (fifteen) volcanoes, which are part of the Pacific Fire Ring, was recorded. From Japan to Mexico, they demonstrated themselves by hot mass ejections.

Almost at the same time since April 15, 2020 in the area of the Fire Ring there were about 17 (seventeen) earthquakes with magnitude over 5.
Increases in volcanic and seismic activity are interrelated phenomena that are the result of processes occurring inside the planet.
In its turn, the changes that occur in the Earth's interior are derived from astronomical processes and their cyclicality.
The history of our planet shows that the Earth has already undergone many changes in epochs that have been accompanied by global climate change.
We are now living in that period of cyclical change. We cannot influence the climate, but we can pass this period with minimal losses.

Natural disasters caused by global climate change take people by surprise, causing destruction and sweeping away everything in their path.
Increasingly, they are taking away people's lives, the most precious thing.
But people still have a way out - early preparation and unity of the peoples of the world before the threatening natural danger will give humanity a chance to survive.
After all, it is possible, but only by uniting the efforts of each citizen of our common home, to overcome together the difficulties in the era of global climate change of the planet.
Let us not fight, but be friends!
Let us not destroy, let us build!
Let us unite!!!
After all, joint action for the benefit of all society makes a person happy.