Severe heat in Europe. Floods in South-West China, India and Romania. Earthquakes in Turkey Watch in this episode climate catastrophes which took place in the second part of June 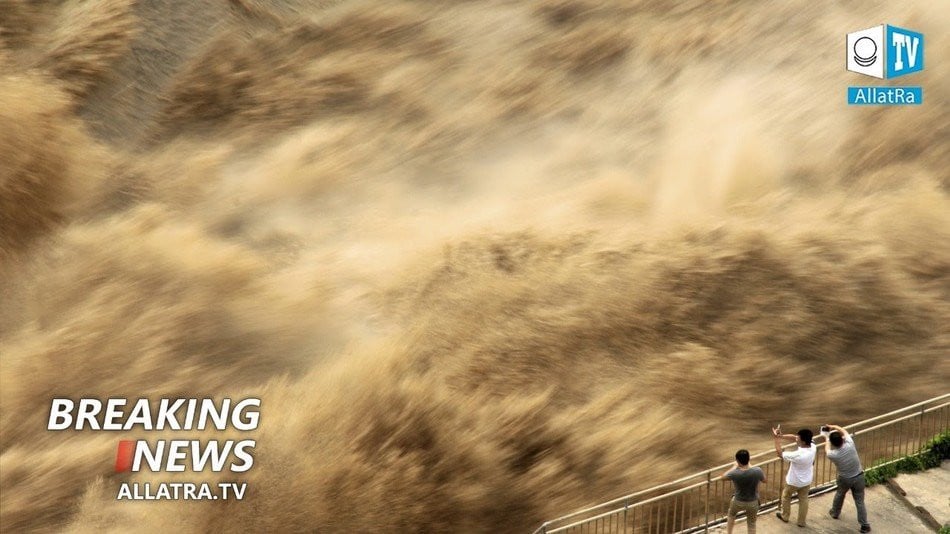 Climate Breaking News on ALLATRA TV.
Watch in this Episode:

Watch reliable information about climate disasters in the previous episodes.

At the end of June 2020, a number of European countries experienced intense heat.
In Finland, the temperature was 6°C above normal. June of this year has already become the warmest in the history of observations in the country.

In the UK, temperature records were also set for this season.
On June 24th-25th, 2020 atypically high temperatures were recorded in Spain and France. In some regions, temperatures reached +37°C - +48°C.
Eyewitness report

In recent years, Germany has experienced abnormally hot summers and warm winters. There is no frost, the soil does not freeze and we are already seeing unprecedented early forest fires, which this year began in May in Brandenburg region.  A large hailstorm is destroying crops and harvests, causing billions of euros in damage. Last year broke the temperature record of 2014 and was the hottest year since temperature records began in 1881. People are dying from the heat. The news says we should get ready, but how? After all, even in the next few days weather forecasts do not come true. It's not about adaptation anymore, it's about survival. Even a relatively prosperous country will not be able to cope with what is already happening. Taking into account climate threats, economic, epidemiological and social crises, we need a comprehensive global solution.

On June 26, 2020, a shower hit Vladivostok, Russia. During the disaster, almost a monthly amount of rainfall fell in less than 12 (twelve) hours. Streets were flooded and trees were downed, and mudflows also occurred. The next day, residents of 100 (one hundred) housing units were left without electricity.
It is worth noting that around the world the number of natural disasters is growing.
For example, in Japan over the past 10 years, the number of landslides has increased by almost 50% according to a report by the Government of Japan
As indicated in this report, from 2000 to 2009, the average amount was about 1,000 (thousand) landslides per year, and from 2010 to 2019 already about 1,500 (one and a half thousand) landslides per year.

And in 2018, a record was set in the country: almost 3,500 (three and a half thousand) landslides that occured after heavy rains in the western region and the earthquake on the island of Hokkaido.

On June 25, 2020, heavy rain hit the southwestern Nagasaki Prefecture in Japan. In Sasebo, the monthly amount of rainfall fell in one day.

And on June 26, 2020, a massive landslide occurred in Palopo, Indonesia. Fortunately, there were no casualties.
9 (nine) houses were damaged and transport links were disrupted.

We remind that a similar landslide occurred in the same area a week ago.
The video of eyewitnesses shows that a person is powerless before natural disasters, understanding the inevitability of what is happening, people could only watch as their homes fall into the cliff.

These facts clearly show that the dynamics of cataclysms is growing and the onslaught of nature is becoming more unpredictable and destructive. On the example of eyewitness videos, we see how a person can lose everything in a few minutes. We need to understand that today this is happening in some other country, but tomorrow it may happen in our country.

On June 25 2020, the residents of Bihar and Uttar Pradesh in India were affected by severe thunderstorms accompanied by numerous lightning strikes. Unfortunately, many people died and dozens were injured. The majority of the deaths were caused by lightning storms, which also caused significant damage to homes and property.
In late June, due to prolonged monsoon rains the flooding situation in Assam State grew worse.
More than 1 million people were forced to leave their homes. Unfortunately, there are some casualties.

Heavy rains have hit at least 23 of the 33 districts in the state. In several regions, the Brahmaputra River has risen above dangerous levels, flooding more than 2 (two) thousand villages. The floods also affected almost 70,000 hectares of agricultural crops.
Most of Kaziranga National Park, home to rare animal species, was underwater.
Rains are continuing in the region and the situation is becoming more critical.

On June 27, 2020 in the Indian city of Cherrapunji, Meghalaya state, a very large amount of rainfall - 570 mm - was recorded in just one day.

In almost a month, the state of Meghalaya had 30% more rainfall than normal. On the hills of Hashi in June, 2,285 mm of precipitation was recorded, which is almost twice the monthly amount.
As in Bihar and Uttar Pradesh  livelihood activities in rural areas majorly depend on agriculture and rearing cattle. In many cases, Farmers and cattle are highly affected and lose their life during a thunderstorm.

In the south-west of China, torrential rains that have not been subsiding for a month already, are leading to large-scale floods. Unfortunately, dozens of people died and there are missing.
According to the latest data for the month in 26 provinces of the country, about 14 million people were affected by floods and storms. And  more than 700 thousand people were forced to leave their homes.

On June 22, 2020, in Chongqing, torrential rains caused the most severe flooding in 80 years. The water level in the Qijiang River rose more than 5 meters above normal and reached a historic maximum.
Hundreds of houses were damaged, and some were completely destroyed.

Three days later, a large hail passed in the eastern regions of the country. Hailstones were the size of a chicken egg. As a result of the rampant disaster, cars and agricultural land were damaged.

On June 23, 2020, extensive showers hit Romania. June of this year broke records for the amount of precipitation over the past 60 years. As a result, people died.
Over 160 settlements were flooded in 29 regions, and because of it, many local residents were evacuated. Hundreds of houses in the North and in the Center of Romania were left without electricity. As a result of floods, landslides, and fallen trees, many roads were blocked.

Millions of people are already facing the effects of growing climate change. None of us are safe from them. That is why it is very important to manifest the best human qualities, helping each other.

On June 25, 2020, a 5.4 magnitude earthquake occurred in eastern Turkey in Van province.
There are injured.
The hypocenter of the natural force was located at a depth of about 7 km.
Some houses were damaged.
This seismic event caused panic, people ran out of their homes. Tremors were also felt in neighboring provinces and areas.

Dust from the Sahara in Mexico and the United States

A huge cloud of dust that came from the Sahara at the end of June covered the Caribbean islands, and later its plume reached Mexico and the United States.
The concentration of dust in the air in some areas of these countries has reached a critical level. This not only significantly reduces visibility, which often leads to accidents on the roads, but also greatly affects people's health.
Dust travels from the desert west across the Atlantic every year. But, as environmental health experts at the University of Puerto Rico noted, this time the dust content in the air was the highest in 50 years.
At the beginning of June, in one of the breaking news releases, we presented research by California scientists about the content of coarse dust in the atmosphere. And I would like to recall that their conclusions were that the influence of desert dust is much stronger than previously thought. It is able to influence the circulation of air masses, has a significant effect on precipitation.

Luxury homes, mansions; all this, in a matter of seconds, is destroyed by earthquakes and drifted by water, along with all the so-called luxuries. At such moments, it becomes clear and understandable that only life has a real value.. And not the cult of material things that has been cultivated over the past 6 thousand years.

On our planet, for many years they  have been convincing people that only the strongest survives, and those who accumulate a solid financial condition will save themselves from all troubles. This misconception contributed to the concentration of enormous power in the hands of a small group of people. Over the centuries, they have contributed to strengthening the system that impedes the adoption of true values ​​in society, such as: The value of life of every person, his freedom of choice, that we are all equal and in reality - one big human family.

They seek to convince us that we, ordinary people, have no power to change anything.

While we are disconnected, it is really impossible to do anything, but the power of unity is capable of doing the impossible. And here really, important and valuable is the contribution of each person who wants to preserve our civilization and restore its human face.

Today, fortunately, more and more people are beginning to understand this.

Creative society is a truly universal, international project on the IPM ALLATRA platform, initiated by people themselves in order to collectively answer the question of how do we see a Creative society and how we all, all humanity can unite to build it.