Catastrophe in Czech Republic: Powerful tornado wiped out houses. Severe flooding around the world | Climate Breaking News The climate on Earth is becoming more and more aggressive toward humans! 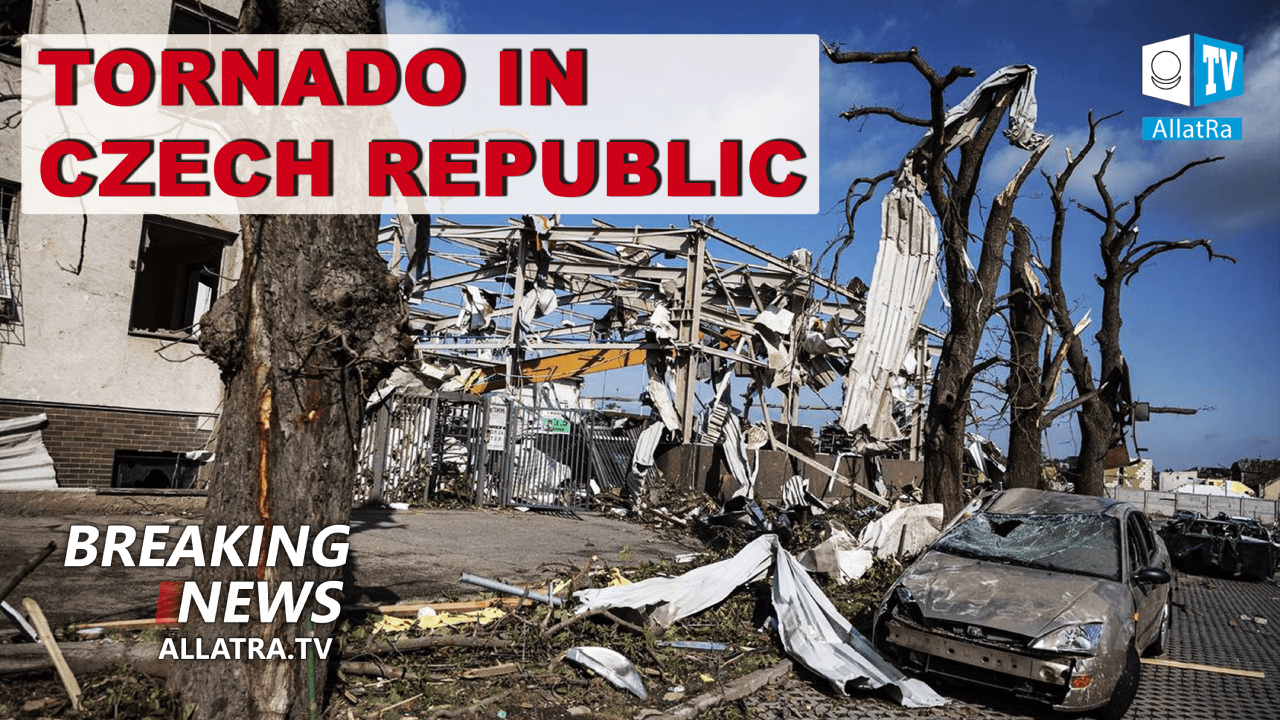 The climate on Earth is becoming more and more aggressive toward humans!

- On June 24, 2021, a devastating tornado struck the Czech Republic. Locals say they have never seen such force of the disaster before, and the videos of eyewitnesses resemble apocalyptic footage.

- On June 25, a sudden storm turned some of the streets of Lviv into rivers in just one hour. The day before it was the hottest heatwave on record for the past 75 years.

- The heatwave in the western United States breaks more than 100-year records and affects a vast region. While other U.S. states recorded abnormally cold weather in early June.

- Flooding in Crimea caught the residents of the cities of Yalta and Kerch by surprise. Rushing torrents of water rushed through the streets, taking away people and cars.

- On June 19 and 20, heavy downpours caused rivers to overflow in several states of India. More than 60,000 people were affected by the floods. Sadly, there were fatalities. Thunderstorms and heavy rains with gale-force winds also affected the western parts of the country

As we can see, apart from the disaster itself, its consequences are no less threatening. They in turn often lead to economic and food crises.

What threats humanity still has to face in case the consumer format of society continues to dominate, watch on July 24, 2021, at the International Online Conference: "Global Crisis. This Already Affects Everyone."

According to EM-DAT's emergency database, there were 389 disaster-type climate incidents in 2020, higher than the annual average of 368 registered from 2000 to 2019.

Natural disaster statistics signal that the climate situation is worsening. And the sudden and widespread force of natural disasters shows how quickly and dramatically people's lives are changing around the world.

Millions of people are already choosing Creation as a degree of responsibility and a way out of the crisis of the consumer society. It's important now to act! To inform all people on the planet about the Creative Society.

Showing consideration and caring is an inherent quality and need of every human being.

So what will each of us choose now: destruction or Creation?