Even one Person can do a lot! | ALLATRA NEWS | LIVE #8 Live review of educational videos on ALLATRA TV for the week 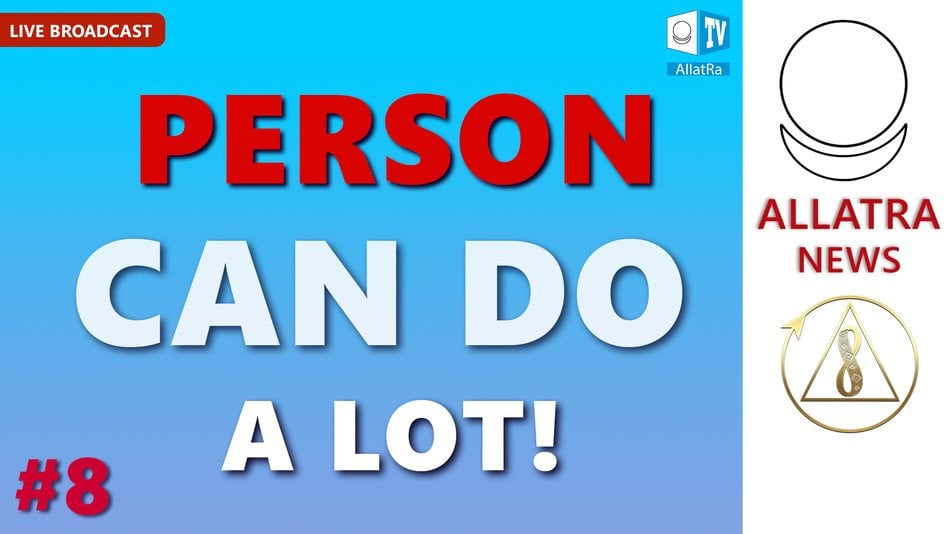 In this episode of ALLATRA NEWS:

One person can beget a chain reaction of good deeds

Olesya Tarasenko is the founder of the first blog-magazine of Ukraine Lucky Ukraine, Deputy head of the Department of the State employment center of Ukraine, organizer of cultural, social and charitable projects. Olesya was included in the national rating "TOP 100 outstanding women of Kiev region" in 2019 and 2020, in the all-Ukrainian rating "Successful women of Ukraine", awarded the I National award" Best Ukrainian in the profession "(marketer), as well as the all-Ukrainian award" Mama WOW", awarded the order "for the development of Ukraine".
Our acquaintance with Olesya took place at one of the events where she was the organizer, where we talked with Her about human values and the idea of building a Creative Society. Olesya was so inspired by the conversation and the topics raised that she was happy to respond to the offer to share her understanding already live in the ALLATRA TV Studio. Thanks to Olesya's active actions, a chain of live broadcasts was launched, which began to take place on the ALLATRA TV channel every day, where Olesya is a co-host. She invites her friends and acquaintances-socially active people from different spheres. And every day after work, Olesya hurries to the ALLATRA TV Studio to meet with guests. On the air, all participants of the conversation are happy to take up the noble goal of creating a happy society and openly discuss what the new world can be like, so that everyone in it is happy.
When a person himself is an example and is filled with a great desire to bring good and love to the world, then those who are walking next to him are inspired and new lights are lit. And this once again proves that one Person can do a lot!

Release of the video THE UNIVERSAL GRAIN Film 2 in English

The goal of THE UNIVERSAL GRAIN project is to study and reveal the common spiritual grains that underlie the world's religions and cultures. Studying the sacred texts of all existing religions and cultures, we have seen that the teachings of all peoples of the world are based on the same grains of Truth. This awareness gives us an understanding that we are all one, that our cultures and religions teach and talk about the same thing.
As we can see, everyone can be a researcher and bring this benefit to people. Join the project "The Universal Grain", send your observations to the mail [email protected]

ALLATRA IPM Participants continue their research on the third part of the film "The Universal Grain, uniting people on the basis of kindness, peace, friendship, mutual assistance, mutual cooperation, love. This work is based on Knowledge from the book “ALLATRA" and videos with the participation of I. M. Danilov, which can be touched by anyone, and which give an understanding that all people on Earth have a common future and common aspirations - to live in peace and joy.

People around the world are implementing many projects. The need for communication on creative themes and implement them in life, are encouraged to act as active participants of the ALLATRA IPM. Thanks to the social surveys conducted by participants of the ALLATRA movement around the world, more and more people are learning about the idea of building a creative society and the most important thing is that people respond to this project, light up with this idea and we see that the theory of 6 handshakes, which says that all people of the earth are familiar with each other through a chain of 5 common acquaintances, works in practice. I will tell you the story of how we met a good man. Conducting opinion polls for the project "The Universal Grain", we went to the streets of Odessa to find out what unites all people on Earth and how they see the society in which everyone would like to live. During one of the interviews, we met Bashar from Palestine. The conversation was so interesting that we forgot to even ask for his name and phone number. When the video was ready and we wanted to release it, we didn't know the name or where he came from. But the story continued… And what was my surprise when some time later in the city of a million people I met him on the street again, went up, spoke and took the phone number. As they say, accidents are not accidental. After that, Bashar started participating in conferences organized on the ALLATRA TV platform, such as "Sport in Creative Society" and "The Role of women in Creative Society", and he was a speaker during the "Equal opportunities in Creative Society" discussion on ALLATRA TV MIDDLE EAST.

Once again, I am convinced that it is important not to be silent. If every person who has learned about the idea of building a Creative Society tells their friends, the whole world will know about it in a very short time. A Creative Society cannot be built in a single country. It should be built all over the world! Today, thanks to Internet technologies, we can freely communicate, share our ideas, experience and unite the whole world! The main thing is a person's desire and aspirations to act and live in a peaceful and creative society!

Life is full of endless possibilities. A person decides how to live. If you walk through life with a smile and act selflessly for the benefit of all society, then one day everything will come true and we will hear the creative song of our beautiful, kind, real CREATIVE SOCIETY! 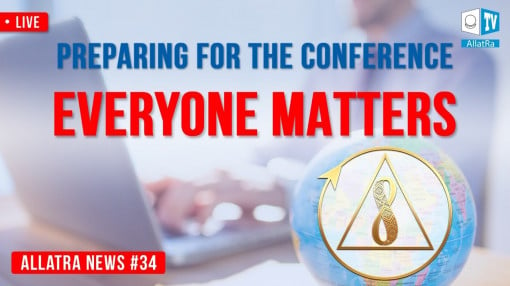 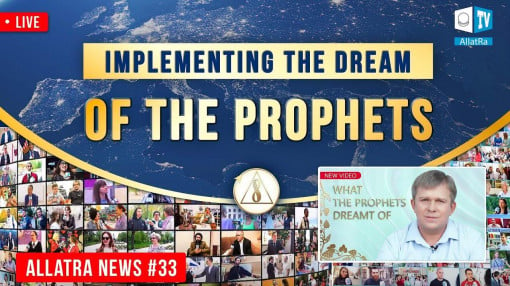 Implementing the Dream of the Prophets | ALLATRA N...
16 January 2021 123
View all
Contact the Movement participants
from different countries via ALLATRA IPM Coordination Centre
We welcome you to join
ALLATRA TV
Subscribe to the Telegram channel