The Sinabung volcano in Indonesia has reawakened. Tornadoes in China. Flooding in Yemen, India, Australia

The Sinabung volcano in Indonesia has reawakened. Tornadoes in China. Flooding in Yemen, India, Australia In early August, increased seismic and volcanic activity was recorded in a number of countries. Today the issue of forecasting these disasters is one of the most important 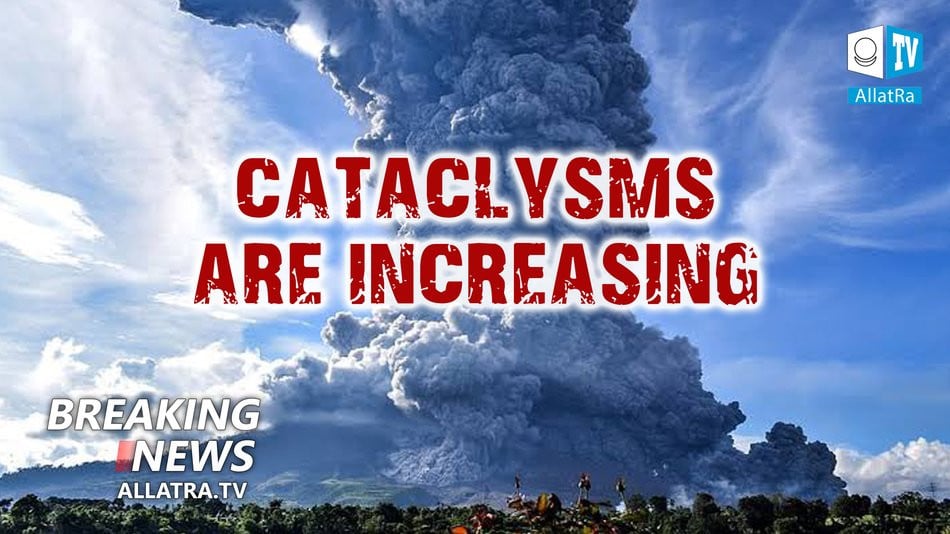 In early August, an increased seismic and volcanic activity was registered in several countries. As of today, the matter of predicting these cataclysms is one of the most important concerns. Despite all the technical progress of our civilization, we still have not learned how to predict them, although the consequences of such events are colossal. Mount Sinabung in Indonesia has awakened once again. More about this event and about earthquakes all over the world in the next report.

On  August 7, Mount SInabung erupted on Sumatra, Indonesia. Smoke and ash column was the height of 2 (two) thousand meters, which resulted in an Aircraft Safety Alert. According to eyewitnesses, the sky became dim and there were sounds similar to thunder rumbling. Also a thick layer of ash covered everything within a radius of 20 (twenty) kilometers from the volcano, so the locals had to clear the streets.

Earlier, on August 3, 2020, a 5.5 magnitude earthquake occurred in the Tarapaca region of northern Chile.
The earth tremors were so strong  that they were felt even by the residents of neighbouring Bolivia and Peru.

On August 7, two earthquakes of magnitudes 4.9 and 4.5 were registered in the province of Mila in Algeria. Several houses  were destroyed or damaged, while the cracks appeared on the roads. Water began to quickly fill some of the cracks in the ground.

On the next day, a 5.3 magnitude earthquake occurred in China, in the Xinjiang Uyghur Autonomous Region.
Underground tremors were felt in a number of settlements of the region.

Strong earthquakes also continue to be reported off the coast of Alaska. On August 8, the magnitude of a seismic event was 5.5.
No casualties or damage have been reported.

On August 9, 2020 a 5.1 magnitude earthquake occurred  in the city of Sparta in the American state of North Carolina. It's been the strongest seismic event in this state since 1916.
Thousands of people felt powerful trembling while over half a million people felt a moderate or mild tremor. The earth tremors caused the facades of buildings to collapse, and huge cracks appeared on the roads. This seismic event is quite rare, because it took place inside the North American plate. Typically, such tremors are less common than earthquakes at the junctions of tectonic plates.

Snow on the island of Tasmania (Australia). Fires in Portugal. Abnormal heat in France

On August 4-5 2020, snow fell on the island of Tasmania, Australia. The temperature dropped below zero. Although it is winter  now in the southern hemisphere, it is still a very rare phenomenon and the last time it snowed there about 40 years ago. Besides, temperatures do not usually drop below 7-8 degrees Celsius in the winter. In addition, Tasmania had its second driest July throughout the history of meteorology .

As of  August 7, 2020, fires are still ongoing in northern and central Portugal because of the heat wave. Hundreds of firefighters and aviation are involved in extinguishing the fires. Evacuations have been carried out. There have been reports of casualties.

On the same day, the abnormal heat returned to France. In half of the country, with an increased temperature, the temperature rose to 37 (thirty-seven) - 40 (forty) degrees Celsius, in some places to 42 (forty-two) degrees Celsius. As a result, the "orange" level of alert was declared in 53 (53) departments of the country. In Paris, the metropolitan area and in nine other departments, the red level of alert was declared.

More than 20 tornadoes in the US, Canada and China. Flooding in Australia

Hurricane Isaias, which we discussed in the last episode, continued its movement along the East Coast of the United States, carrying devastating winds and heavy rain.
The storm triggered over 20 (twenty) tornadoes, which caused significant damage. One of the most devastating tornadoes in North Carolina struck at 233 km/h.  There are dead, injured and missing.

At Mount Washington, New Hampshire, a record wind gust of 237 (two hundred and thirty seven) kilometres per hour was registred. As a result, trees were flattened , roads were blocked and power lines were cut. Because of this, 140 (one hundred and forty) thousand residents were left without electricity.

On  August 7 2020, a tornado struck the Canadian province of Manitoba. Unfortunately, there are dead. Some farms and granaries were damaged, electrical wires were cut.

And on August 9, a devastating tornado struck the Inner Mongolia Autonomous Region in China. Unfortunately, dozens of people were injured. More than 100 homes were partially or fully destroyed.

Meanwhile, in Australia on 10 August, heavy rain and strong winds hit southern New South Wales, causing the worst flooding in the area in 29 years. Unfortunately, there was one casualty reported.
Rapid storm winds reached over 90 (over ninety) km/h. In Sydney, the waves on the coast reached a height of more than five meters.
Trees were flattened , roads and houses were flooded, and property was damaged. During the day, over two thousand people were left without electricity. The floods on the south-eastern coast led to three evacuation orders for local residents.

On August 5-6, a heavy rain storm hit Mangystau Region in Kazakhstan. As a result, the monthly rainfall rate for this region was more than 7 times exceeded.
On the night of August 6, 66 mm of precipitation fell in the city of Aktau, which is 11 times higher than the monthly norm in this locality. Because of this, the roofs of some apartment buildings were leaking, making waterfalls out of staircases. Many streets were also flooded, which caused a lot of trouble for drivers.

Meanwhile, heavy monsoon rains over just a few days, on August 7-8, caused flash floods, in various parts of Pakistan. Unfortunately, it led to loss of life.
In southern Sindh province, people were evacuated by boat to relief camps. In the region, about 100 (hundred) houses were damaged.

At the same time, heavy rain and thunderstorms caused a sudden flood on the island of Euboea in Central Greece. There have been reports of missing people and casualties..
During the storm, from 200 to 300 mm of rain fell in some parts of the island in just a few hours.
The flood caused massive destruction, damaging roads and the bridge. Dozens of people were evacuated from their homes and cars that were trapped in water.
In some areas, local rivers overflowed their banks and flooded several houses.
Experts note that summer in Greece is usually dry and thunderstorms are rare but they have become more frequent in recent years.

On August 7, 2020 in India, in the state of Kerala heavy rains caused a massive landslide. Unfortunately, dozens of people died and went missing. Dozens of houses were destroyed and power lines damaged.

Earlier, on August 5 and 6, floods occurred in Mumbai. The floods were caused by heavy downpours and wind speeds of nearly 110 (one hundred and ten) kilometres per hour.
More than half of the monthly rainfall fell on the city in one day. This is the heaviest rainfall in the last 46 (forty-six) years. Buildings were damaged, trees fell and the railway service was paralyzed.
The rains also coincided with a tide of 4 (four) metres high, causing flooding of coastal areas. Following the retreat of the tide, severe flooding was recorded throughout the city.

Massive flooding and destruction also occurred in the Arabian Peninsula.
Since late July, sustained rainfall has caused severe flooding in several regions in southern and western Saudi Arabia.
Unfortunately, there were fatalities. About 600 (six hundred) people have left their homes and moved to temporary shelters.

On 4 August 2020, in Yemen, about 112 mm of rain fell in one day in the province of Al-Hodayda alone, which is 14 times the monthly norm. As a result of the disaster, collapses of buildings and dams were recorded throughout the country. Farms, roads and residential buildings were seriously damaged. Thousands of local residents were evacuated. Unfortunately, there are fatalities and injuries.

As we can see, people living in different regions of our planet suffer from cataclysms that hit suddenly and unexpectedly.
Understanding that these processes are beyond human control and that we need to look for ways out, gives us a chance to survive climatic catastrophes.
But we can use this chance only by joining the efforts of each of us.

In this regard, the project "Creative Society" is being implemented on the platform of AllatRa International Public Movement.

Natural disasters once again show that it is time for modern civilization to take urgent measures to unite peoples into one big friendly family.

Friends, summing up our episode, we see that the sudden cataclysms all over the world are a vivid example of the fact that the raging nature does not care about our ranks, our positions, our social statuses, social connections or the number of accumulated so-called "material goods" and absolutely every inhabitant of the planet can be captured in the trap of the force of nature. In such situations, people instantly lose everything that they once thought was valuable and recall what is of true value - Life. Our own lives, the lives of our loved ones, and those of other people who are in trouble. But unfortunately, when a society is dominated by the consumer format of thinking, in such situations a person is always left one-on-one with his or her own grief. However, the way out, dear viewers, has already been found! And it lies in the fact that with the Creative Format of Relationships in the whole society, every person will be confident in the future, and in general, it will allow us to minimize the consequences of the ongoing climatic disasters.

If you have witnessed climate change in your region, please send us your video reviews by email [email protected]

WHAT IS THE CAUSE OF THE FIRES? Wildfires in Calif...
07 September 2021 952
View all
Contact the Movement participants
from different countries via ALLATRA IPM Coordination Centre
We welcome you to join
ALLATRA TV
Subscribe to the Telegram channel