Just start with a small deed. Sergey from UAE about participations in ALLATRA IPM

Just start with a small deed. Sergey from UAE about participations in ALLATRA IPM In this life vlog Sergei from Dubai  is sharing his experience of participating in The International Public Movement AllatRa. He’s been with the movement for around three years. How did he start his journey? 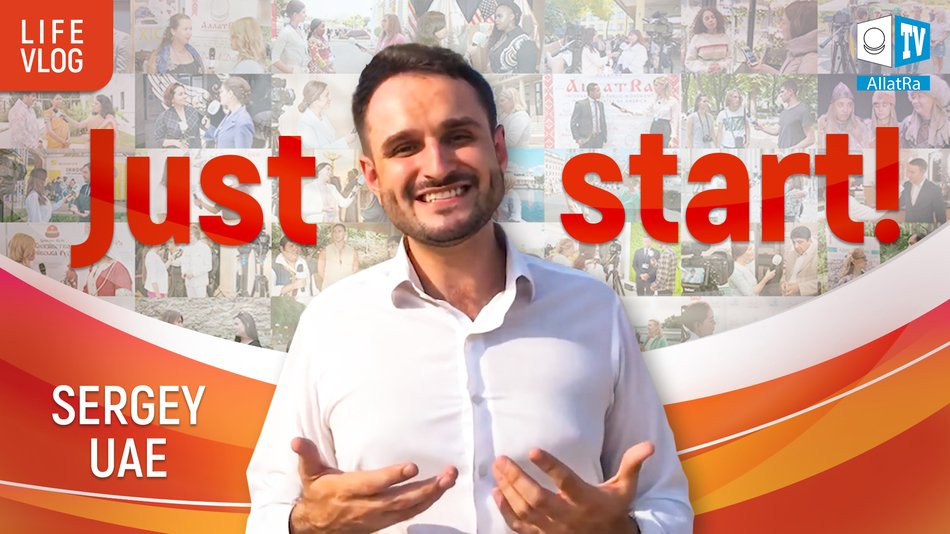 Just start with a small deed. Sergey from UAE about participations in ALLATRA IPM
15 August 2020
( 2 )
subscribe:
Leave a comment

In this life vlog Sergei from Dubai  is sharing his experience of participating in The International Public Movement AllatRa. He’s been with the movement for around three years.
How did he start his journey?
At the very beginning, when he got acquainted with books, he was reading them for one month an after he stopped, diving into his carrier and everyday routines. After a couple of years he turned back to this knowledge, he watched the programs with Igor Mikhailovich Danilov and this time he was more devoted to the idea of becoming a part of the movement.  Although his consciousness was somehow against this idea, he chose the right way to get rid of all the doubts.
While reading the books by Anastasia Novykh for the second time he made the internal decision to become a participant of something notional, something, that he had been searching for all his life. The decision itself came while he was doing a meditation and came to a conclusion that he had been living a life of an egoist. So, the first thing he decided to do was to call the people and say sorry for all the irrelevant things he did in the past. Sergey understood that it doesn’t matter the exact date when your journey started, since it goes on and brings happiness to your life.
He had also made some investigations in different scientific spheres and discovered the proofs for the AllatRa knowledge, mentioned in the books of A.Novykh and mainly in the AllatRa Physics, and it made his intention stronger.
The next step was to start the diary, but the thoughts came like: “What do you need it for? You know the information; it’s in your head, no need to write it.” But it was just another trick of the consciousness, because without the diary it’s hard to understand who you really are, who your personality is and so he did it.
After Sergei first came to a coordination center, he still had that ambivalent feeling: he wanted to make videos, but the thoughts that he was dressed improperly, or wasn’t shaved good made him confused. He had other thoughts, giving arguments why he shouldn’t do that, but he won the battle and made that next step.
So, now, taking interviews with many people from all over the world, our friend is happy to be a part of it, to get know the people better. He says that once you come, you need to have a YES-man attitude and decline the thoughts of quitting.  Sergey advices to write down all the positive moments you have in your life, trace your feelings  and try your best to stay in this condition as long as it is possible.
For Sergey AllatRa projects have become the way to say Thank You. It’s the way to get rid of one’s internal egoist and turn yourself to the spiritual world and serving the humanity. When you have a candle in your hands – you carry the light, but when you share this light, by passing it to others – you together create thousands of candles, lighting the entire world with happiness and love.
Whatever your consciousness is telling you, just don’t give up and go ahead, try yourself in AllatRa projects, bring the knowledge to your friends, be a candle to light the world.