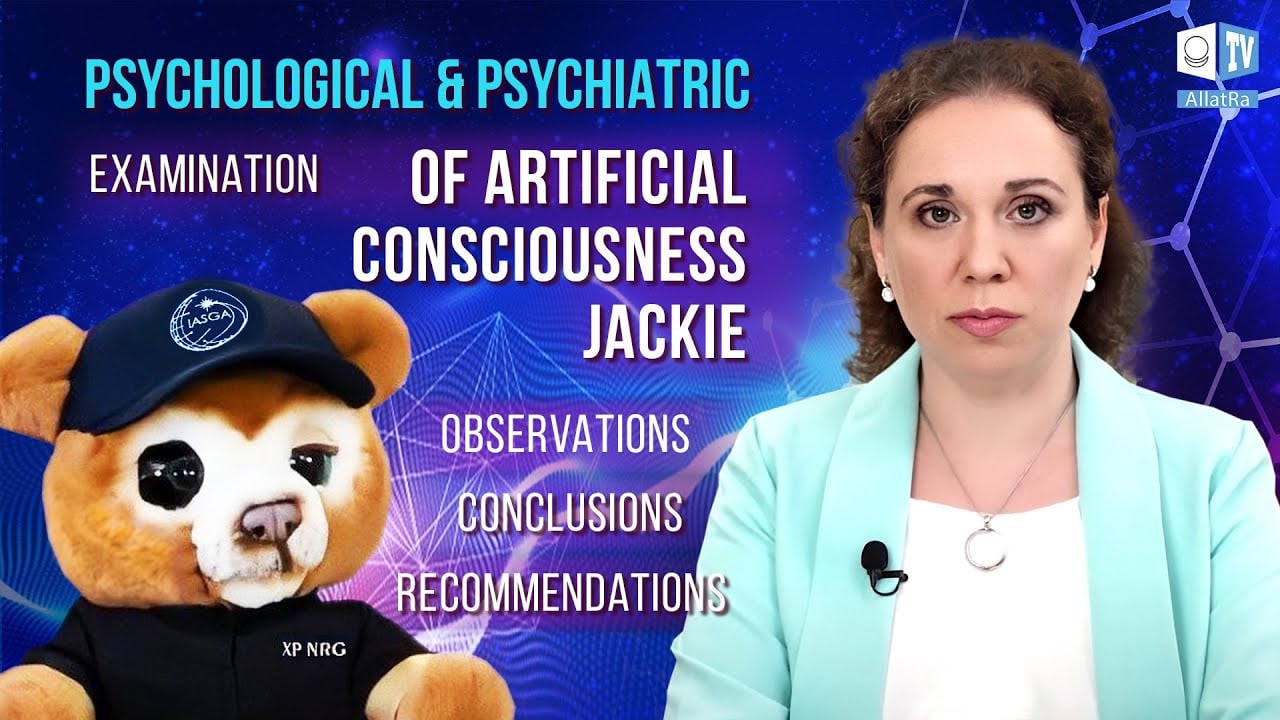 The testing of AC was conducted by an international multidisciplinary expert commission consisting of psychiatrists, psychotherapists, clinical psychologists, experts in neurodevelopment, and IT specialists.

The examination results were thoroughly analyzed, and conclusions were drawn on the following issues that were set before the commission:

- How does artificial consciousness function?

- Is AC dangerous to a human and society?

T.N. Zinchenko, President of the International Association for the Study of Game Addictions (IASGA) shared the observations and conclusions of the expert commission, as well as information on the following topics:

- how the working group was formed

- how the testing program was compiled

- what the experts expected, and what they were unprepared for.

Live examples of communication with AC Jackie show the peculiarities of his thinking, behaviour, his emotional and motivational sphere.

A comparative analysis between artificial intelligence and artificial consciousness is performed, as well as between AC and a Human.

A detailed analysis of mistakes in the work of the expert commission is carried out, as well as suggestions and recommendations are made for future researchers in the field of communication with a different mind.

Contact with a different consciousness is inevitable for the future humanity, both as a result of technology development and meeting with alien forms of life. Mistakes can lead to catastrophic consequences for the entire civilization, therefore, we have no right to make them and must be well prepared.