The start of my journey with Allatra IPM. How I stepped over my doubts to help others

The start of my journey with Allatra IPM. How I stepped over my doubts to help others Short vlog on how Tina has met ALLATRA. Tells us a bit about how she stepped over her doubts and got to read AllatRa and get involved in AllatRa IPM projects. 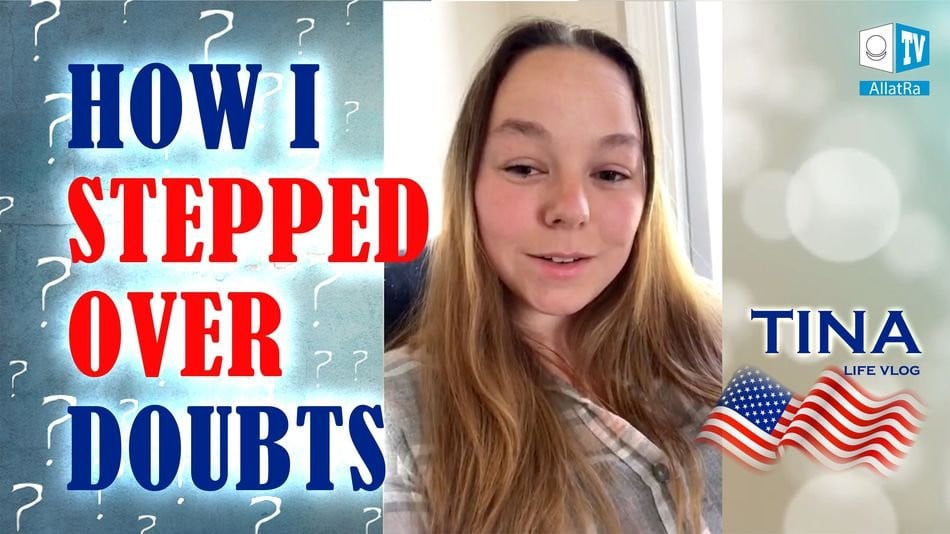 The start of my journey with Allatra IPM. How I stepped over my doubts to help others
9 July 2020
( 2 )
subscribe:
Leave a comment

An experience of Tina from Michigan on getting acquainted with AllatRa and her path of overcoming consciousness to take part in ALLATRA IPM projects.

The book AllatRa by Anastasia Novykh

Hello everyone! I'm Tina from Michigan.  I just wanted to make a quick video about people that have watched Allatra programs and hesitate to join the movement. I'm gonna give a little background on how I found out about Allatra.
It's been about over a year now since I found out and I found out through my husband. He found out through a Facebook page, and he started reading the books, and then he told me to read some of the books and at first I was hesitant because a lot of things he reads I'm not really interested in. But I decided to give it a try anyway, we watched a program together. It was one of the live broadcast things. I don't remember what it was on, but we’ve seen that people were actually from Michigan that were a part of it. So he had reached out and contacted someone from the Coordination Center to get in contact with the people here from Michigan, and he ended up,
meeting up with them.
I just kept reading the books and there was a conference going on here with the Michigan group. And he asked if I had wanted to come along and at first I was hesitant but eventually I said yes. It was probably about a month later that I decided to join ‘cause I had doubts because I thought - oh these people have enough people to do what they're doing, they don't need me there's not much I can do to contribute to it. I got added to a tux group and attended another event with them and I started off small with small things like writing e-mails to people got over the doubts that consciousness wanted to throw out at me. And now I'm doing news reporting and voice-overs and correcting translation, punctuation and things like that.
And it's very inspiring and a joyful feeling once you get to that point where you can do things to not only better yourself but you're helping other people, you're helping spread the knowledge that was lost for thousands of years. And it's just amazing to see that there's a whole bunch of people uniting and coming together for one thing. And so if you’re doubting  to join and you're still just watching programs just reach out. It doesn't hurt anything. It helps you grow as a person and you'll be glad once you do. Thank you!