FIRES in CALIFORNIA 2019. Cyclone Hikaa in Oman. Storm Nestor in USA. Flood in Saudi Arabia. ALLATRA TV reporters - volunteers and eyewitnesses from all over the world, continue to cover massive climate changes all around the world. Fires in California. Cyclone Hikаa in Oman, floods in Yemen. Storms in USA, France, Indonesia. Floods in Saudi Arabia and Japan. Titley cyclone in India. 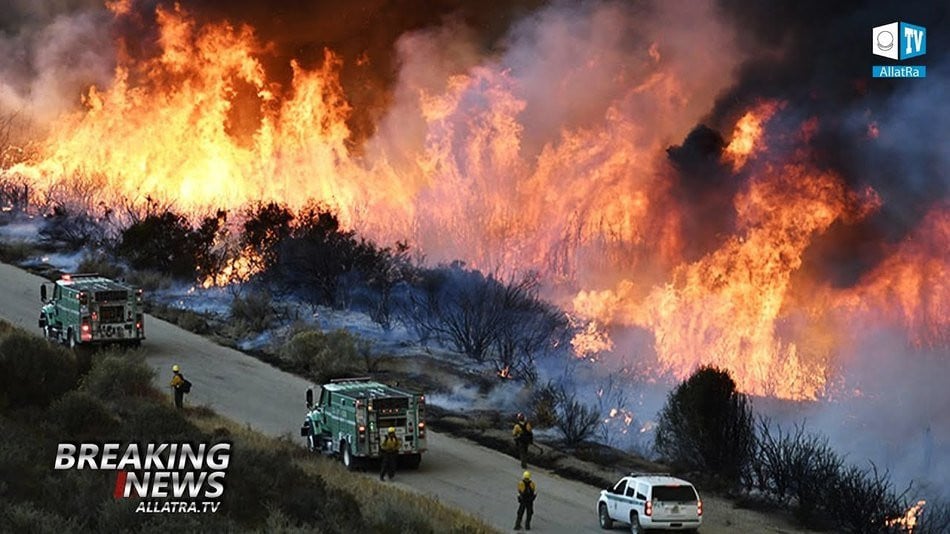 ALLATRA TV reporters - volunteers and eyewitnesses from all over the world, continue to cover massive climate changes all around the world.

If you would like to TAKE PART in creation of Climate BREAKING NEWS on AllatRa TV together with other volunteers of AllatRa IPM from all over the world, please write us: [email protected]

Watch in this episode of Climate Breaking News:

STORM NESTOR IN USA. STORMS IN FRANCE AND INDONESIA

We cannot influence the climate. GLOBAL CLIMATE CHANGE IS INEVITABLE. But WHAT can we, PEOPLE, DO TODAY so that there is TOMORROW for HUMANITY ?

Ways to solve and the way out of current  situation watch in the programme on ALLATRA TV: