Common magic and car purchase. Insights without masks. With Alyona from Borispol. Life Vlog After watching  the programme ”Consciousness and Personality. From the inevitably dead to the eternally Alive”, I started to understand the work of my consciousness in a new way, to separate it from myself, to see clearly and distinctly where and how it usually acts in specific everyday situations.  In  practice and in real situations, a true distinction appears – where something is genuine is and where it is not, where the alive is and where the dead is. And I share these understandings, life examples in a life video `Insights without masks`. I would love to get feedback, comments and am grateful for the experience! 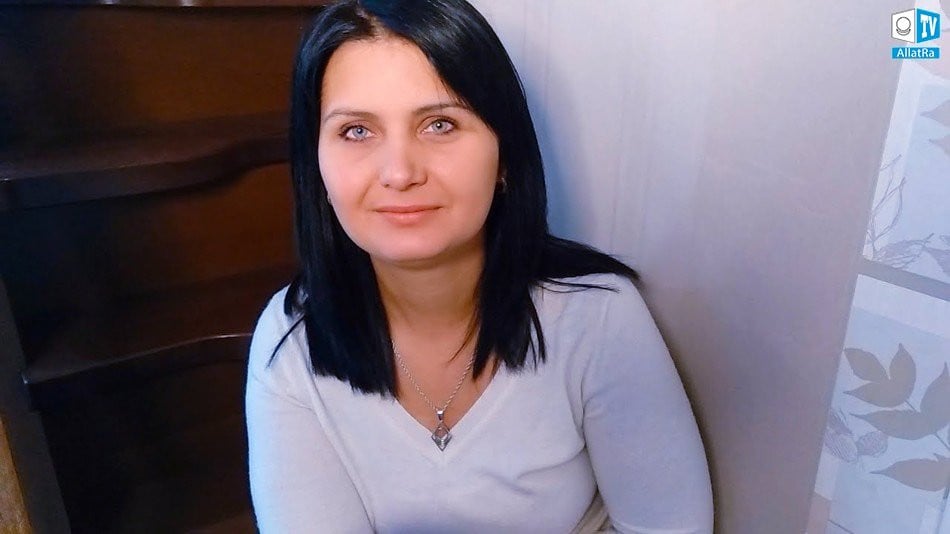 After watching  the programme ”Consciousness and Personality. From the inevitably dead to the eternally Alive”, I started to understand the work of my consciousness in a new way, to separate it from myself, to see clearly and distinctly where and how it usually acts in specific everyday situations.  In  practice and in real situations, a true distinction appears – where something is genuine is and where it is not, where the alive is and where the dead is. And I share these understandings, life examples in a life video `Insights without masks`. I would love to get feedback, comments and am grateful for the experience!

Hello everyone!
My name is Alyona and I'm a participant of ALLATRA International Public Movement.

The latest great present to me  was the programme `Consciousness and Personality. From the inevitably dead to the eternally Alive`. After watching this programme, I was overcome by many insights, I finally saw that beast which is inside me and which tells me how to live. I saw that this beast is not me, I am not what it is. When I have an inner impulse, inner desire to be just a normal, good, sincere and honest person while it pushes me to some actions which I absolutely don’t understand, to some jabs at my friends, to some pettiness. But I am a spiritual person, I can’t do bad things and can’t talk badly, I’m good, I’m spiritual and that's why I noticed that my consciousness doesn't work with me in large-scale projects. As a rule, it works at some trifles: to jab at somebody or to be a little sarcastic somewhere. And in this way, in these small situations, it works in such a petty way, little by little and I understood, I realized that there are no small things. With every single small thing, with each drop, my consciousness is eating me like the water dripping wears away the stone, there is no other way to express it.

Recently I had a very interesting situation - I needed to buy a car. I’ve already bought cars in my life. And I have to say that each time it gets on my nerves, it causes anger and I have to resolve a lot of issues and other things. But this time I said to myself `That’s enough!` and of course, the programme helped me with this. I saw the work of my consciousness in myself and it helped me. How? In fact, everything was really easy. I needed a car, that's fine. We chose one, I went there and saw it, we decided to purchase it. Then it turned out that we had to wait a week before picking it up. And my consciousness actively tried to show me pictures like I was already sitting in this car, like I was already driving it. It was even trying to make me feel like I was inside of the car. But thanks to the programme, I understood that all this was magic! This was the magic which I used to practice during all my past conscious life. I did it all the time, I planned some meetings, some conversations, my future day and I considered it to be normal. I thought if I planned something, it was normal. But if I wrote it down in my notebook, kept my diary, and especially after watching the programme, when I started monitoring it, let’s say, if I had planned to go there, to do this, to buy that there, and all the rest, then, as a rule, nothing that I had planned happened the way I’d imagined and wanted it. Meaning, it showed me that my consciousness lies to me. It lies to me every single second.

And the moment with the car and the magic was very, very unpleasant, it was very like... Such a feeling, I understood that I am the Personality. I can really feel when it wants to draw me into something that I don’t need at all. And while I’m in a calm, normal, usual human state I can see all this and it’s impossible to deceive me. I myself have to agree, I myself have to want to do this. I am extremely grateful to Igor Mikhailovich Danilov, that in the programme he revealed those issues of magic because I understood a lot, I understood that my consciousness actually needs genies and it doesn't want anything else. And it doesn’t want to work, it doesn’t want anything at all. It’s only interested in something inexplicable: some dirty tricks, some nastiness... I can't even express it in words, it is something very sticky, very nasty, very bad.

After all, the most pleasant, the best thing that remains with me is that I’m trying to identify myself as Personality. I’m trying to understand, not even to hold on to it, but to be in this state all the time, because you can’t really confuse this state with anything else, because it’s a kind of an inner understanding.

For example, let’s say, I have a question. Where does my attention go while trying to resolve this question? And it turns out that I have two options.  My attention goes into my head. From my head, consciousness will show both pictures and answers and questions, and how it will be and how it won’t be, - it will show and tell everything. While in the solar plexus area, it’s different, it’s tender and soft. And if I understand that it’s not the right decision to make, it shrinks a little, gets a little heavy, it’s like... I understand subconsciously that it’s not the right decision. When I’m making right decisions and when my consciousness wants to distract me with its thoughts, to tell me that I’m not going in the right direction, not doing the right thing, then I ask my inner self a question and I feel this incredible tenderness, love and just a feeling of such peace, I understand that it’s right, it’s the truth, it’s just the most true thing that can be.

And I can only say that I’ll be watching this programme a thousand and one more times, because with  every new viewing, with every new even a 5-minute viewing, I get some new insights, new understandings. It’s a very big help to me as Personality, in finding the real me.

About relationships. ALLATRA LIVE
31 May 2020 1188
View all
Contact the Movement participants
from different countries via ALLATRA IPM Coordination Centre
We welcome you to join
ALLATRA TV
Subscribe to the Telegram channel