Prospects on Modern Society Development | ALLATRA News. LIVE #29 Today, unique information about the colossal prospects for the development of modern society is given to all people in different parts of our planet. 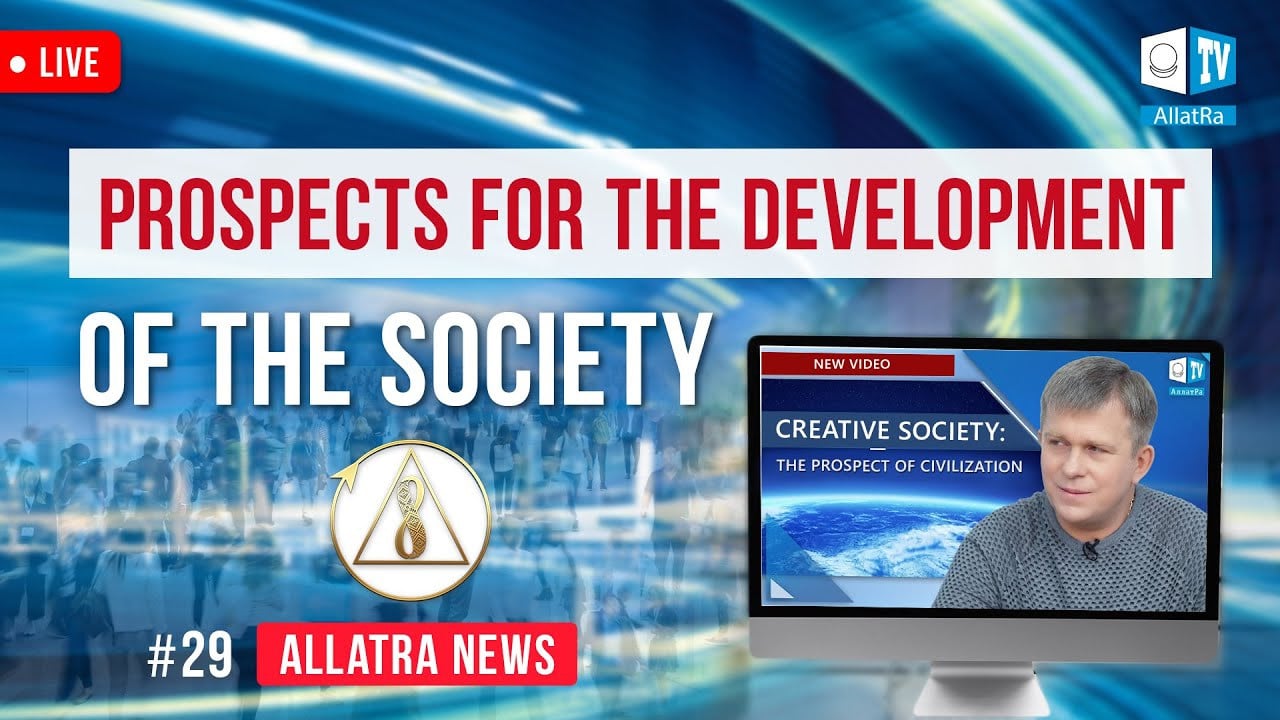 Today, unique information about the colossal prospects for the development of modern society is given to all people in different parts of our planet.

Everyone’s choice is important for further breakthroughs in various spheres of human life.

Release of the program on the prospects for the development of modern society.

The ALLATRA TV channel posted an exclusive interview with Igor Mikhailovich Danilov “Creative Society - Opportunity for our Civilization,” where extremely important information about unification of all people in the face of upcoming global catastrophes was brought up.

Soon on ALLATRA TV around the world!

With the aim of informing and uniting all people, volunteers of the ALLATRA IPM initiated an international online event - a conference dedicated to the topic of building a society of a new format – “Creative Society. Together we can. "

On December 20th, 2020, the event will be broadcast on ALLATRA TV with simultaneous translation into multiple languages.

Announcement of the online conference "Kaleidoscope of Facts 5"

On August 13th, 2020, ALLATRA TV channel launched a large-scale research project "Kaleidoscope of Facts," in which volunteers conduct collective research and disclose the truth about the history of our civilization. Unknown facts, lost history and research completed by independent scientists are now becoming public knowledge.

On December 13th, the 5th episode of the "Kaleidoscope of Facts" will take place, where information about the purpose of the pyramids and their connection to each other and other planets will be disclosed.

Translation of the program "Creative Society" into different languages.

Thanks to the active engagement of the ALLATRA IPM participants, a unique and very important program with participation of Igor Mikhailovich Danilov has been professionally translated and dubbed in many languages: Czech, Slovenian, Ukrainian, English, French, Italian, Spanish, German and Polish. Also, subtitles have been created in Portuguese and Uzbek. Now even more people will have the opportunity to find out important information in their native languages and learn that we can build a Happy society in which everyone will live happily and safely. By conveying information about the unique prospects for the development of modern society to the maximum number of people, we are already changing the world for the better.

Round table "People in Australia for Creative Society"

Thanks to the initiative of caring people, every day information about society of the future is being spread around the world. It is a great joy when people from different cities and countries speak with inspiration that it is important for us to unite and act today. Participants from Australia supported the idea of changing the world for the better and organized a discussion in which they talked about the importance of changing the vector of development of our civilization.

The evolutionary leap for our civilization is real!

We, as humanity, are at a critical point in our development. And we can change the situation only by uniting and creating such conditions under which the prospects for the development of modern society will become a reality for the entire civilization. Whether we will be able to make an evolutionary leap from the abyss of the consumerist format into a completely new format of human relationships depends solely on the choice of each of us. After all, only together we can build a better future. Join us!