About 2,000,000 Chinese in disaster zone | Shocking truth from Haiti earthquake eyewitness In mid-October 2021, a massive flood killed dozens of people in Shanxi Province in northern China. According to meteorologists, the average rainfall in the region in October was 13 times greater than during the same period in other years. 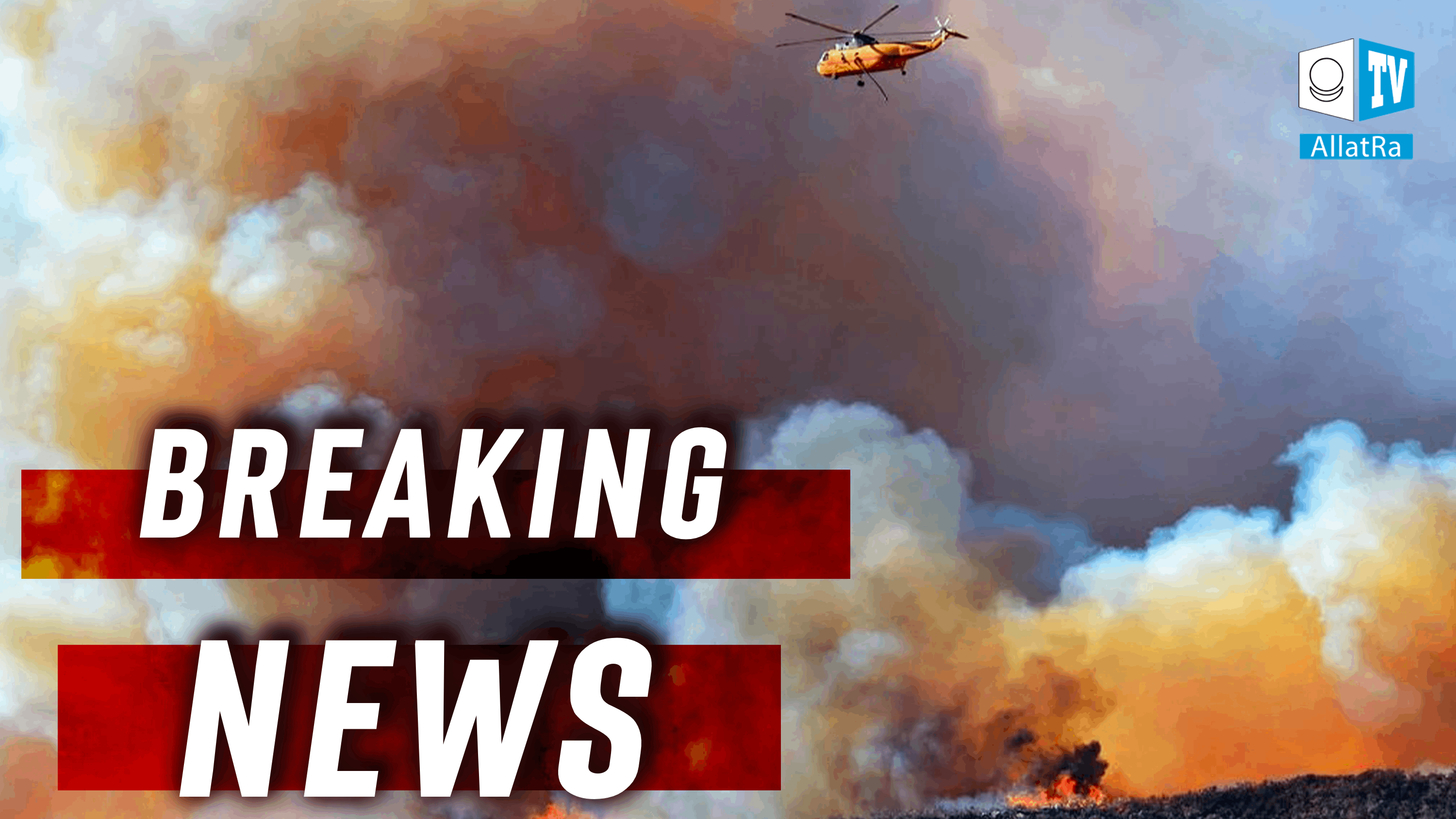 In mid-October 2021, a massive flood killed dozens of people in Shanxi Province in northern China. According to meteorologists, the average rainfall in the region in October was 13 times greater than during the same period in other years. The province is China's largest coal mining center, accounting for a quarter of the country's coal production. The rains led to the closure of 60 coal mines in Shanxi. About 2,000,000 people were stranded in the disaster zone.

At the same time, tropical typhoon Lionrock struck Hong Kong. It brought heavy rains and hurricane-force winds to the area. Several people were injured. Unfortunately, there were fatalities.

A level eight storm warning was announced out of a possible 10.

On October 11, a wildfire started in Southern California on the Santa Ynez Range and headed toward the ocean. It was given the name Alisal. Within just a few days, the fire covered more than 5,000 acres and led to the closure of the state's main highway and the evacuation of dozens of local residents. Fighting the fire was hampered by high winds. The fire spread with incredible speed. It destroyed dozens of mobile homes and RVs. At least 1 person was seriously burned.

On October 13, Category I hurricane Pamela struck the coast of Mexico and subsequently became a tropical storm. It brought heavy rains, strong winds, and high waves. Wind speeds reached 120 km/h. The storm also caused coastal flooding in Mazatlán, Sinaloa. Roofs were ripped off, trees were knocked down, and houses and buildings were damaged.

Two months ago there was a very destructive 7.2 magnitude earthquake in Haiti. We were able to get in touch with an eyewitness of this event, François. He shared his experiences and told us about the situation of the people after this earthquake.

On the Canary island of La Palma about 700 more people have been evacuated because of the increasing activity of the volcano Cumbre Vieja.

It is worth noting that since the beginning of the eruption, about 6,800 people have already been evacuated. The red-hot lava flows destroyed a cement factory in the industrial area. As a result, a cloud of smoke was formed, due to which about 3.5 thousand people were temporarily unable to leave their homes. In addition to this, on October 12, there were 64 seismic shocks in just one day on the island, the strongest of which had magnitude 4.1, according to the National Geological Institute of Spain.

On the same day, a strong tremor shook the island of Crete in Greece. Find out more about this and other natural disasters in Greece and Italy in the issue.

At the moment, there are no technologies on the planet that would help to cope with environmental pollution and even less so with the consequences of climate change. Neither waste sorting nor recycling takes place without harming the environment. And the level of reuse is very low because it is not profitable for most industries.

The consumer format of society lacks a comprehensive approach to solving environmental and climate problems. We humans need to take active action to save the planet and survive.

The survival of all mankind depends on everyone's participation and action. Only together, united on the basis of spiritual and moral values, we can create a new society - the CREATIVE Society.

In such a society, each person's activity will benefit all of society and planet Earth.

RELENTLESS fires. Emergency evacuation of people....
24 August 2021 908
View all
Contact the Movement participants
from different countries via ALLATRA IPM Coordination Centre
We welcome you to join
ALLATRA TV
Subscribe to the Telegram channel