THOUSANDS KILLED and over 1,000,000 injured → Haiti. Floods → Turkey, Russia. Fires in Europe On August 14, 2021, the strongest earthquake of magnitude 7.2 in Haiti killed thousands of people and affected more than 1 million. Debris flows and landslides blocked roads between cities. Recovery from the aftermath continues. 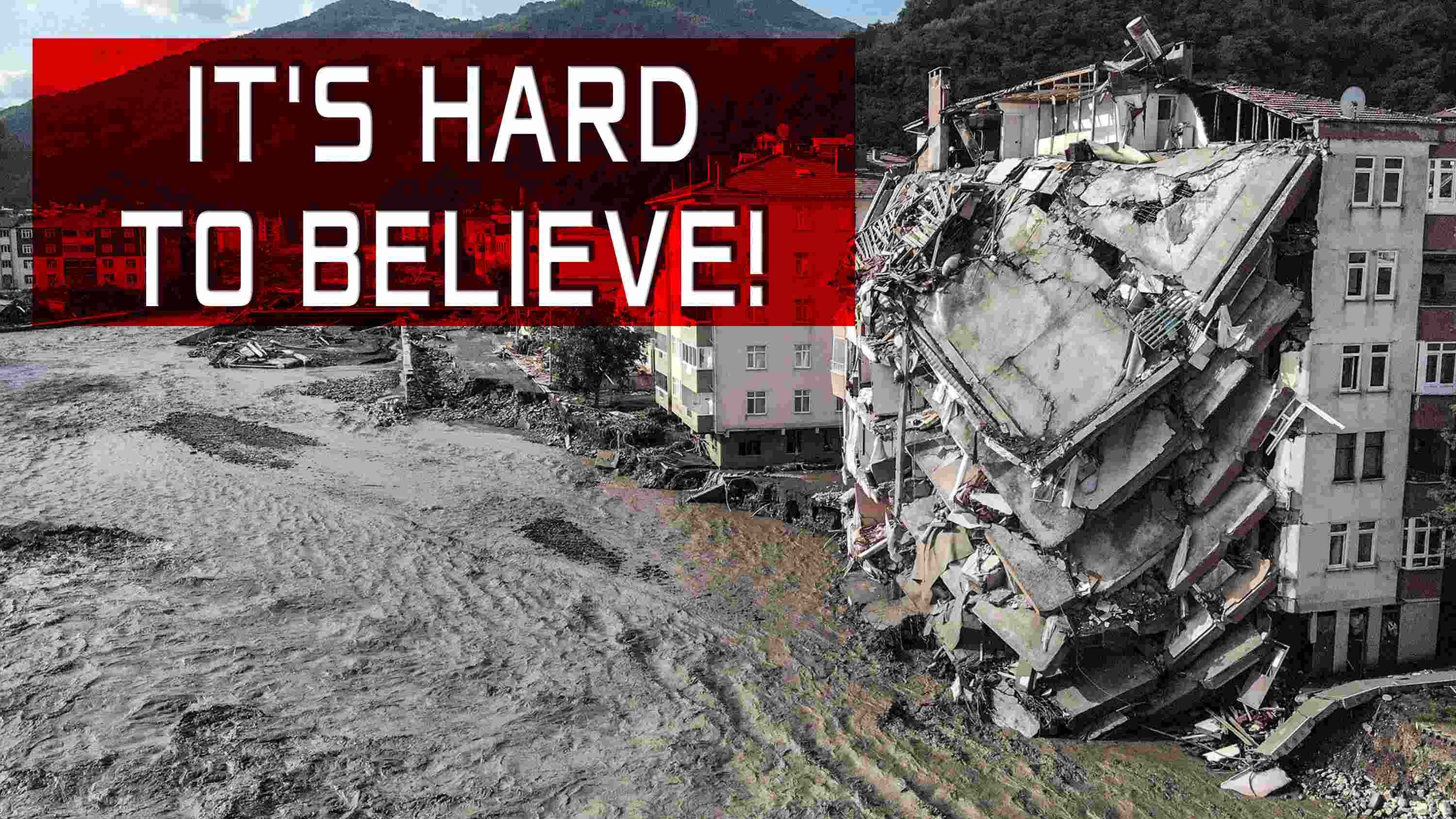 On August 14, 2021, the strongest earthquake of magnitude 7.2 in Haiti killed thousands of people and affected more than 1 million. Debris flows and landslides blocked roads between cities. Recovery from the aftermath continues.

In the aftermath of the devastating seismic event, another storm hit Haiti. Tropical Storm Grace struck tent camps housing people who lost their homes after the earthquake. Heavy rains turned the tented camps into a sea of mud, and strong winds tore down makeshift tents.

Watch more about this and other cataclysms in this episode:

July 2021 was the hottest month on Earth in recorded history since 1880. Scientists from the U.S. National Oceanic and Atmospheric Administration announced this. Also, it is noted that since 1970, global surface temperatures have risen faster than in any other 50-year period over the past 2 thousand years.

The new temperature record of +48.8°C was recorded on August 11 in Sicily, near the city of Syracuse. The cause of the unprecedented heat was an anticyclone called "Lucifer". Hot winds caused severe forest fires in the southern part of Italy.

August 17, a thunderstorm front with wind gusts up to 90 km/h has passed through the territory of Belarus. Unfortunately, there were casualties. The strong wind blew down trees, damaged cars, billboards and roofs of buildings, left more than 500 residences without electricity. The city of Minsk also experienced some waterlogging of roads and traffic disruption.

At the same time in the Republic of Turkey, abnormally heavy rains were replaced by forest fires. Unfortunately, there are dead and missing people. As a result of the disaster houses and bridges were demolished, and the floodwaters swept away cars leaving many roads impassable. Hundreds of settlements were left without electricity.

Torrential rains and storms hit Austria and Germany on August 16 and 17. There were reports of devastating floods and landslides, damage to infrastructure and flooded buildings. Sadly, there are fatalities, injuries and missing people. Also in northern Germany, a tornado damaged more than 50 homes in Lower Saxony. A state of emergency has been declared. The strength of the storm was described as unprecedented in the region.

In mid-August 2021, continuous downpours in Japan again caused catastrophic flooding and landslides. Sadly, this resulted in the loss of life, and there were also missing people.

The area of wildfires in Russia exceeded 17 million hectares from January till August 16, 2021. This is a record for the last nine years. Catastrophic fires continue in the southern Ural, Yakutia, the Irkutsk region and other regions.

Extensive forest fires broke out in the middle of August in Israel and Spain, and new spots of fire reappeared in populated areas of Greece.

The consequences of climate disasters can only be dealt with when all of humanity knows the truth about their true causes. 23 experts in solar physics and climatology from 14 countries around the world refute the concept of the anthropogenic factor as the cause of global climate change. They conducted a comprehensive study and concluded that global temperature changes since the mid-19th century are mainly due to natural cycles. Specifically, long-term changes in solar activity.

People do not know about the true causes of climate change. And therefore do not have information about the real threat to their lives and their loved ones. Now in the consumer format, with total lies and manipulation, we are all already at the edge of an abyss. Synchronization of natural cataclysms and their significant intensification in geometric progression leaves us no time for illusions.

At the conference "Global Crisis. This Already Affects Everyone" the whole world heard the Truth about the causes and consequences of global climate change on the planet.

And in order for everyone to know this truth, it is necessary to actively share information from the conference and about the only way out of the global crisis - the Creative Society.

RELENTLESS fires. Emergency evacuation of people....
24 August 2021 880
View all
Contact the Movement participants
from different countries via ALLATRA IPM Coordination Centre
We welcome you to join
ALLATRA TV
Subscribe to the Telegram channel